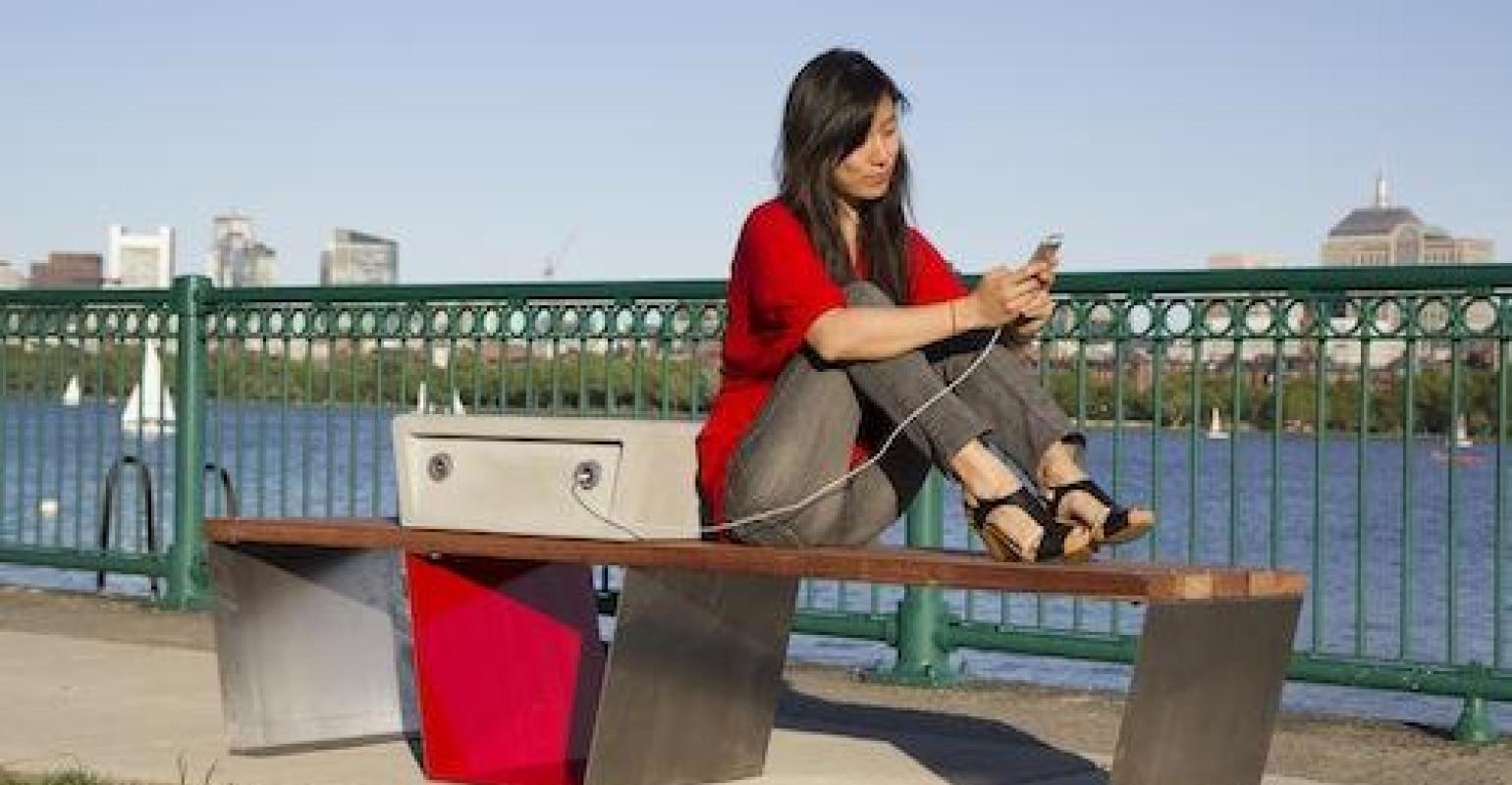 People have come to depend more and more on their smartphones, using them heavily throughout the day to stay in touch and browse the Web. But smartphone batteries haven't necessarily lived up to this demand and often lose battery life throughout the day, sometimes in places without access to a power source.

Three entrepreneurial women -- two out of the MIT Media Lab -- have come up with an answer to this problem in the form of Soofa, a solar-powered, smart bench that offers mobile device charging, among other services.

Soofa is the brainchild of MIT's Nan Zhao and Sandra Richter, as well as Jutta Friedrichs of Harvard University, who formed Changing Environments to create the bench and other types of urban furniture to create smarter cities. 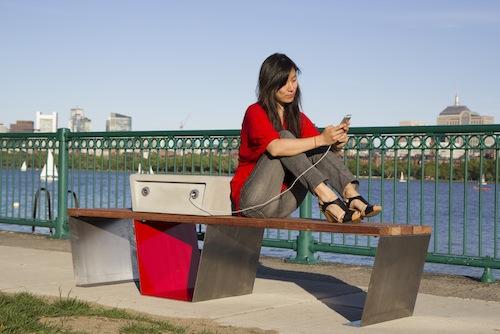 "There is a lot of talk about smart cities, but most 'smartness' is developed for the home or for personal devices," co-founder Friedrichs told Design News in an interview. "We wanted to upgrade the urban environment. New functions and more performance are added to smart phones everyday so that we can become more mobile with all information at our hands at all times. But this also means that we are constantly running out of battery. Soofa provides an urban charging hub where people can charge their devices while resting and meeting new people."

Soofa is a solar-powered bench with a several services for the busy urbanite, and is the first product from Changing Environments. In addition to offering charging stations for mobile devices, the bench also provides location-based information like air quality and noise levels through sensors that take readings and then upload data to Soofa website.

This latter recording of environmental data looks to be becoming a bit of a trend in cities. Chicago, for example, is testing the installation of sensors in streetlamps that take similar data and even log how many people pass through certain areas of the city based on mobile phone traffic.

Soofa uses Verizon's 4G LTE network for its wireless connection and to send data through a Verizon Innovation Program partnership Changing Environments has with the wireless carrier.

The Soofa bench looks fairly standard except for a solar-panel stand with two ports for charging devices. A video on YouTube gives a brief demonstration of how the bench works.

There are a few Soofas that have currently been deployed, and the company is taking orders for new ones. The primary installation is in the Boston area, both in the city itself in the Boston Common and in nearby Cambridge on the MIT campus.

"The Soofas have been very successful from the first day of installation, with an average of 17 people charging for 12 hours per bench per day," Friedrichs said.

The company is currently looking at placing Soofas in two new Boston locations from 400 suggestions received by the public, she said, and is also talking with other cities, which should have Soofas by early next year. After that, Changing Environments plans to send Soofas overseas.

Friday Funny: Facing a Flood? Your Solution Is a Huge Water Balloon
Jul 09, 2021