ROS 101: An Intro to the Robot Operating System 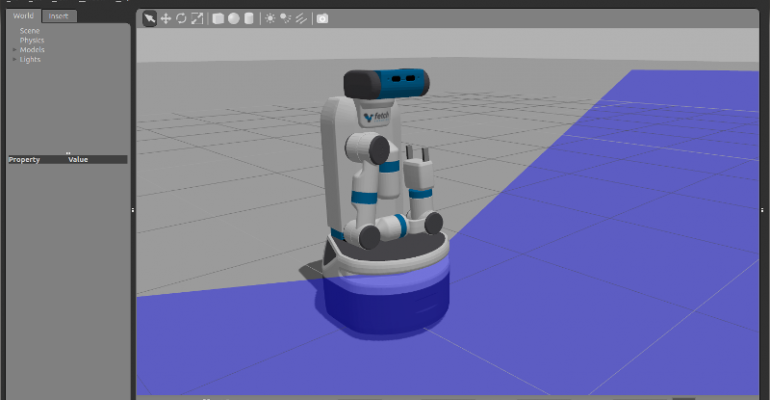 Here's everything you need to know about the open-source Robot Operating System (ROS) and how you can get started creating your first project!

First released in 2007 by two Stanford PhD students who observed their colleague’s lack of entry into the robotics field, the Robot Operating System (ROS) was developed to be a distributed and modular open-source platform for robotics software development. Makers, engineers, researchers, and educators can use as little or much of the modular library functions for their robotics designs and projects. The distributive abilities of sharing modular software component packages is the major appeal of ROS within the robotics community. And there are currently over 3,000 software component packages contributed by the Open Robotics community, creating thriving ecosystem for ROS.

Although ROS is not operating system in the vein of Windows 10 or Linux, the software development platform provides a system of nodes that allows interprocesses to occur within the target’s intelligent platform. These interprocesses allow the sharing of functional messages to occur within a robotic architecture. The architecture of a ROS system consists of five components: a ROS Master, nodes, publishers, subscribers, and topics.

Here is a brief primer on ROS system components:

An executable file within the ROS system to allow communication among another node.

A message that is transmitted by a node or topic within a ROS system is known as a publisher.

A message that is received by a node or topic within a ROS system is known as a subscriber.

The publishing and subscribing of a message of a specific name type is known as a topic.

Each of these software components allows a robotic system to move, sense, monitor, and process a variety of signal and imaging data.

Once the Linux distribution is installed on the RPi 3, the ROS distro library is required. There are several ROS distro libraries known as (ros_lib) packages to select from at the ROS.org website. Each revision level has new library packages, services, and software bug corrections to improve the user experience with the ROS. For this project build example, ROS Melodic was installed on the RPi 3. Before proceeding with the ros_lib installation, a workspace directory is required. Creating a workspace directory requires opening a Linux terminal. The directions to create a workspace directory can be found at the ROS.org website. The Linux commands required to install Melodic onto the RPI3 are below (you can copy/past them into a Linux terminal screen to save time):

This installation build includes the commonly used robot programming and simulator packages of turtlesim and Gazebo.

The turtlesim simulator allows Python robot algorithms to be developed and tested using a 2D turtle.

The final stage of the ROS project is the execution of the software code on a RPi 3 and an Arduino Uno.

Running the entire project requires the use of multiple terminal screens initiating specific ros_lib commands. The first Linux command to allow the ROS Master to monitor and manage communication with the Arduino Uno node is “roscore.” The roscore command allows the hello world publisher code to be sent from the RPi 3 to the Arduino Uno. The chatter topic encapsulates and sends the publish hello world message to a Linux terminal screen.

The second Linux terminal screen will display the chatter topic of hello world.

The initial ros_lib hello world Arduino Uno sketch (code) can be modified to publish new messages. Although the transmission message rate is set for one second, the publishing time can be change appropriately within the hello world code.

There are also other examples provided within the ros_lib package that can be explored on the Arduino Uno. Some examples include: blinking an LED; monitoring an electrical pushbutton; and operating a servo motor. Additional, information on ROS, ros_lib, the system model, and using the Arduino Uno can be found on the ROS.org website.