HomeIndustryMaker/Gadget FreakNow Witness the Power of These DIY Star Wars Drones
Recent
Industry
AAA Testing Highlights Automated Driving Failures
May 25, 2022
Top 10 Semiconductor Suppliers of 2021
May 25, 2022
Strategies to Reduce Noise and Vibrations in Vehicles
May 25, 2022
NI CEO Says Data and Testing Key to Future Technology Success
May 25, 2022
POLL
NASA Space Missions: To Infinity and Beyond
May 25, 2022
Rivian Patents Automated EV Charging Connector
May 24, 2022
3D Molding Analysis Software Moves to Smart Design
May 24, 2022
'A Game Maker's Life' Book Looks Back at the Invention of Iconic Toys
May 23, 2022

Now Witness the Power of These DIY Star Wars Drones 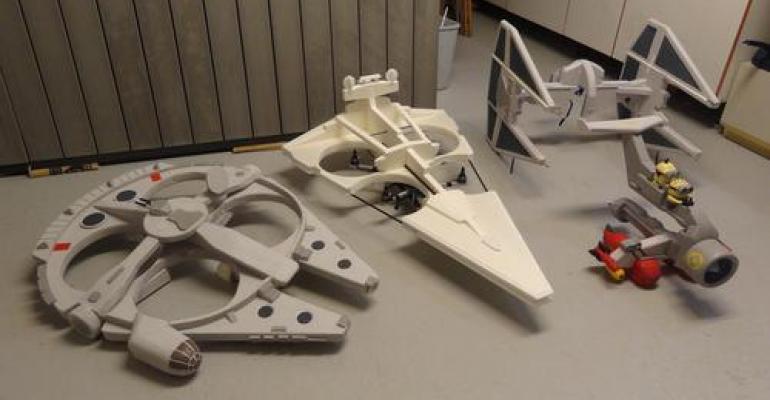 A maker based in France who goes by the handle Olivier C has been building a series of drones patterned after the famed vehicles of the Star Wars saga. His most recent project is an Imperial Star Destroyer but he's also completed a TIE Fighter and Millennium Falcon. 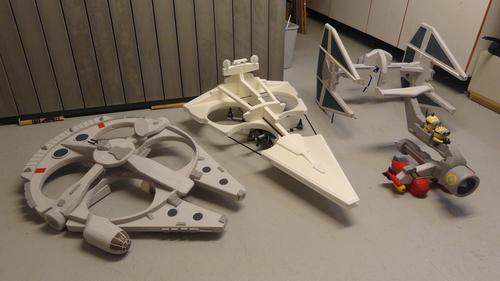 Olivier C has detailed his entire build on the forums of RC Groups -- building the custom frames out of URSA extruded polystyrene (XPS) foam mounted onto a custom built quadcopter he calls the Prophecy 25:

Parts for the frame:

Full plans for building the quadcopter are available here.