Moving Tech Into the Background With Connected Clothing 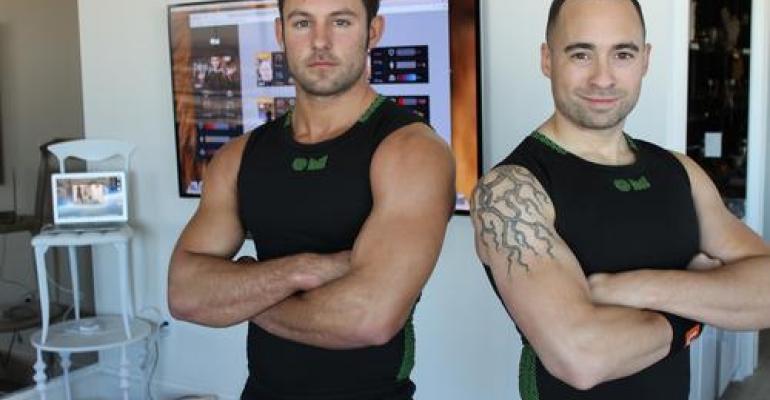 One of the promises of wearable tech is to move the technology into the background. This can be hard to imagine when right now the space is riddled with wearables that look like gadgets strapped to our faces and wrists. But one emerging category of wearables provides a glimmer into this not so distant future, smart clothing.

The smart clothing space is mostly dominated by startups who are creating fitness apparel that allows users to do away with wristbands, running watches, and chest straps. Instead, sensors are embedded into the fabric of the clothing which gather biometric data of its wearer. The clothing is completely washable apart from a central "core," which is snapped on and off the garment and acts as the hub for data to be collected and transmitted to a smartphone via Bluetooth. 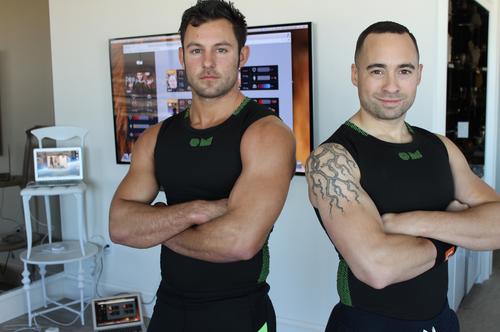 Two Montreal-based startups, OMsignal and Hexoskin, are leading the smart shirt space by offering compression shirts which monitor and measure activity, heart rate, and respiratory. OMsignal's biometric smartwear is currently only available for men, while Hexoskin is first in the market to offer smart shirts for men, women, and children. Both shirts focus on providing data to the wearer to help them understand their activity during a workout. Hexoskin's shirt also keeps tab on the wearer's sleep by monitoring things like sleeping positions and also uses HRV (heart rate variability) to give insight into the users stress level and training fatigue.

California-based startup Athos is offering not only smart shirts but smart shorts to take a workout to the next level. Like OMsignal and Hexoskin, Athos' sensors are woven into the fabric of the garment and track metrics such as heart rate and respiratory. But Athos is the first smart fitness apparel to measure muscle activity in real time. Using EMG (electromyography) sensors in both the shirt and the shorts, Athos clothing wearers are able to see their muscles fire up in the Live view of the Athos app. This information can help a user determine if they are using the right muscle group during an exercise and the app also helps flag whether a user is overusing one side of a specific muscle group over another.

Tracking your movements in real time is exactly the focus of another Montreal smart garment startup, Heddoko, which has created the first smart compression suit that tracks full-body movement in 3D. Heddoko's garment determines metrics such as limb orientation, joint angles, velocity, and acceleration to evaluate movement efficiency and precision. Its live 3D feedback, complete with audio feedback via the app, aims to help with form to improve training, reduce the risk of injury, or optimize rehabilitation.

Smart clothing was a key focus at this year's Google I/O, where Google's ATAP division unveiled Project Jacquard. In Jacquard, Google hopes to equip designers and developers with the toolset they require to create connected clothing. Google has worked on its own line of conductive yarn, which can be used by designers and clothing manufacturers just like traditional yarn, along with complementary components and innovative techniques to attach these yarns to connectors and tiny circuits no bigger than a button. Google's move into the space is significant as it aims to offer components that are cost-effective to produce and yarns and fabrics that can be manufactured to scale, which opens the doors for large scale production of smart clothing at a cost consumers can afford.

As a first test, Google is piloting its new connected textile toolset with Levis. Details as to what these two giants will be creating have not yet been released but the use cases Google focused on during the ATAP presentation and on the Project Jacquard website are more geared toward touch and gesture interactivity rather than the fitness monitoring seen so far in this space.

With startups and big companies playing in the smart clothing space it will only be a matter of time before our closet is filled with connected things to wear. Let's hope by that time they've also found a way to help us keep them all charged.