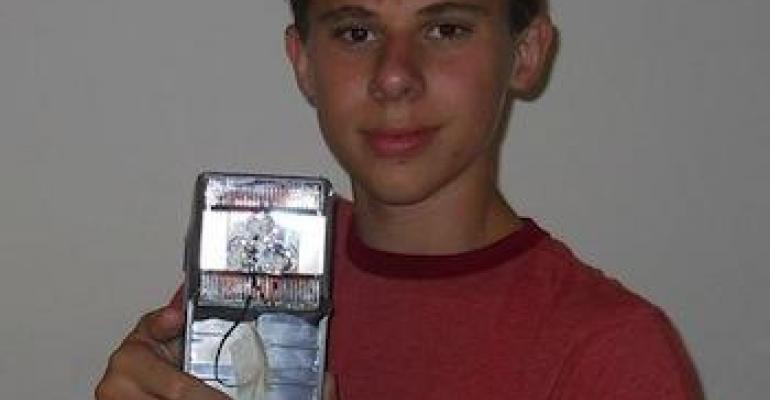 This Gadget Freak review first looks at a wearable device that uses an adhesive electrode and headband to help reduce migraines and could help migraine suffers take less medication. Then we will look at a plug-and-play outlet cover that replaces traditional night lights. 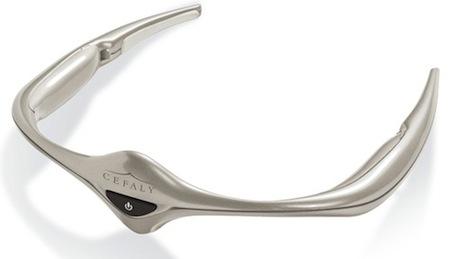 Frequent migraine suffers could be in for some relief with Cefaly, a tiara-like device worn on your forehead to help reduce the frequency of migraines. Its creators say regular use has been shown to reduce migraine episodes and medication use.

The device works with an electrode to give off precise micro-impulses to stimulate the endings of the trigeminal nerve, which is typically involved in most headaches and migraines. Stimulating the nerve achieves a sedative effect, and regular sedation helps reduce the amount of migraines.

To use Cefaly, you place the adhesive electrode on the horizontal line that connects your eyebrows. Then you place the device around the electrode so it connects. Once in place, you turn it on with a button and can adjust the intensity. During the 20-minute session, you can relax or carry on with your regular activity.

Clinical studies have been carried out since 2008, Cefaly Technology says, and 81% of regular users (those who "use the device according to medical recommendations") have been satisfied with the results. Regular users have reduced their medication use by 75%, and the frequency of their migraines is down 77%.

Due to federal law, Cefaly can be purchased only by a physician or on the order of a physician. The first devices will be shipped in April and are already sold out online. The device costs $295, and a three pack of multiuse electrodes costs $25. Each electrode can be used up to 20 times. 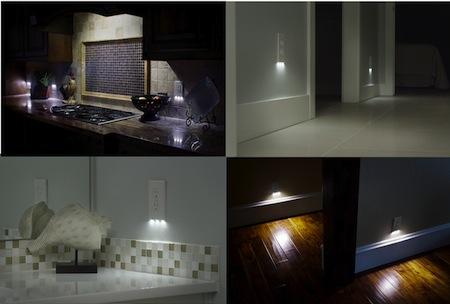 The SnapRays Guidelight is a plug-and-play solution to replace standard plug-in night lights and hardwired guide lights. Designed to look like and replace the standard outlet cover plate, the device installs over a standard electrical outlet and does not require any wires or batteries.

The patented Power Extractors found on the backside of the Guidelight "slide into the electrical box and around the outlet receptacle making contact with the sides of the outlet," the company says on its Kickstarter page. This technology "enables the device to extract power without having to hardwire, plug into, or occupy an outlet."

LEDs illuminate through the bottom and keep the outlets clear for use. A light sensor can turn the LEDs on and off automatically. The company says the device will cost less than 10 cents a year to power.

The Kickstarter campign has well surpassed its original $12,000 goal; backers have pledged more than $400,000 with about a week to go. A pledge of $12 will get you one Guidelight, which is expected to ship in April or May.

John Duffy, our youngest ever Gadget Freak at 15, has put together a powerful LED flashlight. He calls the LED a major advance over Edison's incandescent lighting. "Nowadays we have LEDs that are significantly more powerful and efficient, and they run on low-voltage DC."

Duffy's super LED flashlight runs at almost 30 W and 3,000 lumens. By comparison, bright xenon car headlights reach about 1,000 lumens. He says you have to be careful building and using this gadget, because it is powerful enough to blind someone if used up close. He used welding glasses while constructing it.