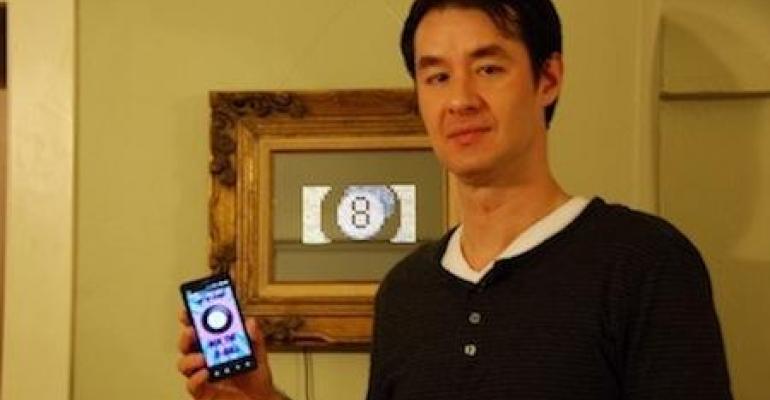 This gadget freak review shows off some new mobile technologies. Google is currently working on Project Tango, which will be changing the way you interact with your environment by creating 3D models of the space around you. LoopPay Inc.'s Loop works with an app that allows you to keep all of your credit, loyalty, and gift cards in one space, and allows you to use it at 90 percent of retailers.

We will also take a look at a vintage gadget freak that also incorporates a mobile phone -- an Android. Al Linke created apps that you can project onto a mirror. You can play games or display words and pictures. 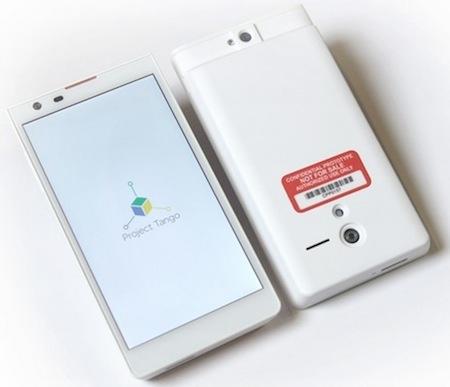 Google prototype phone creates 3D models
Google is working on a mobile phone prototype that creates a 3D model of the space around you. Called Project Tango, highly customized hardware and software will allow the phone to track its motion in full 3D and real-time as you hold it. Sensors make more than a quarter million 3D measurements every second, update the position and location of the phone, and fuse the information into a single 3D environment. This prototype will allow people to interact with the environment around them in much different ways, by helping the visually impaired get around with audible walking directions, creating a virtual reality world in your home, or helping you get exact measurements for when you go furniture shopping.

Google says the goal of Project Tango is "to give mobile devices a human-scale understanding of space and motion." The team has been working for the past year with universities, research labs, and industrial partners in nine different countries. The current prototype is a five-inch phone that runs Android and "includes development APIs to provide position, orientation, and depth data to standard Android applications written in Java, C/C++, as well as the Unity Game Engine," which are still under active development.

Do you have big and creative ideas that could build this into an even greater technology? Well you are in luck, because Google wants you to get involved with Project Tango. They have 200 prototype dev kits. If you are a professional developer they want to hear your best ideas. If you impress them you could be picked to receive one of the units, which will be distributed by March 14. 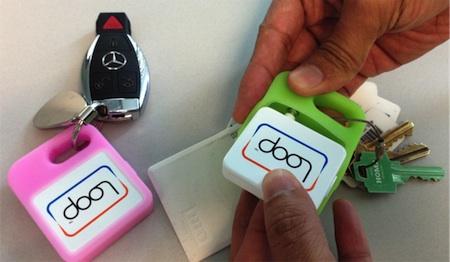 Virtual wallet works at majority of merchants
Ever want to have all of your credit, loyalty, and gift cards in a single, small space? Well, the Loop does that. The virtual wallet for your smartphone allows you to store as many cards as you want on a single device. Compatible with Apple iOS and Android devices, the Loop works with the LoopWallet app (the Android app will be available in the second quarter of 2014) to organize and manage your cards once you swipe them through the device's mag card reader. A microprocessor and a magnetic induction loop within the Loop Fob allow you to pay merchants by transmitting your card data.

Once your cards are swiped you will be able to pay at merchants that have a swipe-style card reader. LoopPay Inc. says the Loop can be used at 90 percent of today's merchants. Once you decide you want to use a card on your Loop for payment you must first unlock the app with a security pin and decide on what card you want to use. The Loop gets placed within four inches of the card reader's magnetic read head, where you would typically swipe your card, and you just hit the transmit button to pay. There are also settings where you can set how long you want your Loop to be able to transmit. For example, you can set it so it only transmits when you hit the button. Or you can set it to transmit for 10 minutes if you are handing it over to a server at a restaurant.

Started as a Kickstarter project, the Loop is now available as a fob ($39) and in April it will be available as a ChargeCase ($99). The fob is an audio jack that has a built-in reader that "safely stores and encrypts your cards into a secure memory module." You can use the fob while it is attached to your phone or you can use it in detached mode. The ChargeCase works with iPhone 5/5s, works as backup battery, and allows you to transmit your card data. To get your card info into it you must use an audio jack reader. 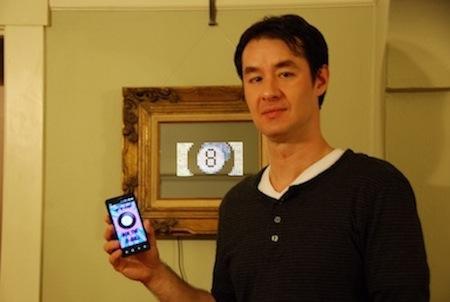 Vintage Gadget Freak: Android brings the mirror to life
Mirror, mirror on the wall, what kind of games can we play today? Al Linke has created an interactive mirror that can be activated with an Android phone. While the number of applications is potentially unlimited, Linke has created a handful of games that are available through Google Play (formerly known as Android Market). You can play Magic 8 Ball, the kids' game where you ask questions; try Verbage, an app that displays random words on the mirror; or stream a portion of your phone's camera onto the mirror.