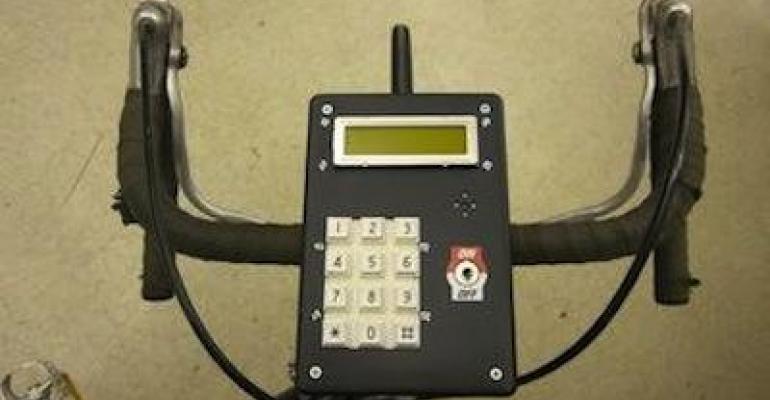 This Gadget Freak review looks at an open-source DIY car that can be assembled in an hour and an intelligent radiator cover controlled though a smartphone app. We will also look at a vintage Gadget Freak: an automatic bicycle gear shifter created by Colorado State University engineering students.

The Tabby do-it-yourself car can be assembled in an hour and is compatible with all types of engines, including electric and hybrid. This open-source framework lets you assemble any type of vehicle -- city cars, golf carts, off-road vehicles, and whatever else you can imagine. The Tabby was designed for versatility and can be made longer or shorter to accommodate two or four seats or to increase its cargo capacity. Blue prints and plans are available to download, and users are encouraged to modify the designs.

The Urban Tabby, a kit you can apply on a Tabby chassis, is seeking approval in Europe to make the Tabby road legal. The Urban Tabby is compliant with the regulations needed for approval and enables do-it-yourself custom city cars based on the Tabby.

This is the first product of the OSVehicle project, which was created from a long-lasting collaboration between Italy and China. The team leaders are CEO Francisco Liu, who has decades of experience in the automotive sector, and CTO Ampelio Macchi, an engineer experienced in motorcycle engine and vehicle design.

The all-electric version can drive 90-100 km between charges on an 8 kWh battery pack and has an estimated fuel efficiency of 10-12 km per kWh. The price varies according to the technology, materials, and design you choose. OSVehicle estimates the price range for a finished vehicle at $5,500-8,000.

The first all-electric Tabbys come with a stock motor and are expected to start shipping this spring. They are available for pre-order. The vehicles comes flat packed in easily transportable crates, and they don't need special tools for assembly.

If you live in an apartment and have a standalone radiator, you know the troubles of overheating. Being unable to control the temperature of your living space can be frustrating, but Radiator Labs has come up with a solution. The Cozy is a WiFi-enabled thermal cover designed to fit over your radiator and trap the heat inside. A thermostatically controlled fan can push the right amount of heat out into your room when controlled with a smartphone app. The Cozy app allows full control of your radiator temperatures in each room and allows you to set timers, sleep cycles, and vacation settings wirelessly.

The Cozy installs easily and requires no contact with plumbing or steam. You just place it over the radiator and plug it in. A big plus is that it limits overheating to save a lot of energy. Radiator Labs says it can lower heating costs by up to 30%.

Radiator Labs has been working on the Cozy for more than two years and has beta tested the system in 300 apartments. It recently launched a Kickstarter campaign to fund what it calls "a consumer version, which will feature a modern design that is easy for anyone to install and control via smartphone app." If funded, Radiator Labs would ship the Cozy (at a price of $299) by the end of October. 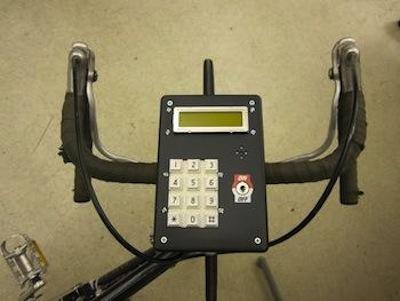 Automatic transmissions were a breakthrough for cars more than half a century ago. Now we have an automatic gear shifter for a bicycle. Colorado State University engineering students Ben Johnke, Bill Engelking, and Matthew Stout created a bike that shifts gears by itself based on several inputs: rear wheel speed, pedaling direction, and initial chain position.

The students used the factory derailleur cable system, but they added high-torque servo motors instead of hand-turned levers. The bike uses four PIC microcontrollers to process the inputs, control the shifting, and display data to the user.