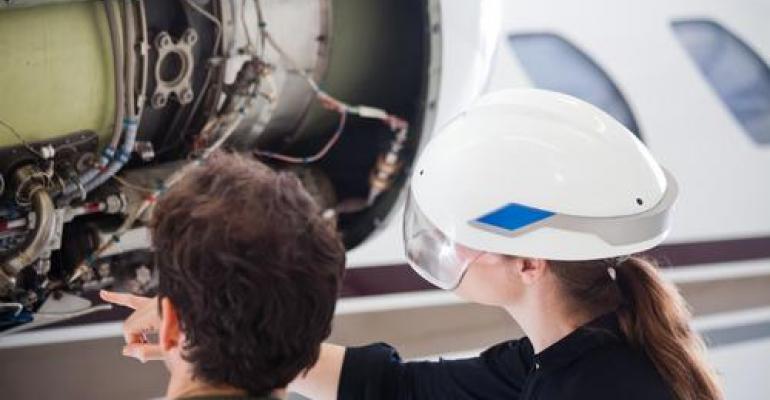 There is no doubt that augmented reality is a powerful next step in computing. Blurring the lines between the physical and the digital, AR will allow us to engage in the real world while leveraging all the benefits of being connected.

While there are tremendous opportunities in the consumer space for AR, augmented reality is expected to see the most growth over the next few years in enterprise, thanks in part to the introduction of head-worn wearable tech. In fact, a recent report from Juniper Research suggests that the enterprise augmented reality app market is expected to reach $2.4 billion by 2019, growing tenfold from 2014. 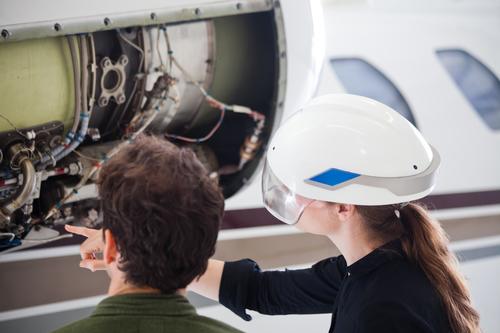 Big players such as Google, Epson, and Microsoft, as well as startups such as DAQRI and Atheer Labs, have doubled down on the enterprise as a major part of their roll-out efforts for their smartglasses. Google Glass, which originally launched as a consumer beta program (XE or Explorer Edition), is rumored to see its second version be exclusive to the Glass at Work partners as an EE or Enterprise Edition.

Atheer Labs originally sought to disrupt the consumer space with its AR glasses before canceling its Indiegogo and switching its strategy to the enterprise space. And despite some examples of HoloLens being used in the home, Microsoft’s first partners are those in the professional space for its mixed reality wearable.

AR-capable glasses make sense in an enterprise setting. From a form perspective, they free up the hands of the user and provide immediate information at eye level. Augmenting the reality of an employee also has measurable benefits, such as improving productivity or reducing the chance of injury, which makes it more plausible to build a business case for organizations.

Early HoloLens partner Trimble is leveraging Microsoft’s mixed reality glasses to take architecture, engineering, and construction to the next level. Trimble and Microsoft demonstrated use of the HoloLens head-mounted display back at Microsoft’s Build Conference earlier this year. There, Trimble showed how its modeling software could be used by architects to display models as holograms placed in the real world and allow them to better analyze their design decisions. Trimble’s collaboration platform was also shown as an effective way to review and resolve construction issues with remote teams in real time.

MORE FROM DESIGN NEWS: Virtual Reality Industry Is Getting Even More Real

Like Trimble and HoloLens, DAQRI is aiming to set a new standard for industrial wearables. DAQRI touts its smart helmet as the “world’s first wearable human machine interface." Unlike Google Glass or HoloLens, every aspect of the DAQRI helmet was designed for industrial application right from its sensors to the battery capability, which is meant to last an entire shift. One of the key differentiators for DAQRI’s helmet is its ability to track entire environments and objects in 4D using the helmet’s unique sensor package and 360-degree cameras. DAQRI’s helmet is currently being used to improve efficiency, safety on the job, and cost savings for Fortune 500 companies in aerospace, energy, and transportation.

APX Labs is using its Skylight platform to enable various wearables for the enterprise, including smartwatches such as Apple Watch as well as smartglasses such as Google Glass, Epson Moverio, and Recon Instrument’s Jet. Its platform allows workers to use smartglasses to do things like share their view on a live two-way audio and video call to collaborate or leverage a remote expert or pull up reference materials, overlay guides and help videos to show how a procedure should be performed. Skylight is already in use by major aerospace manufacturers, oil and gas producers, and utilities, enabling them to simplify tasks, reduce errors, and improve cycle times.

As the cost of smartglasses decreases over time and developers quickly ramp up on the use of the software development tools available to them, we are sure to see the use of AR as a tool become more commonplace in enterprise, which only means that the days are numbered for the traditional “dumb” safety goggles and helmets.