The Portable Electronic Weather Evaluator (PEWE) is equipped with multiple sensors: a barometric pressure sensor; an anemometer for measuring wind speed; an altitude sensor; and a thermistor to measure the change in temperature. On the PEWE's front panel, as seen in Figure 2, there are 10 LED's along the right side that light up proportionally to measure the wind speed as well as another 10 LED's that correspond proportionally to measure the temperature. There are also two LCD displays. The top LCD displays all of the sensors readings. The bottom LCD displays a logic statement corresponding to the sensors readings as well as the PEWE's introduction when the device is turned on. Below the LCD's are five LED's that, from left to right, display high temperature, low temperature, high altitude, high wind, and low pressure. These LEDs also correspond to logic statements that are displayed on the bottom LCD screen. 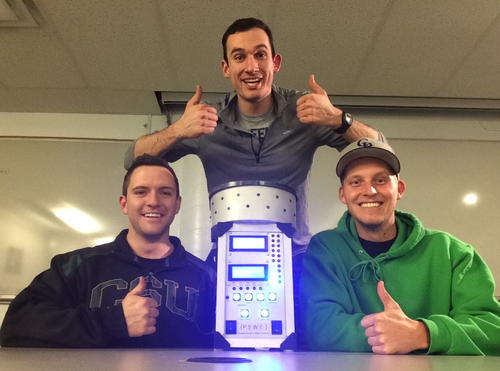 Under the 5 LED's, there is a row of four buttons. The two left most buttons control the raising and lowering of the anemometer. The two right most buttons control the SOS function and the light show. When the SOS button is pressed, the LEDs that surround the anemometer housing flash SOS in Morse code. Under these four buttons, there are two additional buttons that control the sound and the unit conversions. The user can switch between metric and SAE units as well as turn the buzzer on and off. PEWE has two power switches at the bottom of the front panel. The left most power switch is wired to a 9V battery which powers the Arduino. The right most power switch is also wired to a 9V battery that turns on the power to the driver board and supplies a 5V power source to the PIC16F88. 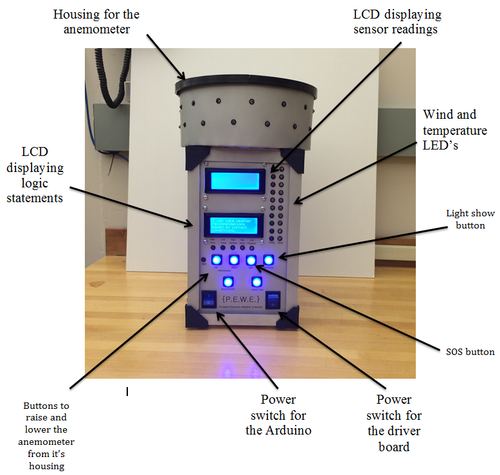 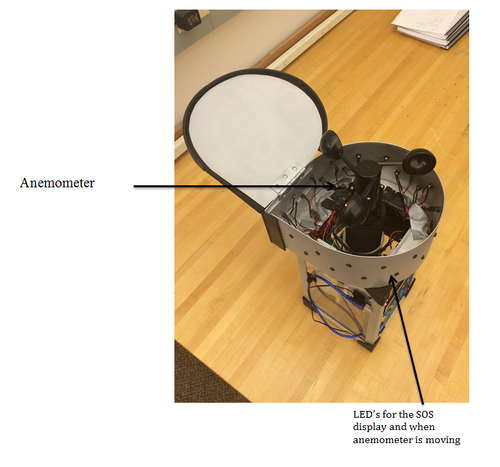 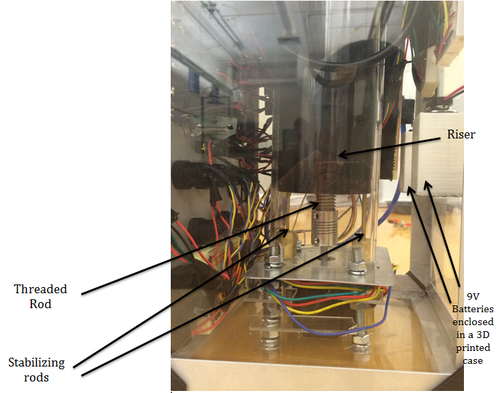 Want to submit your own project to Gadget Freak? Email us! Be sure to include "Gadget Freak" in the subject line.