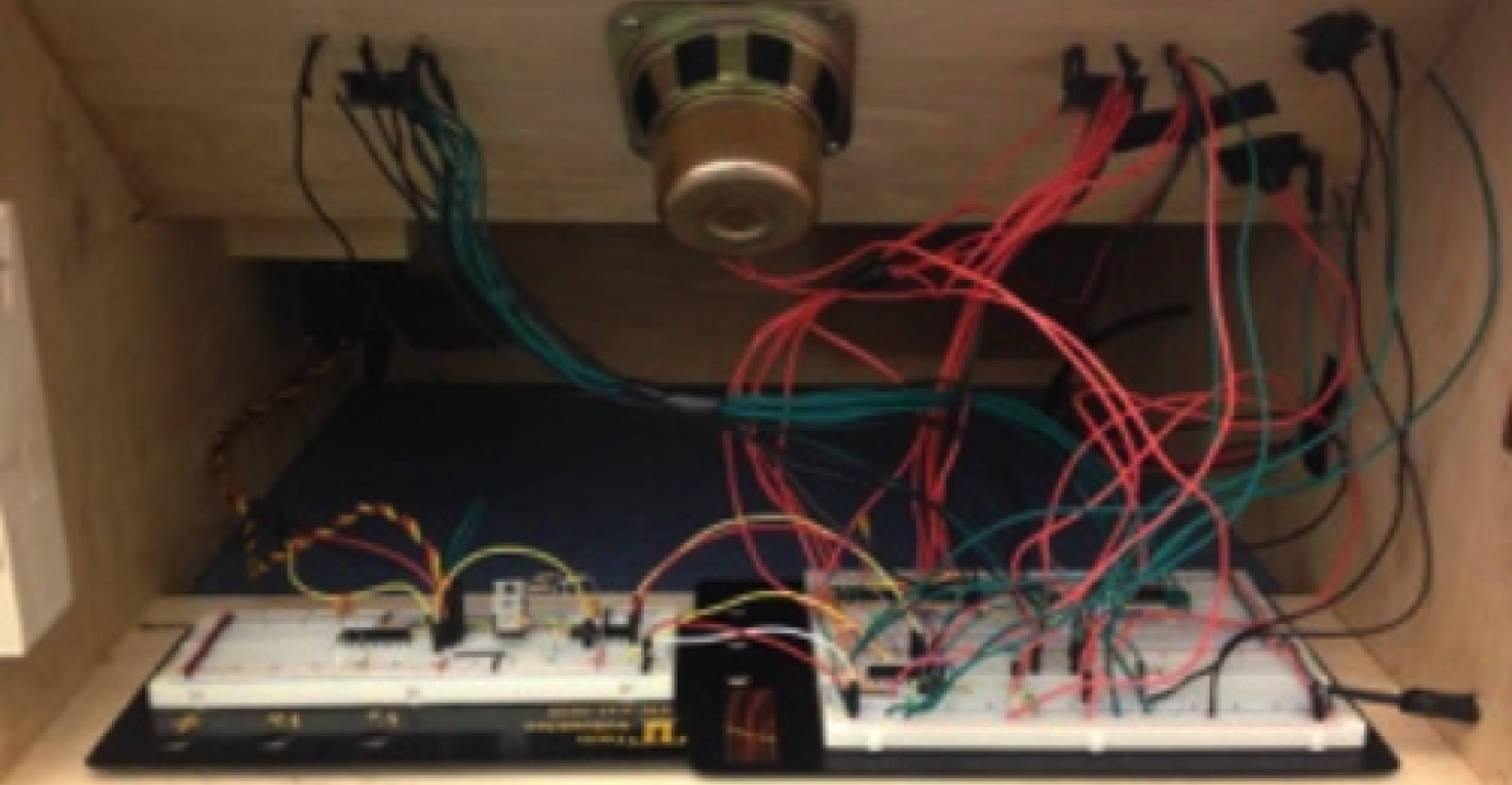 The Handy Rival is an arcade game that allows an individual to play rock, paper, scissors against a robotic hand. When the user puts on the glove, movement is detected and the displays turn on (see figure 1). Blinking LED lights prompt the user to select either the "Best of Three Rounds" or the "Best of Nine Rounds" button (see figure 2). After a button is pushed, the LEDs stop blinking and the game begins. 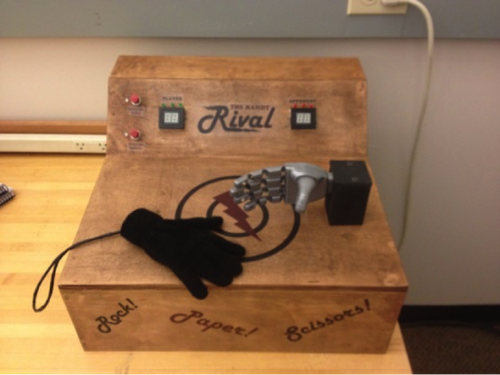 There are four beeps to synchronize the user with the timing of the "rock... paper... scissors... shoot." On the fourth beep or the "shoot," the user and the robotic hand show their selection by use of the familiar rock, paper, or scissors hand signal. If the user wins, the victory sound plays and one point is added to the "Player" score on a 7-segment display (see figure 2). If the user loses, the defeat sound plays and a point is added to the "Rival" score on a separate 7-segment display. In the event of a tie, a neutral beep sounds, no points are awarded, and the round is replayed.

If either opponent scores two points in a three-round tournament, or five points in a nine-round tournament, the game is over. A final tune will play and the LEDs around the "Best of" buttons begin to blink again, prompting the user to begin a new game. If there is no motion for 30 seconds while it is waiting for a button to be pushed, the displays and LEDs will turn off until there is motion (see figure 2). 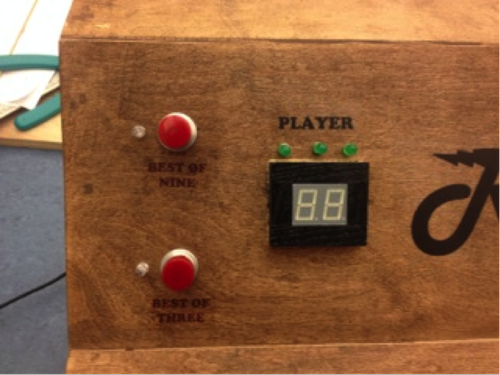 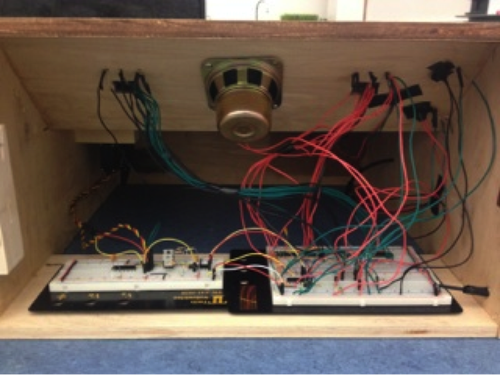 Do you have a Gadget Freak project you would like the world to see? Send a video with a brief description and photo of your gadget to Executive Editor Jennifer Campbell.

Check out the Best of Gadget Freak: Vol. 3 Technology Roundup to see some of the best gadgets that your peers have created.