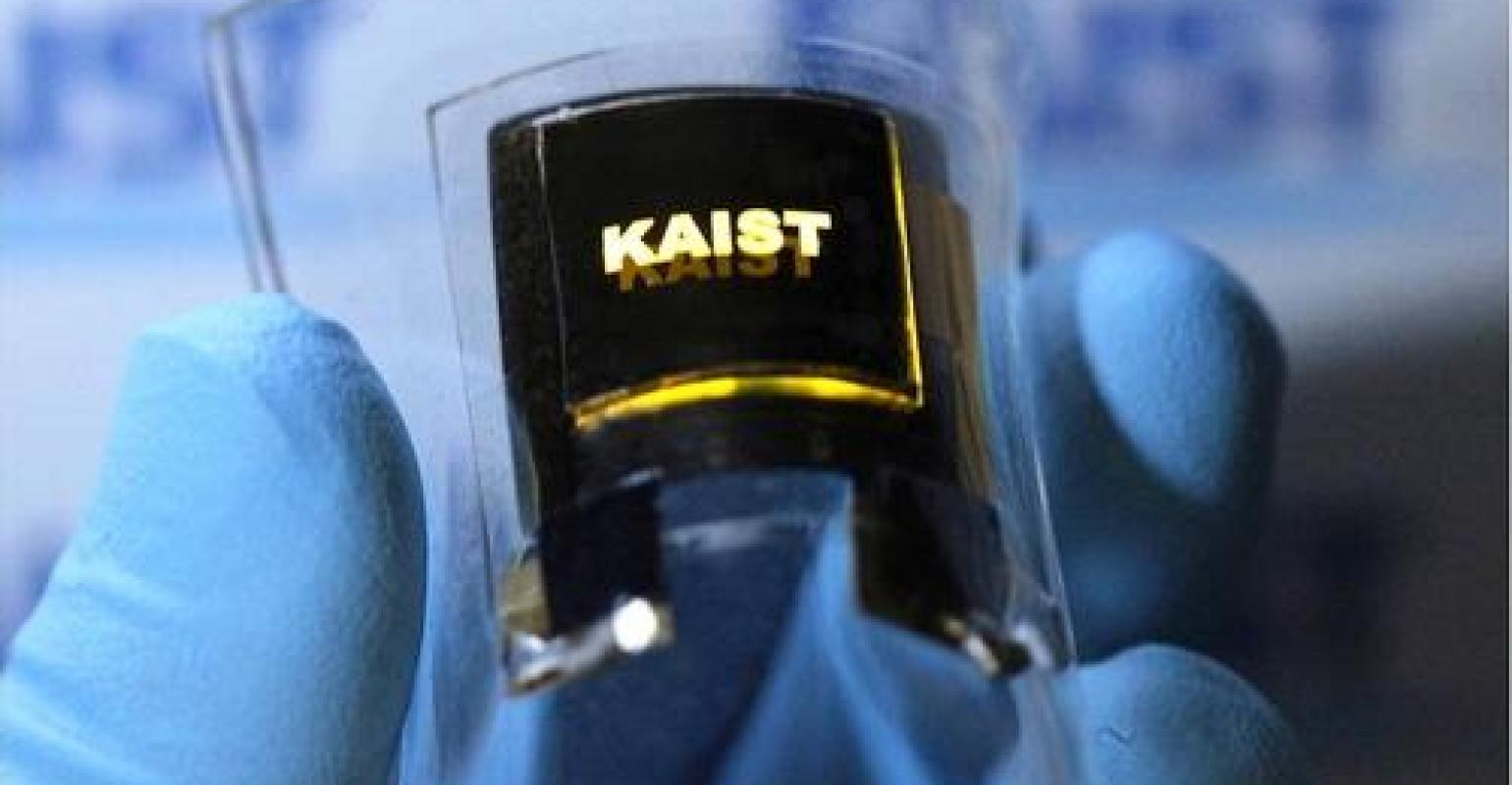 New materials can help make batteries flexible and energy-dense enough to power displays like this one on bendable, implantable, and wearable electronics.

The high-performance materials used in the traditional rechargeable lithium-ion batteries aren't flexible, and most materials that are bendable can't store enough energy to run a display. Flexible battery substrate materials, such as plastic, paper, or textiles, can't withstand the high temperatures required to build electrodes using the high-quality inorganic materials of rigid batteries. 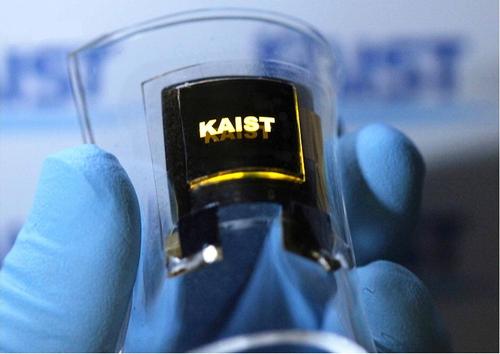 Keon Jae Lee, a professor of material science, and his colleagues at the Korea Advanced Institute of Science, joined by researchers at Seoul National University, have devised a bendable, inorganic, thin-film lithium-ion battery made of solid-state materials (registration required). Its peel-off temporary substrate material, made of mica, can tolerate the high temperatures (around 700C) used to anneal lithium cobalt oxide electrodes, which are commonly used in lithium-ion batteries for portable electronics.

The team wanted to take high-performance lithium-ion battery materials and make them flexible. To do so, they used the universal transfer approach. After building the battery on the temporary mica substrate, they used an annealing process that created a high-quality lithium cobalt oxide cathode. The battery was completed with a solid electrolyte and a lithium-metal anode. The annealing process also helped the researchers delaminate the battery from the mica using tape by weakening the intermolecular forces between layers.

The battery's flexible substrate was then made by encapsulating it in flexible sheets of polydimethylsiloxane. The final battery is 10 microns high.

The researchers say their battery has an energy density of 2,200muWh per cubic centimeter -- higher than any previously reported flexible battery. The team supported this performance with finite element analysis simulation. Lee and his colleagues also integrated the battery with a flexible organic LED display -- they say this is the first time this has been achieved.

The team says this new transfer approach can be applied to other flexible applications, such as thin-film nanogenerators, thin-film transistors, and thermoelectric devices. The researchers are investigating a one-step laser liftoff process for delamination that will enable high-volume fabrication of large-area lithium-ion batteries. They are also devising ways to increase the batteries' energy density, such as eliminating some of the external polydimethylsiloxane sheets.