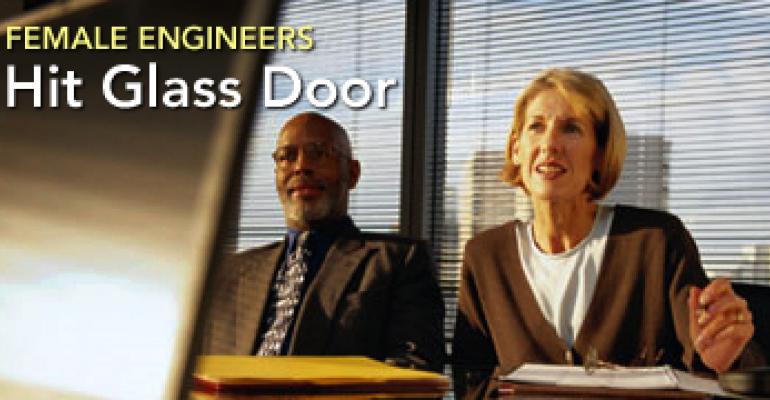 In a world where women are considered by many to be the weaker sex, a website started by three men is working toward improving the workplace and promoting changes in how women are paid, promoted and rewarded for a job well done.

Glassdoor.com, launched in June 2008, allows men and women to find and anonymously share reviews, ratings and salary details about specific jobs and employers. Engineers are the site's largest audience, according to Co-founder Tim Besse.

The free website was born on the philosophy, "What would happen if someone left the unedited employee survey for the whole company on the printer and it got posted to the Web," he says. "We're trying to bring transparency to businesses. Our goal is to improve workplaces and promote change."

One way the team at Glassdoor.com is doing that is by collecting information from the site and compiling it into specific reports, or surveys. The first includes 4,200 people who reported engineering salaries within their company and included their gender, which is an optional question on the site, Besse says.

The engineering community was a logical choice for the first survey because it is the website's largest audience. "We basically started where we had the richest set of information," he says.

What the survey revealed was a very small pay gap â€“ 96.7 percent â€“ between the salaries of men and women with less than three years on the job. Women earn about $68,237 while a man pulls in $70,533, according to survey results.

"Simply put, women earn less then men," says Besse. "There is a very little gap at the very beginning of someone's career. As experience increases, the gap continues to grow. They are each earning more, but female salaries aren't growing as much as men's."

Besse says the survey also includes information regarding bonuses. "Fifty percent of users report getting bonuses, but the gap is bigger," he says. "Both the same amount of men and women are reporting bonuses, (women's bonuses) just aren't as big as the men's bonuses."

Besse says a majority of the women included in the Glassdoor survey are over-represented in one job â€“ Software Test Engineer â€“ and only 3.8 percent of women included have the title Engineering Director. The gender pay gap does not account for job title, he says.

"We don't have proof, but one possible culprit could be gender bias," Besse says of the discrepancy in the numbers.

Besse says there are several ways information is looked at to make sure it is legitimate. First, anyone posting has to provide a validated email address. Then, each and every report is read and has statistical algorithms applied to it.

"If the salary report doesn't pass the sniff test, it gets a red flag. We may not post it, delay the posting or contact the user," Besse says. "It's about researching and becoming informed."

Besse started his career as a program manager at Expedia.com and always wondered what it would be like to work for Microsoft. "I had heard I would make more (money) at Microsoft, but I didn't know. Just five years ago, this information wasn't available."

He says more than 121,000 people have posted information on Glassdoor.com since its launch last year and many companies are starting to take notice. The only catch is that it's "give to get" â€“ you have to post information before you can read anyone else's.

"I can candidly say I know they are aware of us. We know a lot of CEOs are reading all the reviews of competitor companies. They are like politicians, they are concerned about their public images," says Besse. "We're starting to matter to companies."

He says 52 percent of people are more likely to share information about their salary if they can do so anonymously. "That highlights that this is a bit of a sensitive area in our culture," he says.