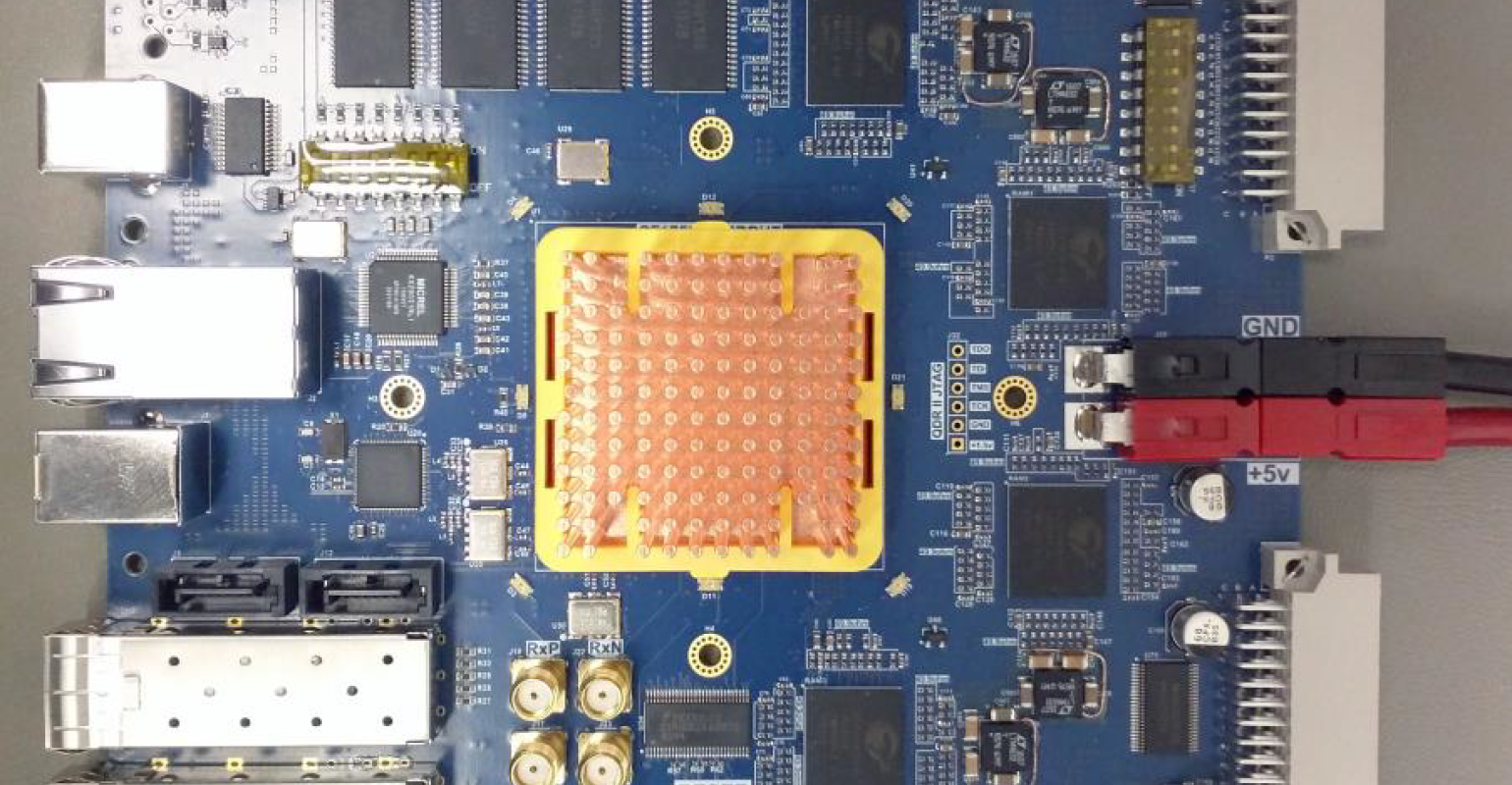 A field-programmable gate array is at the heart of a system that helps process data from a NASA X-ray detecting satellite.

Designing space-flight-ready hardware for NASA is a huge undertaking. But it’s one that has applicability to other types of engineering projects. Eli Hughes, vice president of research & development at TZero Labs in State College, PA, will describe his experiences in designing a field-programmable gate array (FPGA) hardware solution for processing data from a NASA satellite in a talk titled, “Mr.X: A Journey in Embedded Systems Design for Space Science,” at the ESC Conference in Minneapolis on October 31. This work was undertaken by Hughes when he was a researcher at Penn State University’s Applied Research Lab, working with the university’s astronomy department.

“The Penn State Astronomy Department is very involved in X-ray astronomy. They have pioneered some of the techniques in the CCD design of imagers for X-ray telescopes,” Hughes explained to Design News. In the early 2000s, Penn State designed some instrumentation for a (NASA) satellite called Swift, a large, orbital X-ray telescope whose operations are run out of State College, PA. The Swift satellite takes pictures of the sky using X-ray light.

The Swift satellite is a tool designed to examine gamma-ray bursts (GRBs). These brief, intense flashes of gamma radiation occur approximately once per day and can last from a few milliseconds to a few hundred seconds. Scientists do not know what causes them, but theorize that they might signal the birth of a black hole or perhaps are the product of the collision of two neutron stars. Within seconds of detecting a GRB, Swift sends its location to ground stations, which can then coordinate space-based and ground-based telescopes around the world to observe the afterglow of the burst—typically using sensors that work in the X-ray spectrum.

According to Hughes, “One of the problems, when they are taking these images, is that there are these fast X-ray events. They are small little bursts that kind of happen in an image and go away. They are not noise; they are actually tied to physical phenomenon. On Swift, it had software to scan through these images—they can’t send real time images to the ground because there is just too much data and the data links are too slow. So they have software that scans through the images to create some statistics and then relay the statistics to the ground.”

Although Swift uses software to process the data, future missions will require a different solution. “The challenge of this project was that future missions that are going up will have the ability for much finer detail. The problem is those images are way too big to do real-time processing in software, so what we were working on was to translate those algorithms so that they can run real time in hardware. We wanted to do the image processing and come up with the statistics in hardware,” Hughes told us.

Developing a hardware solution using space-qualified components can be extremely expensive. Hughes was able to find nearly identical parts that were commercially equivalent with which he could do his initial development work. “Space-qualified hardware is very expensive to design with,” he explained. “The challenge is finding commercially equivalent parts for development.”

“We decided to create our own development board and we called it Mr. X, for Mr. X-ray, using the part that has a direct rad-hard (radiation hardened) equivalent. We could get a pretty high fidelity approximation. For this board, for example, we might have had $20,000 in parts and assembly. If we had used rad-hard parts, we would be at $300,000. The budget would have evaporated,” explained Hughes.

To develop a hardware solution, Hughes turned to a field-programmable gate array (FPGA) system. FPGAs have large numbers of logic gates and memory blocks that can be used to implement complex digital calculations. They can also employ very fast data input and output rates. Although FPGAs have been around for more than 20 years, the number of programmers who use them is not huge. Eli Hughes notes, “The community that works around these tools might be in the hundreds…”

The actual technical challenge fit well with the FPGA. “The data comes out at a rate of gigabits per second and we have to deserialize this data, get it into some kind of frame buffer to process data on the fly, and then we can output these statistics at hundreds of kilobytes per second, so it’s a much slower rate,” said Hughes. “The FPGA is like a real-time video processor—you have data coming in from multiple imagers, and it looks at that stream to yank out what it needs. Most of the challenge is optimizing a pipeline for moving data and doing calculations,” he added.

Most FPGA programmers use the high level synthesis tools that have been developed to ease the development of applications using the device. “We saw a two to three time performance increase by moving past high-level design tools and thinking about the real logic design. For us, there was a speed advantage. But also, if we can be a lot more efficient with how the hardware processes it, we can run at a lower clock rate, meaning we can generate less heat. Less heat is a really big deal for flight hardware,” explained Hughes.

The project that Hughes worked on for NASA has applicability to other types of systems. He noted that an FPGA system is useful “anytime you have to take lots of data in and process it on-the-fly and reduce it to something that is a much lower data rate.”

In his ESC presentation in Minneapolis, Hughes hopes that other engineers and system developers will get some important tips from his talk. “Just to see lessons learned—about how we approached the pipeline, and how a couple changes in how you approach your logic design, can make some huge impacts in terms of resources used,” he said. “You want to get a project done fast. That’s one way of approaching design, but sometimes you have to be more efficient in other respects—say thermal efficiency or energy use,” Hughes added.