A few years before 2000, Sony and Asahi Kasei released a lithium (Li) polymer battery that held its electrolyte in a solid polymer composite instead of in a liquid solvent. A typical Li-ion battery, like the NP-20, was roughly 5.5 x 3 x 1 inch in size.

This release had followed over a decade of development by a team managed by Akira Yoshino of Asahi Chemical, Japan, who built the first lithium-ion battery prototype in 1985, a rechargeable and more stable version of the previous lithium battery. Yoshino assembled a prototype cell using carbonaceous material into which lithium ions could be inserted as one electrode, and lithium cobalt oxide as the other. This dramatically improved the safety of the battery. Lithium cobalt oxide enabled industrial-scale production and enabled the commercial lithium-ion battery.

In 2019, John B. Goodenough, M. Stanley Whittingham, and Akira Yoshino, were awarded the Nobel Prize in Chemistry 2019, for their development of lithium-ion batteries. (Image Source: Wikimedia Commons, Lithium_Battery1.jpg) 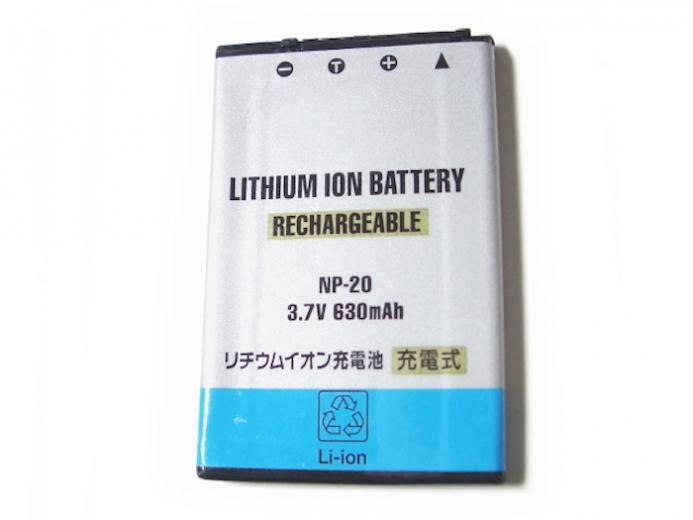