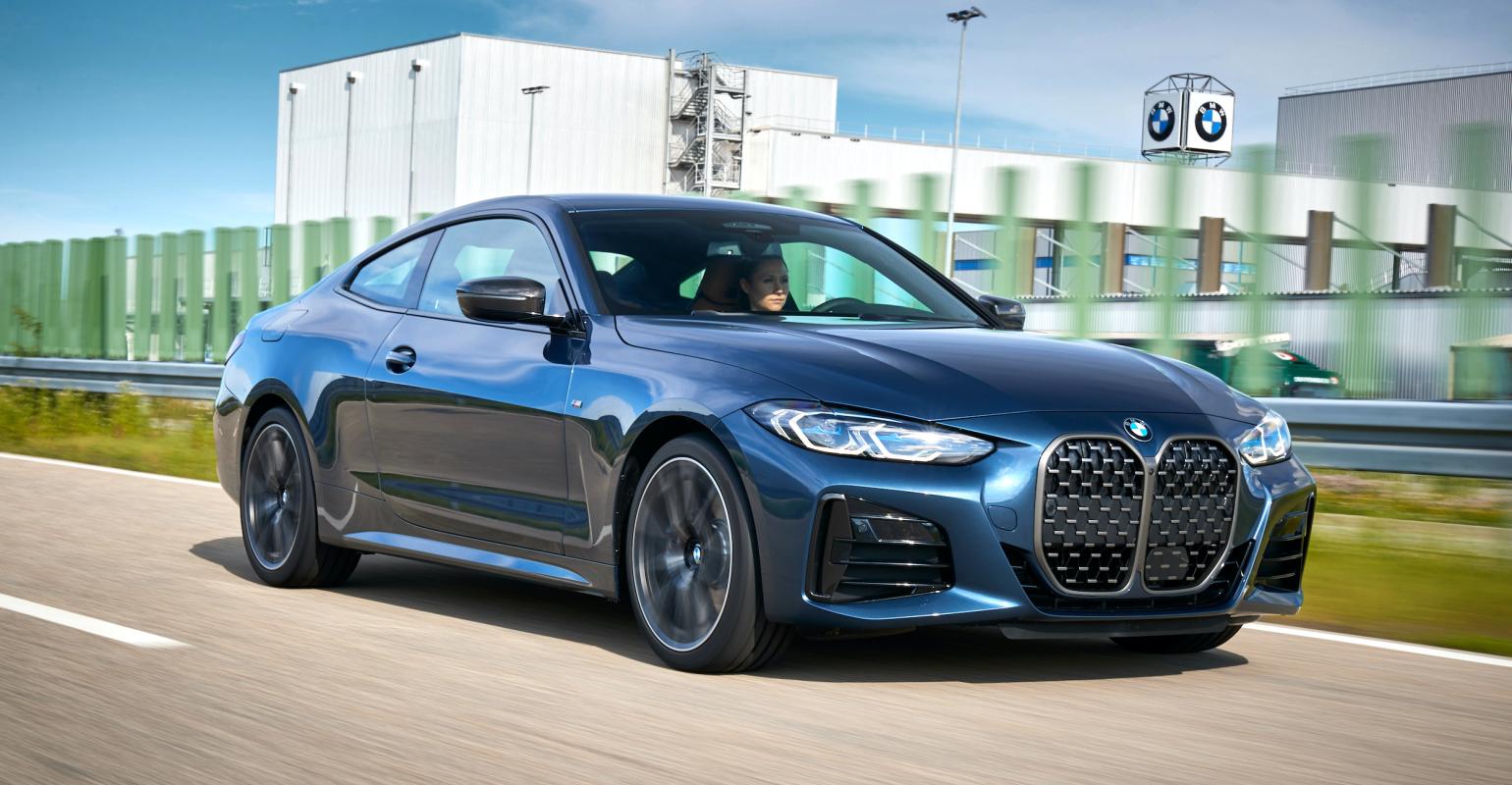 2021 BMW 4-Series Coupe
There's much more to using your phone to unlock and start your car than just replacing the key.

It is a modern sign of success to be included in one of the Apple keynote speeches made famous by Apple co-founder Steve Jobs’ dramatic product introductions over the years. So NXP Technologies was thrilled to see a segment of the latest installation in this series of product presentations include Apple’s new smart key technology for the iPhone’s iOS at the company’s virtual World Wide Developers Conference.

“It is pretty cool the way they presented it in the Apple keynote!” enthused Rainer Lutz, NXP’s director of digital key and NFC segments secure car access. “The presentation was a little more techie than usual,” he noted of the COVID-era streaming delivery this year.

NXP supplies critical chips for the system to both Apple and to BMW, which is the first carmaker to announce that customers will be able to start their cars with their phones. While the system was officially announced for BMW’s new 2021 5-series sedan, the company said that its 1, 2, 3, 4, 5, 6, 8, X5, X6, X7, X5M, X6M and Z4 manufactured after July 1, 2020, will all support this feature.

While NXP announced its efforts in this area in April, now that its Apple and BMW customers have revealed specific products, the details are being fleshed out. There are not only new specifics now, but also new capabilities that are being prepared for as soon as next year.

Related: BMW's Ultimate Electric Driving Machines Are on the Way 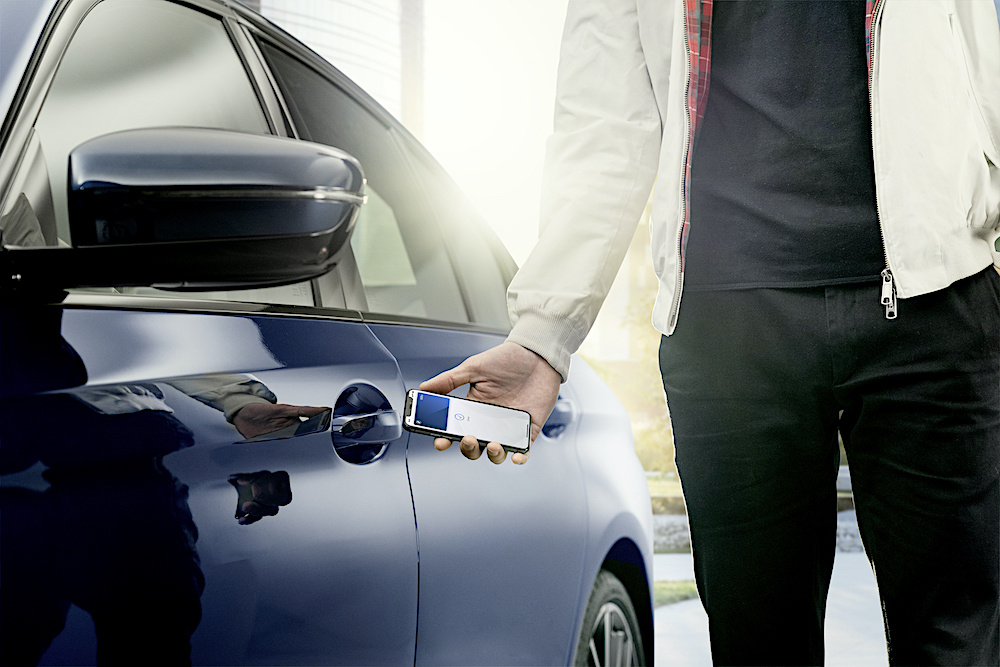 The Apple and BMW smart key offers many appealing benefits for drivers. “Now you can leave your keys at home and unlock and start your car with your iPhone,” explained Emily Schubert, Apple’s senior manager of car experience engineering in her portion of the virtual keynote.

“It is super simple. It uses [Near Field Communications], and you just tap to unlock,” she said, demonstrating that when the driver taps the phone against the driver’s door handle, the 2021 BMW 535 flashes its lights, indicating that it has unlocked the door. Sliding into the car, Schubert continued, “I place my phone on the charging pad and then push to start.”

While that does look “super simple,” as Schubert promised, Apple, NXP and BMW are working on something even better for next year, reported Craig Federighi, senior vice president for software engineering, during his talk about the smart key capability. “We’re working on technology that will leverage our U1 chip, which uses Ultra Wideband technology for precise spatial awareness,” he said. “So you’ll be able to leave your iPhone in your bag or pocket and still securely unlock and start your car.” 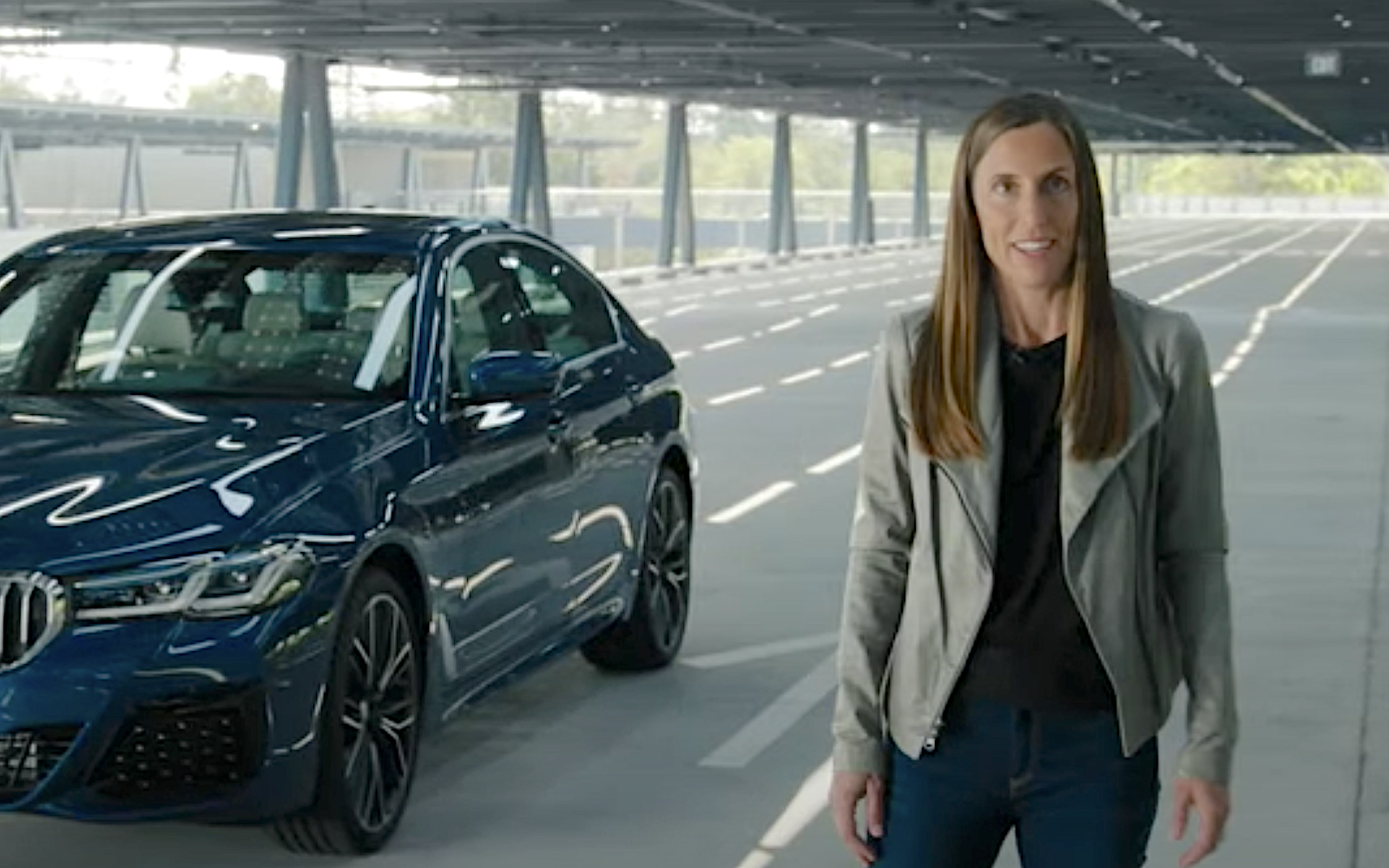 That will bring even more value to drivers who are already used to leaving their key in their pocket with modern keyless entry and starting systems. Federighi said that we can expect this enhancement to arrive next year.

Another important detail is that the smart key technology is not only part of Apple’s iOS14 mobile operating system that will be released in the fall, but this function is being added to the existing iOS13, so customers who buy a new BMW this summer won’t have to wait until fall to use their phone as a key.

Using a smart phone as a car key provides additional benefits, according to Schubert. “This goes beyond one less thing you have to keep in your pocket,” she said. “Digital keys have security benefits. They live in the Secure Element of your iPhone. If it goes missing, you can turn off your keys remotely via iCloud.”

And for convenient and free extra keys, Apple smart key lets you make as many as five diffent phones keys for your new BMW. A key for a BMW 3-Series, for example, costs $247, plus the fee for programming it to work with your car. “They are even easier to share than a physical key,” Schubert noted. “Copies don’t involve trips to the dealership, and you can share from wherever you are with iMessage.” And for valets or teen drivers, owners can turn down the engine power, cutting output in half.

Of course, a common headache for most of us is having a phone battery go dead. Then what? BMW and Apple have you covered, because the smart key function in the phone will still unlock a car for as long as five hours after the phone has shut off due to a dead battery, according to BMW. Once the door is open, you can start charging the phone and start the car.

This all sounds wonderful, but you don’t plan to buy a new BMW soon, or maybe you prefer Android phones, Lutz says that the smart key is expected to quickly become an industry standard in both the car business and the phone business. All of the world’s leading car companies and their tier one electronics suppliers are members of the Connected Car Consortium, and all of those companies can be expected to roll out vehicles employing the technology, he said. “We see this going pretty mainstream.”

So when other carmakers and phone manufacturers call, NXP is poised to help them quickly produce their own smart phone car keys.

“If you have already a reference system up and running, you have all the building blocks and people can pick the chips and software," Lutz noted. "Then everyone adds their own specific color and flavor to it.”

The Apple/BMW version of car key technology is only the first iteration, with many upgrades in the works, according to Lutz. Look for next-generation security, higher power with lower standby power consumption, and next-generation Ultra Wide Band communications with more power and more sensitivity. And, as always with electronic components, there is also the move toward consolidation of chips for reduced part cost and simplified assembly. “The number of components you need for a system gets reduced for a next generation,” he said.

All of this is good news for NXP, but not as good for any hopes Lutz had for a quiet summer. “My team has already been busy before but with the [Apple] announcement, I can say goodbye to a relaxing summer break.” Such continuing developments can leave us hoping to see some such improvements touted in future Apple keynote presentations.

Friday Funnies: Seeing Is Believing As BMW Refuels Its Drift Record Car On the Fly
Nov 15, 2019