At first Design Automation Conference (DAC) art show in 2016, the grand prize was awarded to Coventor, a Lam Research Company, for its 3D sculpture of 14nm FinFET technology. Typically, such models would be rendered on a computer screen but for this event a sculpture was created using a Stratasys 3D printer.

As a reminder, a fin field-effect transistor (FinFET) is a non-planar transistor that has a fin-shaped body. Specifically, the source to drain region of the FinFET forms fins on the silicon surface. These devices have significantly faster switching times and higher current density than regular planar CMOS technology. 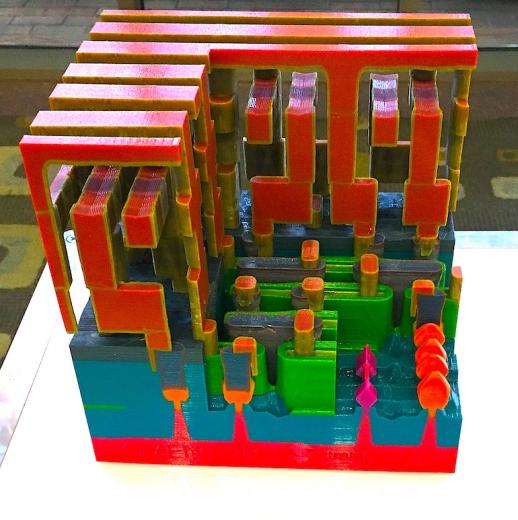