Surfs Up, Dude! What's it Like to Surf the Gnarly Digital Wave? 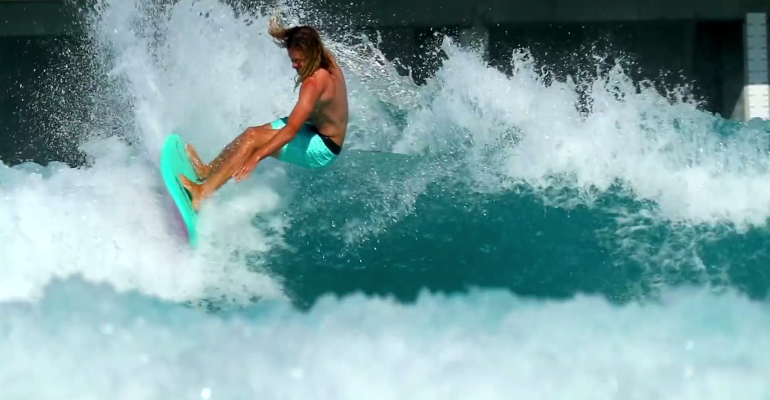 Catch the wave to surf the digital experience.

Surfing has been around since humans began swimming in the ocean. Its popularity may have crested during the 1950s and 1960s with the era of the Beach Boys, but the fun of surfing on a wet wave hasn’t diminished in the least.

A new swirl was added to the sport in the 1980s with the creation of commercially available artificial wave-making technology. One such provider was Surf Loch, a California-based company that specializes in replicating ocean surfing waves within controllable man-made environments. The company's goal is to attract and serve more surfers in their pools to reduce the overall human impact on natural beaches.

The principle behind a wave generator is simple. All one needs is a basin of water and some means of creating a periodic disturbance. Suitable methods include a strong blast of air along the water’s surface, a rotating paddle wheel, or an oscillating plunger. The idea is to push on the water at one point and let the wave energy travel outward from there.

A "standing wave" type of artificial wave was first developed in the 1980s and introduced by the Raging Waters water parks in San Dimas, San Jose, and Salt Lake City. Today, the need has expanded beyond larger commercial water parks to smaller and even private pools, which require more versatile and customizable waves to allow beginners to create a consistent, repeatable waveform and greater wave variation for experienced surfers.

Related: How to Build A Better Digital Twin and Create a Simulated World

In the past, tailoring waves to specific users required physical design, testing, redesign, and more testing of the wave generating system. That’s one reason why Surf Loch decided to surf the digital wave, to master the desired waves through software simulations, before building and testing in a physical facility. This has enabled the company to deliver waves that match the surfer's needs and produce them consistently and reliably according to their skill level.

The surf company chose to use software from Siemens’ Xcelerator portfolio and automation technology to create wave pools that deliver ocean-like waves tailored to each surfer. In addition to its software solutions, Surf Loch leverages other parts of Siemens’ Digital Enterprise portfolio, such as automation and drive technology, to optimize their surf pools. 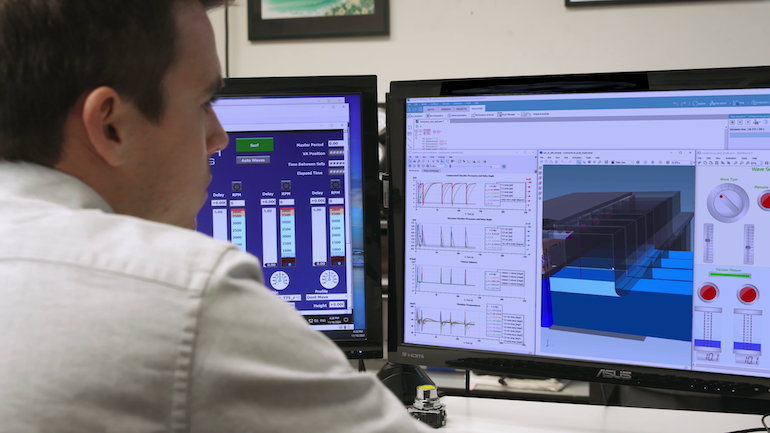