Super Bowl LV: Home Viewers will get a Feast for the Eyes 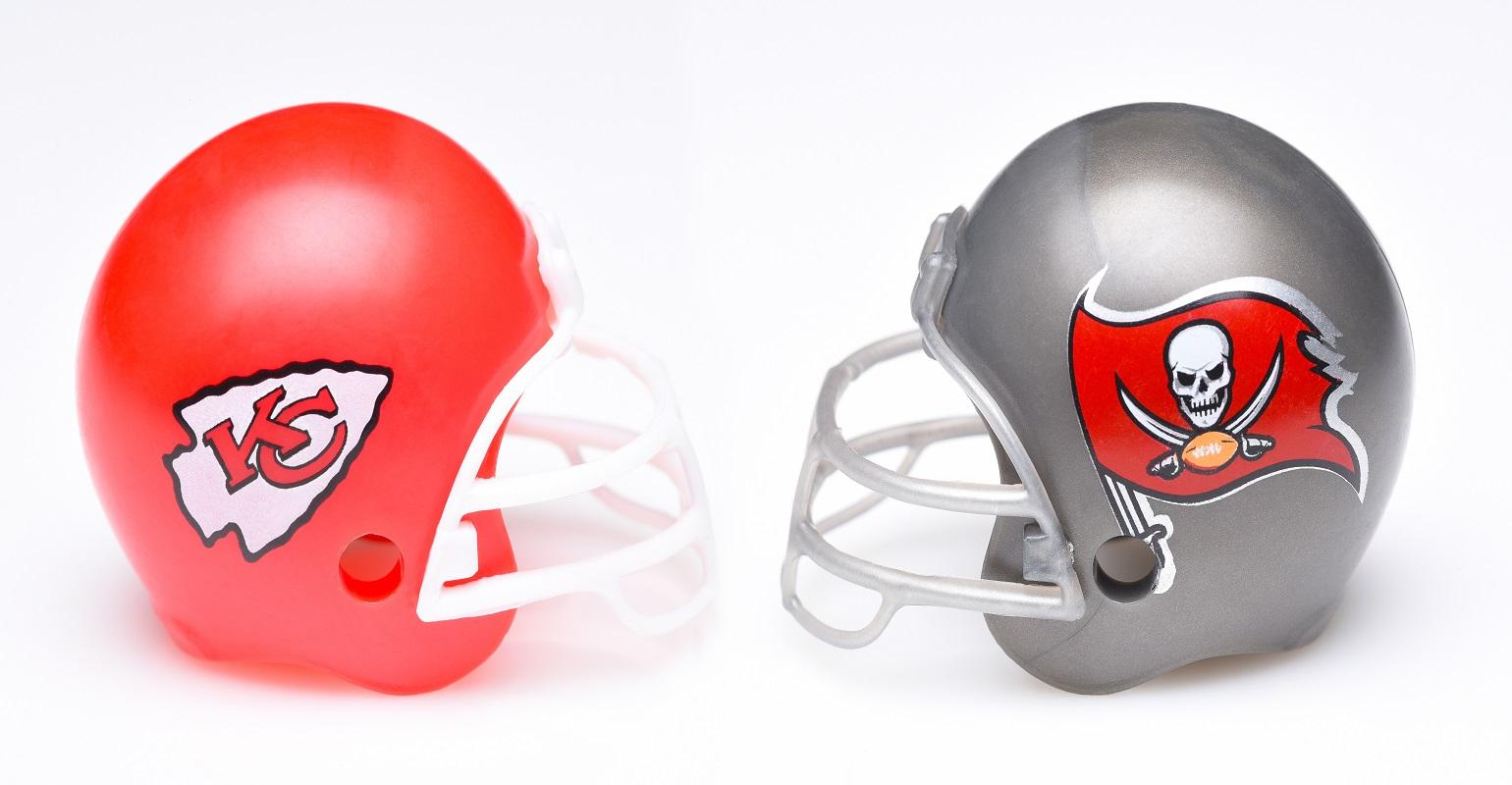 While the Super Bowl will be sparsely attended due to COVID-19, home viewers will benefit from 120 cameras deployed by CBS Sports.

On Sunday, 22,000 fans will fill Tampa’s Raymond James Stadium to 30% capacity for Super Bowl LV. 7,500 of those seats will be filled by health care workers who were given free tickets by the league. While the stadium will be sparsely attended, home views will get a feast as CBS sports eyes the action through the lenses of 120 cameras.

CBS Sports will showcase several camera enhancements, including new camera angles and cameras never before used live. In total, CBS will utilize more than 120 cameras implemented around the field and stadium.

A Trolly Cam, Venice cameras, and a movie bird crane are designed to offer a cinematographic feel as well as bringing new angles of coverage. 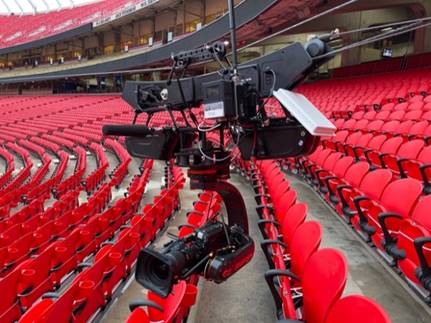 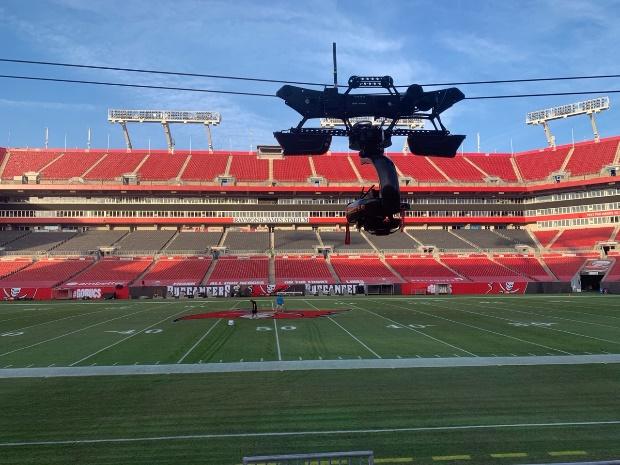 The Trolley Cam will fly parallel to the field at speeds up to 65 mph.

For the first time at the Super Bowl, CBS Sports will deploy the Trolley Cam. The camera will speed from one end of the stadium to the other, ziplining along a wire and positioned to provide the viewing angle of a fan in the eighth row of the stands. The rig can travel up to 65 mph and will provide a look at the players from a vantage point never used at the Super Bowl.

CBS will use several on-field cameras to present a cinematographic feel via Two Sony Venice cameras. The Venice is normally used for cinema-style applications in commercials and movies. It offers a full-frame imager shot in a short depth feel to give it a unique look. The cameras are provided by Inertia Unlimited and will be operated on a traditional steadi-cam rig, as well as a MOVI rig to capture the flare of the action in what has been described as a 3D video game look.

CBS Sports will also debut a 53-foot Movie Bird crane, which is traditionally reserved for major motion pictures and television productions. It will be located on the upper concourse to offer dramatic sweeping shots of the Super  Bowl Today pregame set and game action. The crane will also serve as one of the many augmented reality encoded cameras strategically placed throughout the stadium.

Twelve cameras with 4K and 8K capabilities will be scattered throughout the stadium allowing the production team to extract close-up shots in the key moments of the game. The 4K cameras will be controlled robotically from the stadium concourse levels while two Sony 8K cameras will be fixed on robotic gimbals slung to the stadium lower field. Past Super Bowls deployed 8K camera technology high up in the stadium infrastructure. This year CBS will debut an angle from near-field height for a new view of the field.

This year’s graphics package will unify the simple, intuitive image of CBS with the motif of Super Bowl LV of sea and sand by using four augmented cameras. Animations, in-game graphics, and augmented reality will be used to enhance the viewer experience. CBS will utilize the technology of the Unreal Engine.

To protect the health and safety of the tech crew, CBS Sports will utilize alternative production methodologies that have been refined and enhanced during this season. Remote replay operators will provide instantaneous footage playbacks from home, and dozens of editors, graphic operators, and show production technicians will work remotely from the CBS Broadcast Center in New York City.

The CBS Sports Production and Technology by the Numbers:

Another technology twist on the Super Bowl technology is the no-cash policy. All purchases in the stadium will be digital with the backing of the NFL’s corporate partner, Visa. The stadium will use only contactless payment methods.

The idea of going cash-free was not to avoid the contact of bills. The decision to go cashless was in the works before the pandemic. As part of their 2019 contract, Visa was converting the league’s top events into cashless environments. The new arrangement runs through the NFL’s 2025 season.