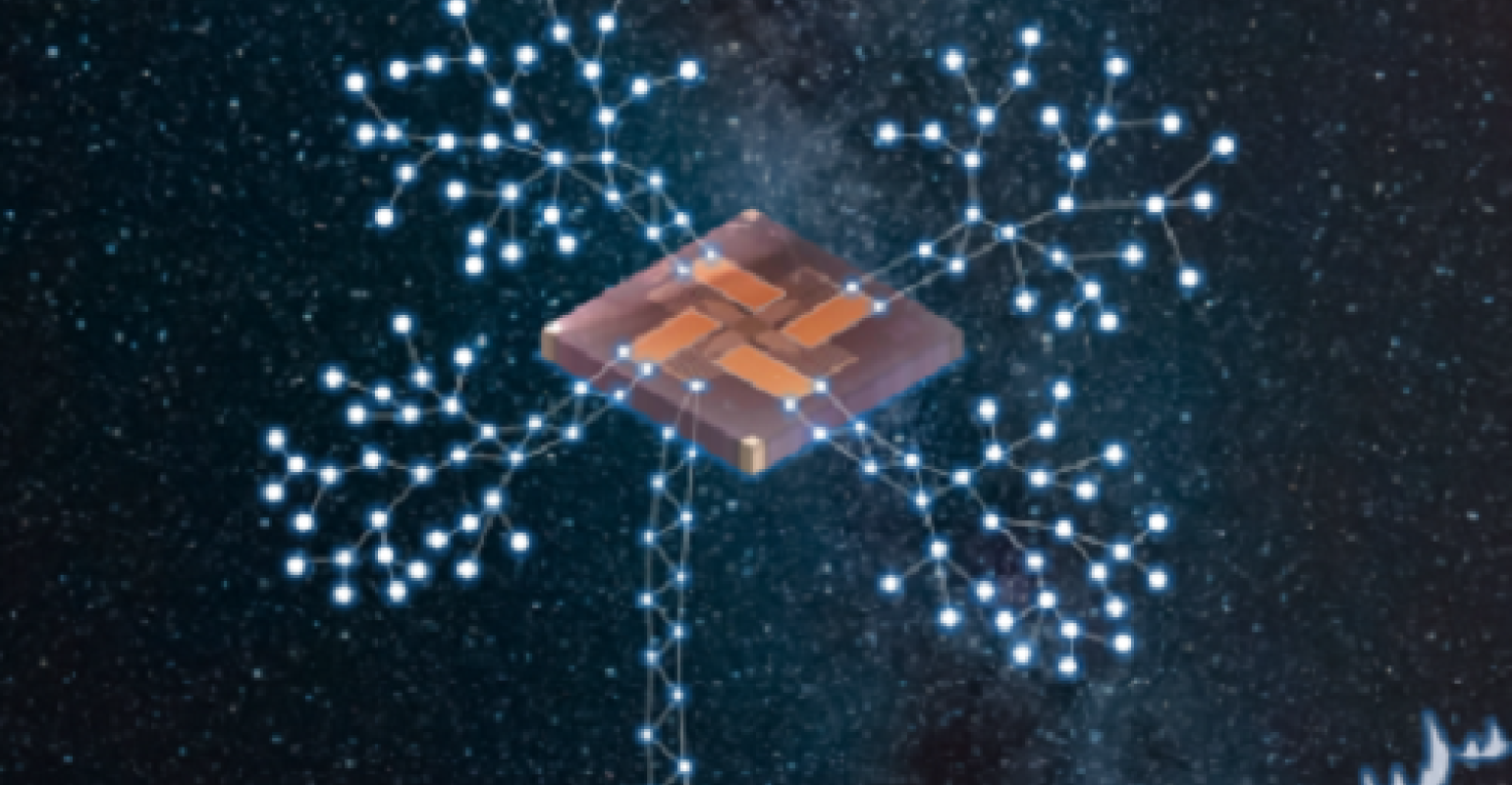 Researchers in Germany have developed an artificial neurotransistors that can both store and process information at the same time and mimics the human brain, paving the way for innovations in artificial intelligence and smarter robotics.
Scientists believe that in the future robots will be able to think and reason like humans, and researchers have developed a neurotransistor that mimics how brain neurons function using semiconductors.

Scientists believe that in the future robots will be able to think and reason like humans, though technology does not yet exist to fully support this vision.

Researchers in Germany have made advancements to achieve this with the development of an artificial neurotransistor that can imitate how brain neurons function—storing and processing information at the same time—using semiconductors.

A team of collaborators from the Dresden University of Technology (TU Dresden) and the Dresden-based research lab Helmholtz-Zentrum Dresden-Rossendorf (HZDR) used the human brain as the model for their research, which combines data processing with data storage in an artificial neuron, said Larysa Baraban, a senior scientist, and lecturer at TU Dresden and researcher at the lab.

“We simulated the properties of neurons using the principles of biosensors and modified a classical field-effect transistor to create an artificial neurotransistor,” she said in a press statement.

Related: 15 Bright Moments in Artificial Intelligence at the Movies

Typically, the trend in current microelectronic processing technology is to reduce component size to boost performance, particularly when it comes to placing individual transistors on the silicon computer chips.

This is reaching its limits, however, which is why the team sought to find another way, Baraban said.

The research builds on previous work to model computers on the human brain, which have had limited success. What the Dresden researchers did was to simulate the properties of neurons using the principles of biosensors and modify a classical field-effect transistor, which in essence created an artificial neurotransmitter, she said.

The benefit of this design is that a single component of the device can simultaneously store and process the information, Baraban said. In conventional transistor technology, these functions are separated, which leads to slower processing time and thus ultimately also limits performance.

To design the device, researchers applied a viscous substance—called solgel—to a conventional silicon wafer with circuits, which then hardens and becomes a porous ceramic, explained Gianaurelio Cuniberti, Chair of Materials Science and Nanotechnology at TU Dresden.

“Ions move between the holes,” he said in a press statement. “They are heavier than electrons and slower to return to their position after excitation.”

This delay, which is called hysteresis, is what allows them to store information, a key aspect of the transistor’s functionality, Cuniberti said.

“The more an individual transistor is excited, the sooner it will open and let the current flow,” he explained in a press statement. “This strengthens the connection. The system is learning.”

Researchers published a paper on their work in the journal Nature Electronics.

While the work achieves some innovations in artificial intelligence, it also has some tradeoffs in what people think of in terms of typical computer processing, Cuniberti said.

“Computers based on our chip would be less precise and tend to estimate mathematical computations rather than calculating them down to the last decimal,” he explained. “But they would be more intelligent.”

Robots created using the technology, for instance, could learn to walk or grasp as well as include an optical system and the ability to recognize connections—all without a software requirement, Cuniberti said.

The plasticity of neuromorphic computers, which is similar to the brain, also means they can adapt to changing tasks during operation just like humans, giving them the ability to solve problems beyond which they were not originally programmed, he added.

4 Reasons to Use Artificial Intelligence in Your Next Embedded Design
Nov 14, 2019