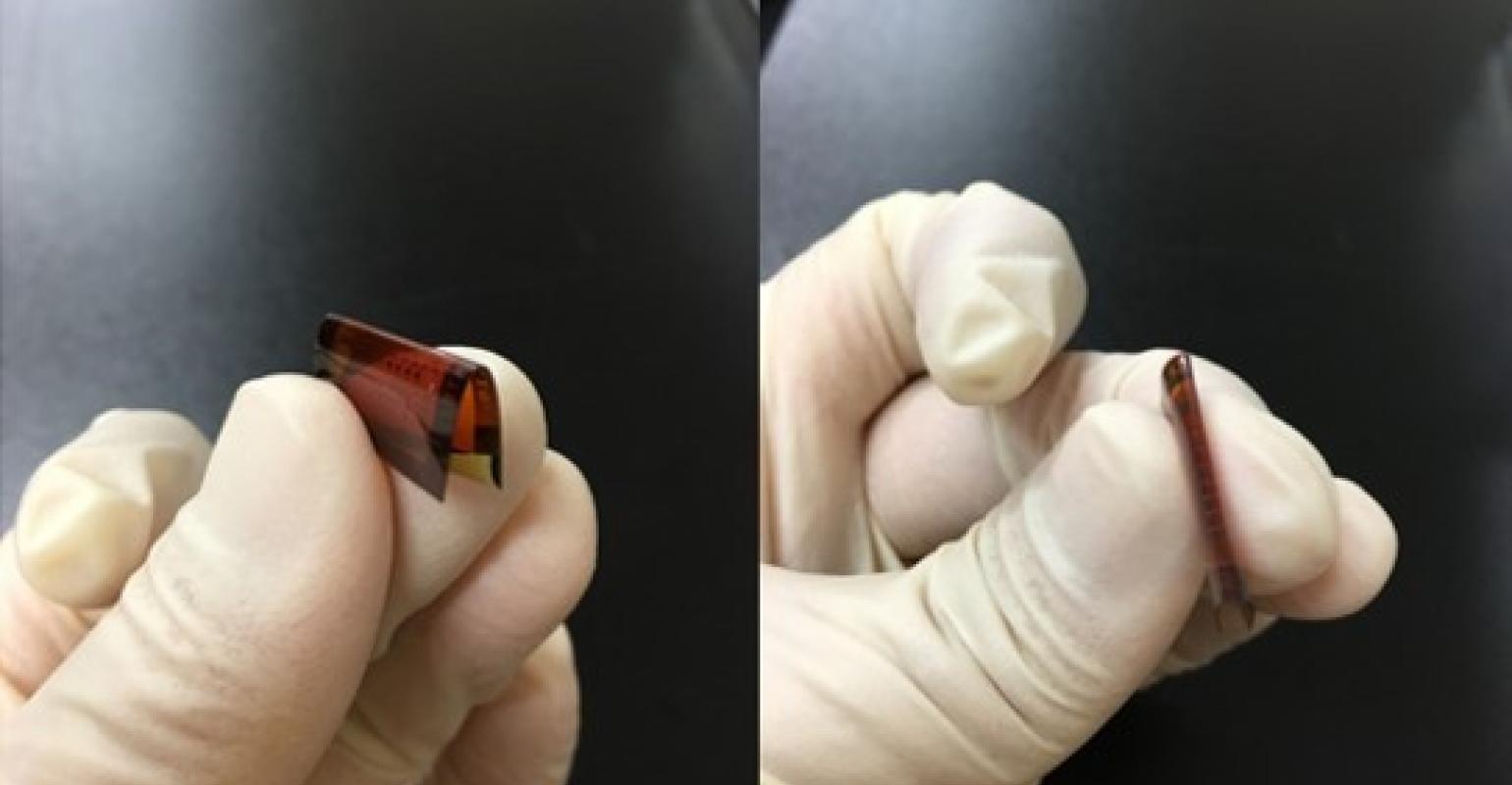 A new method could help pave the way for widespread commercial availability of flexible electronics.

In the future, scientists imagine that the mobile devices we use every day will be flexible, not rigid. However, in order to achieve this long-term vision, researchers must develop stable flexible electronic components, many of which will be comprised of thin films that are currently in development.

One drawback to these thin films is that they tend to crack when bent or folded repeatedly, which has led scientists from Daegu Gyeongbuk Institute of Science and Technology (DGIST) in South Korea to design a potential solution to this problem.

A team there, led by Professor Jae Eun Jang, has devised a rather simple way to create more durability in thin-film components such as electrodes and transistors by poking micrometer-sized holes in them. 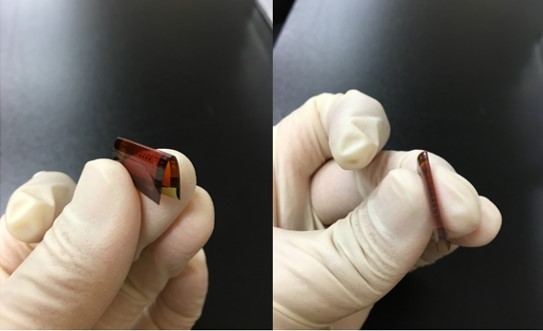 Repeated bending causes irreparable damage to flexible conductors in the form of microscopic cracks. Researchers from Daegu Gyeongbuk Institute of Science and Technology (DGIST) discovered a way to help remedy this issue by poking holes in thin films.

Specifically, he and his team filled standard flexible conducting film with these tiny holes in a zigzag pattern, a method inspired by a technique used in building construction.

The team imagined that this same stress release could work for thin-film electronic components, which tend to be fragile and can incur microscopic cracks that ultimately cause devices to fail during the bending required of their role.

Flexible electronics are currently being developed in the form of wearable devices, solar cells and sensors, and scientists one day believe even everyday devices like mobile phones will be comprised of flexible materials. For this concept to be fully realized, however, the challenge of the fragility of these devices needs to be addressed.

The DGIST team tested their method to see if the array of holes would help reduce the tendency of thin-film conductors to crack in a way that would cause device failure, Jang said.

What they found is that the holes changed the stress distribution of the material enough so that cracks formed only at specific points near the edges of the holes and did not spread very far.

This result was tested repeatedly to show that the flexible metal electrodes the team developed could bend thousands of times without device failure.

“Our devices were able to maintain conductivity up to 300,000 bending cycles, which means that they can be bent over 80 times a day for 10 years,” he said in a press statement.

In addition to the mechanical results, the team said their approach is relatively inexpensive and easy to adopt with current production equipment used to create thin films. This also bodes well for their adoption for commercial fabrication of flexible electronics.