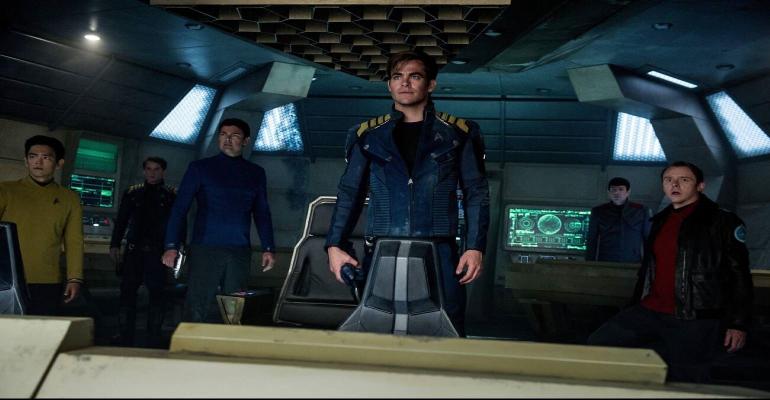 Nowadays, when one sees a blockbuster movie with splashy special effects, the inclination is to credit graphics and animation experts using the latest CAD tools. But Ben Eadie, an established special effects and proper designer for a number of major movies and TV shows, also still believes in using old-school technology of physical explosive gadgets and human stuntspeopleꟷand attributes his engineering skills to helping him carve out a niche in a highly competitive industry.

Eadie is a well-known special effects expert whose credits include a litany of blockbuster films and TV shows, including but not limited to Ghost Busters: Afterlife, Star Trek Beyond, and the Arrow series. While Eadie has long mastered computer-aided design (CAD), the electromechanical engineering expertise acquired earlier in his career has helped produce frightening realistic, life-like props and special effects that have long captured the eyes and ears of movie and TV buffs.

In a recent interview with Design News, Eadie said the seeds of his career were planted early in life, growing up on a farm and becoming familiar with mechanical technology. “This mechanical background helped make a big difference as I knew where a bolt should be put.”

After serving in the military, Eadie worked as an engineer working on various projects. Through a contact he met at a maker space event, Eadie made a connection with a company that produced special effects, and his career started taking off.

Eadie got into CAD tools early, starting with Solidworks and eventually spreading to Rhino and other tools. But it was his engineering instincts that gave him a leg up on the competition. “I did skin repair for aircraft and worked with others to get it into reality. There is an intuitive mindset to designing part of a physical set. You need to consider what would make it easier to make something work.”

Not only did Eadie’s experience working as part of engineering teams help, so was his experience working under pressure. Eadie noted that working on films meant meeting production deadlines that in many cases are even more compressed than the time-to-market cycles engineers encounter.

While Eadie’s hands-on mechanical skills have helped him visualize and create film sets and props, the intense pressures of Hollywood deadlines require taking shortcuts wherever possible. Eadie remembers helping to create two large rotating sets for the 2016 blockbuster Star Trek Beyond. “We specified a large motor at $250,000 and were asked to buy two of them, instead of building them. Time is money.” Eadie added that those motors could be set aside for other movies.

Eadie’s penchant for tinkering was obvious when he tried to save one of the props from Ghostbusters: Afterlife, namely the RTV. In the video below, Eadie discusses the process of rebuilding the RTV prop.

Eadie greatly appreciates the advances in software and hardware that have made his task easier. “There have been great improvements in hardware processors that are enabling tablets and smartphones to lots of data. I am updating 3D models and sending the data back to the fabricator to build things, in real time. Previously, you might have to wait days to implement changes.”

His ability to create physical props and integrate them with special effects adds an element of realism to action sequences, Eadie noted. He recalled creating Proton Packs for cast members in the the Ghostbusters: Afterlife film. “This was a lot of fun. I had to monkey around with the special effects. The lighting producers want the lights to spin, so we went to LEDs.”

Eadie added that incorporating a physical element gives the actor or actress another element to interact with that gives a greater sense of realism. “In another instance, I remember not telling some of the actors and actresses that wands they were using actually vibrated.  Their surprise reaction to the vibrating wands enhanced the action sequence.”

While Eadie seeks to test the limits possible in creating props and sets for action sequences, he keeps safety foremost in mind. In one film where there was a car canyon, Eadie said the fact that there was an actual human being shot out of the canyon meant taking extra care in the safety of prop design.

Eadie is thankful for the opportunities he has been given and expects to keep learning and growing. “Be all that you can be” is his advice to others.

Eadie also expects that, whatever changes take place in the industry, there will continue to be a need for those able to combine the latest virtual design tools with hands-on engineering expertise.

“I have heard stories about newspapers being dead, magazines being dead. But they are still around. And people like us will always be needed.”