Not All Critical Chips Suffering From Shortages 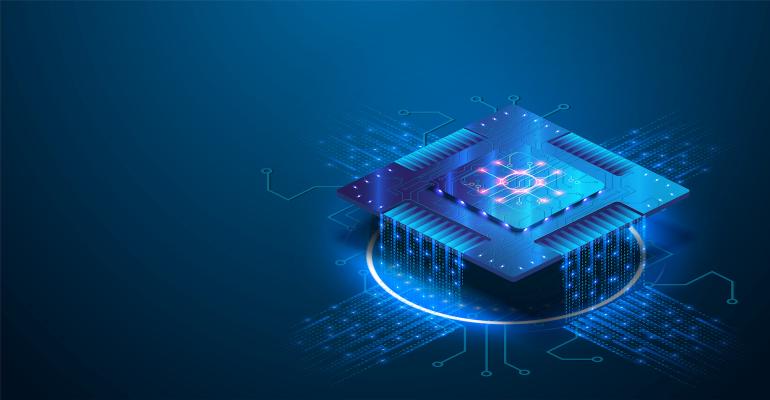 Everyone is aware of the shortages of silicon-based chips used in automotive electronics. There are many reasons for the shortages, from the fabs shifting to COVID-related electronics to Makimoto’s wave. The shortage has raised the serious issue of U.S. dependency on foreign supplies, as demonstrated by  President Joe Biden’s recent executive order calling for a review of supply chains for critical products.

It is no secret that the U.S. has been losing semiconductor manufacturing capabilities for some time. The U.S. share of global semiconductor fabrication is barely 12 percent, down from 37 percent in 1990, according to a report from the Semiconductor Industry Association.

The automotive chip shortage has caused a slowdown in car production, which in turn has resulted in layoffs at car manufacturing plants and even forced car dealers to change the way they advertise and promote their vehicle inventories.

To adjust to the changing supply challenges, dealers are now implementing more “just-in-time” advertising techniques to utilize analytics and digital resources to help them decide what sell in a real-time fashion noted Jeremy Anspach of PureCars. The carmakers don’t want to promote a vehicle that might not be on the lot when customers arrive at the showroom.

While the chip shortages are real and a major concern, the news isn’t all bad. To understand why it necessary to realize that silicon isn’t the only semiconductor material available for electronics.

When most people think of the semiconductor world, they think of silicon (Si) chips. This is understandable as Si materials dominate the market. But there are other materials that can be used to make critical chips and that are not suffering from shortages.

But in this time of Si-based chip shortages, it’s been GaN compounds that have come out as the winner – for now. For example, GaN Systems recently announced the shipment of 20 million GaN transistors and is greatly expanding capacity in anticipation of future orders.

Today’s automotive electronics rely heavily on silicon-based power transistors, but gallium nitride (GaN)-based devices have been gaining a foothold in the market. Now that silicon chips are facing a global shortage, that foothold is turning into a stronghold.

One must be careful when comparing silicon chips – currently facing shortages – with other semiconductor materials based on gallium and even germanium.

Gallium nitride performs well in semiconductor power devices as well as RF components and light-emitting diodes (LED). It has gained popularity over silicon-based chips (such as silicon carbide (SiC) in power conversion, RF, and analog applications.

Gallium nitride crystals can be grown on a variety of substrates, including sapphire, silicon carbide (SiC), and silicon (Si). The advantage of growing a GaN epitaxial layer on top of silicon is that the existing silicon manufacturing infrastructure can be used, thus eliminating the need for additional processes and costly specialized production. One way an epitaxial layer can be grown on a silicon substrate is by heating the latter such that the former materials crystallin layers combine with the crystalline layer of the substrate.

“The gallium nitride market is growing like a weed,” notes Walden C. Rhines, CEO of Cornami and CEO Emeritus of Mentor-Siemens. This is not a casual remark at Rhines sits on the board of Qorvo, a leading supplier of GaN devices for microwave communications. He was also the one who authorized the early Texas Instruments (TI) GaN fab in Dallas, TX, many decades ago. At the time, it was a joint foundry with Hitachi, which has since been sold to Triquint which then later merged with RFMD.

Even though the GaN fab is an older one, it still is located in the U.S. This helps both President Biden’s national supply chain initiative while potentially making at least a small dent in the ongoing automotive chip shortages.

The compound gallium nitride is important in semiconductor chips.