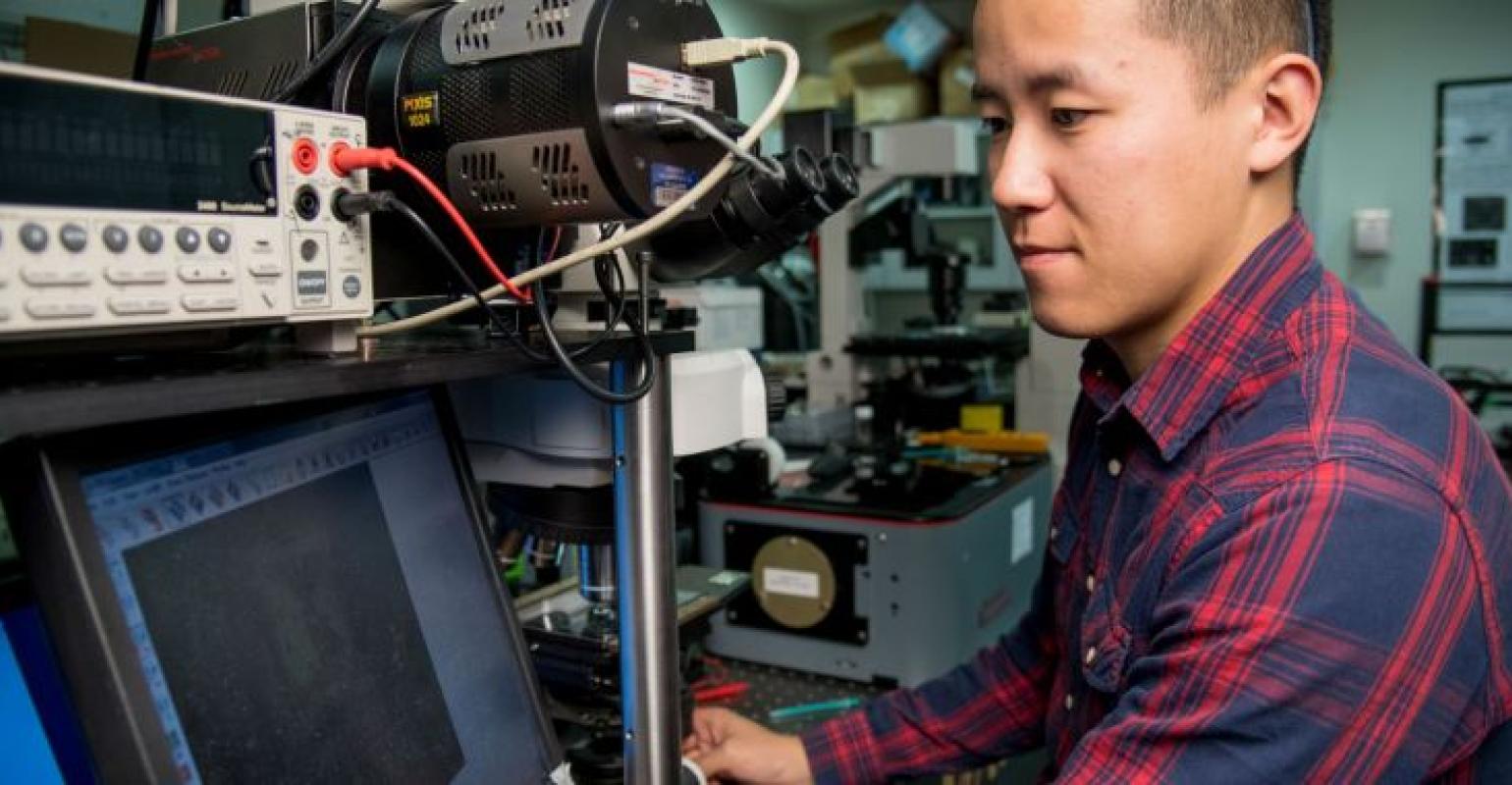 A novel way to control the assembly of nanoparticles in nanocrystals could pave the way for more widespread use in electronic applications.

Researchers have designed a method to control the assembly of nanoparticles in materials they said can benefit the future design of electronic devices and displays, such as smartphones, camera lenses, and solar photovoltaic cells.

A team of Australian scientists led by the Australian Research Council (ARC) Centre of Excellence in Exciton Science worked with nanocrystals in their research, which demonstrates a new, controllable method to assemble single nanoparticles directly into a pre-patterned template.

This method could ease a barrier to entry for the fabrication of nanocrystals for mainstream applications.

While these materials have a wide range of existing and potential uses, they are often made with wet chemical methods that present challenges for incorporating them effectively into devices. Because of this, they are not used to their potential.

“This deposition method solves a fundamental roadblock for nanotechnology and creates a viable pathway for miniaturization of both optical and electronic devices,” Professor Paul Mulvaney, professor and director of Exciton Science, said in a press statement.

That deposition method is called electrophoretic deposition (EPD), which entails applying an electric field at a certain level of strength to the material. By using it, the researchers succeeded in creating a nearly perfect single nanocrystal array using either gold nanospheres or gold nanorods.

Researchers also used their method to control whether the nanocrystals assemble in vertical or horizontal configurations, another way to optimize the material, said Heyou Zhang, a PhD candidate at the center and another of the project’s researchers.

“Conventional nanofabrication methods normally produce 2D nanostructures,” he said. “With the ability to assemble in both vertical and horizontal directions and with spatial control of the nanoparticles on the surface, this method provides far more opportunities to build and manufacture nanoscale structures.”

Applications for the work include next-generation display technology, as gold nanocrystal arrays can be used as a plasmonic pixel, or a color-display unit with high purity and color saturation.

“It provides very distinct color with angle or polarization-dependent properties, which has potential as a security feature or in medical imaging,” Zhang said in a press statement, adding that it could one day also be used as a universal nanomaterial assembly method.

While the team’s focus was on working with gold nanocrystals, their work could also be applied to other nanomaterials, such as semiconductor quantum dots, magnetic nanoparticles, and organic nanoparticles.

The team plans to continue its work to create a single quantum dot “on-off” switch, which can form part of a logic gate or memory pixel for high-density information storage within the material.