HomeElectronicsMeet my Spiffy New Tilswall Soldering Station
Recent
Electronics
Researchers Use AI and Stimulation to Strengthen the Brain
Nov 30, 2021
Carbon-Fiber Composites on a Roll in Auto Wheels
Nov 30, 2021
Our First Drive in the Lucid Air EV
Nov 30, 2021
How to Build a Better Industrial Automation System Using PLCs
Nov 30, 2021
POLL
Getting Started with Cpputest for Embedded Applications
Nov 30, 2021
Opportunities for High-Performance Polymers in the Semiconductor Space
Nov 30, 2021
Meet the Most Comfortable Keyboard on the Planet
Nov 30, 2021
Mobile Plastic-Waste Upcycling Platform a Finalist in World Design Awards
Nov 30, 2021 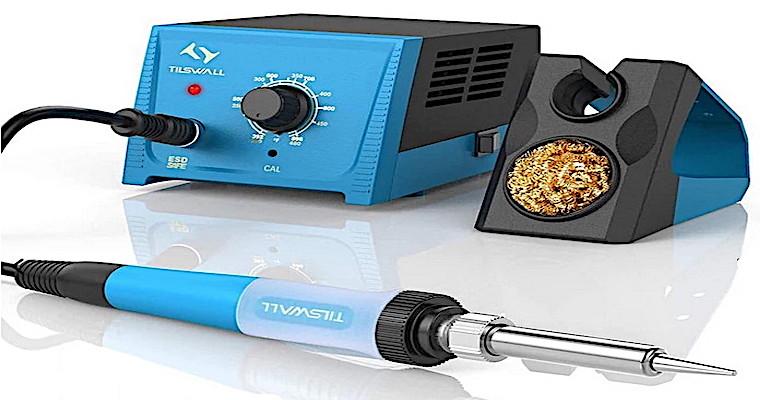 I was just trying to remember how many soldering irons I’ve owned in my life. Many of them have faded from my memory. Having said this, I will never forget my first device -- which I acquired from someone or somewhere I can no longer recall circa 1969 when I was about 12 years old -- because it was gas-heated.

I bet you are now trying to visualize some sort of weird steampunk-type contraption with a gas cylinder and a small intense flame heating the iron. Sadly, I fear the reality is a little more prosaic. Did you observe that I said “gas-heated,” not “gas-powered”? In fact, that soldering iron was literally a cylindrical piece of iron about two inches long and one inch in diameter, with the “working end” shaped into a massive tip and the other end attached to a wooden handle by a piece of metal rod.

Related: Augment Your Multimeter With a Component Tester

When I was in the process of building some new gadget or gizmo -- typically something that was intended to make an annoying sound based on a handful of components attached to a small piece of stripboard -- I was obliged to wait until my mother wasn’t using the kitchen, at which point I would sneak in and heat my iron using the big ring on our gas cooking stove. Once it was glowing red hot, I’d scamper up the stairs to my bedroom (anyone I happened to meet on my numerous back-and-forth treks quickly learned to flatten themselves against the wall as I bounded past) to solder as many joints as I could before the iron cooled down.

This experience was nothing if not an education. For example, I learned enough about dry (cold) solder joints to last me a lifetime.

Related: How I Learned to Stop Worrying and Love the Multimeter

Thinking back, I don’t recall ever reading anything about how to solder in those far-off times -- I just learned by trial and error. I wish to goodness that I’d had a copy of The Basic Soldering Guide Handbook written by my chum Alan Winstanley in the UK. And, of course, there are all sorts of online resources available to folks starting out on their soldering journey these days; for example, the guys and gals at SparkFun offer a very useful How to Solder: Through-Hole Soldering guide.

Once I had eventually managed to save enough of my pitifully small allowance to purchase an electric soldering iron, I opted for a cheap-and-cheerful stand-alone unit with a simple metal rest to hold the hot end away from the user’s work surface (which was the bedroom floor, in my case).

In fact, now I come to think about it because I’m a tad on the parsimonious side, I pretty much stuck with hand-held standalone irons until about 10 years ago when I was ambling around the local Huntsville Hamfest, which is held every August on those years that don’t also boast a worldwide pandemic.

As I wandered up and down the Hamfest aisles, I happened to pass a stall that was selling what were purported to be new-in-the-box soldering stations. I think they presented this as some sort of overstock type deal. The end result was that I found myself in possession of a reasonable beefy soldering station for around $100.

I dream of having a proper workshop with all my equipment laid out and set up and available for instant use. As it is, I keep my electronic components and tools in plastic boxes in the garage, only bringing them into the house when I wish to work on a hobby project. My wife (Gina the Gorgeous) grants me begrudging access to a corner of the breakfast room where I’m allowed to set up a folding table so long as I promise to clear everything away in time for supper.

The reason I mention this here is that, about two years ago, while carrying my soldering station to the table, it slipped through my fingers and... quickly became an ex-soldering station. It must have impacted the floor at precisely the wrong angle because -- when I opened it up -- it was pretty clear that resuscitation was out of the question. It was also clear that this was not, in fact, a new-in-the-box unit because there were tell-tail signs that someone had made a variety of fixes in the past. Even worse, some of these fixes looked like they had been implemented by a person of limited soldering skill using something akin my original gas-heated soldering iron from yesteryear.

So, with a little tear running down my cheek, I bravely soldiered on soldering using another cheap-and-cheerful standalone unit that I quickly purchased from Amazon.

And this is the way things remained until about two weeks ago when the folks at Tilswall reached out to me saying that they’d been reading about my hobby projects on my Cool Beans Blog, and they wondered if I’d be interested in taking a look at their Tilswall Soldering Station.

To be honest, this couldn’t have come at a better time, because I was poised to embark on a new hobby project, which involves adding motion to the eyes and neck of a new robot head I’m working on (see also my recent column: It’s (Almost) Alive! It’s (Almost) Alive!). I quickly responded that I’d love to take a look at this little beauty, and it dutifully arrived a couple of days later. I started work on my new robot head project this past weekend -- you can see the Tilswall Soldering Station sitting on the folding table in the far right-hand corner of the image below. 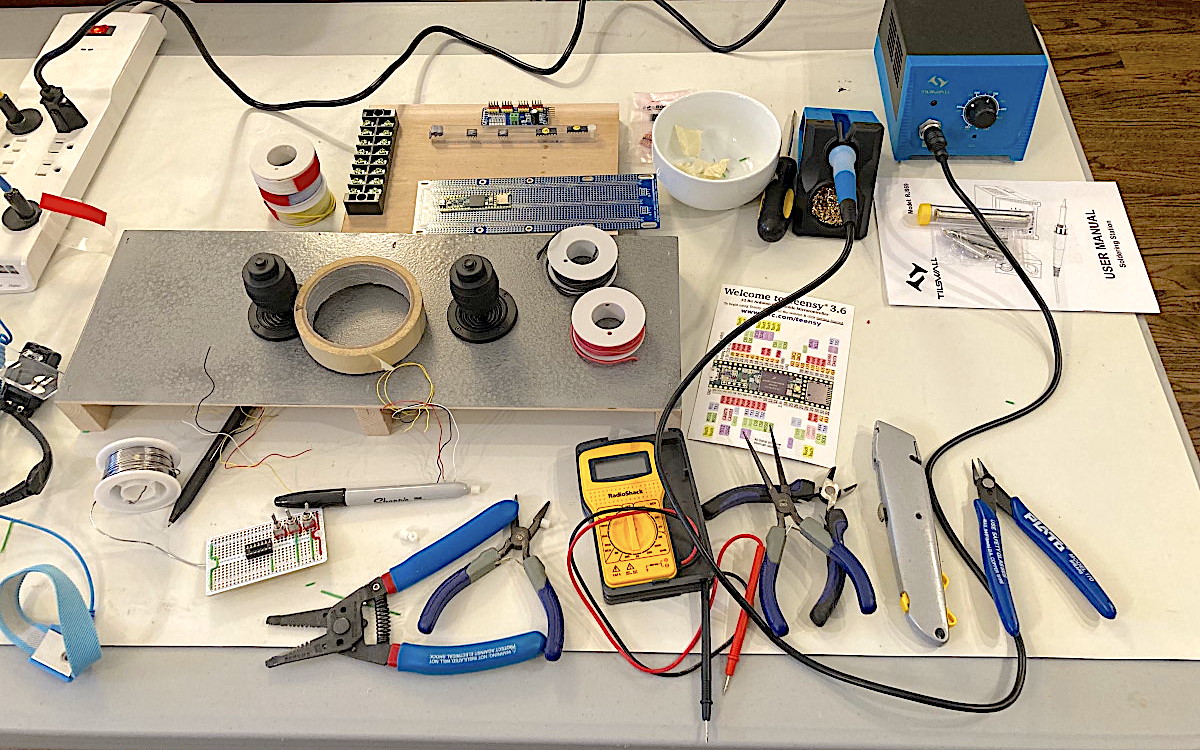 Thus far, I have to say that I’ve been very impressed with the quality of this antistatic and ESD-safe soldering station. Right from the start when I opened the box, I could see that some thought had gone into the packaging. This 65-watt station is supplied with five different tips and a small spool of lead-free solder, which I thought was a nice touch, but I’m afraid I’ve been using 60:40 (or 63:37) silver-lead solder for so long that I doubt I’ll ever change.

This really is a very solid unit. It’s not something you would deploy in a commercial environment, but it’s perfect for home use. Also, at only $35.99, I think this is an amazing deal. Now I’m thinking back to myself when I was 12 years old. At that time, I couldn’t have dreamt of owning something like this soldering station (if I had, some of my early projects might even have worked LOL). All I can say is that, if I ever get my time machine working, I’m going to go back and gift my young self with one of these Tilswall Soldering Stations. How about you? How did learn how to solder, and what sort of soldering iron are you using today?