Key Milestones in the Transistor's Evolution 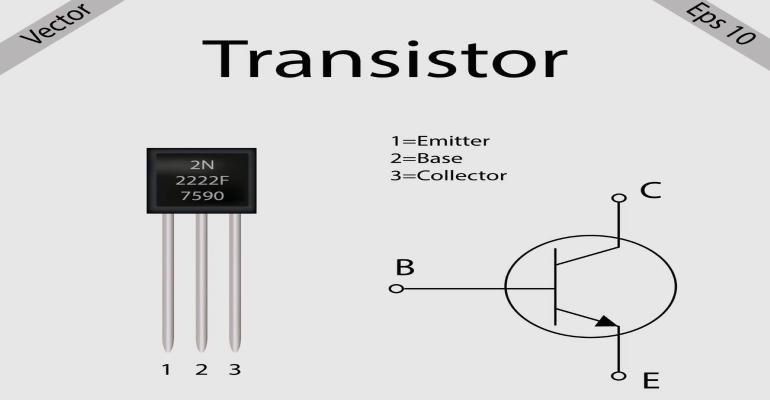 The transistor, invented in 1947, is key to many electronic devices we use on a daily basis.
Here are some of the significant dates in the evolution of the transistor, which turns 75 in December.

The first transistor was successfully demonstrated at Bell Laboratories in Murray Hill, New Jersey, in 1947. This three-terminal device has spawned many of the electronics devices that make possible many of the products we take for granted today. From the transistor came MOSFETs in its various incarnations, integrated circuits, and microprocessors.

What follows below is a summary of the more significant developments in the transistor’s rich history. Design News thanks Wikipedia for the information in this story.

According to Wikipedia, the first patent for the field-effect transistor was filed by Austrian-Hungarian physicist Julius Edgar Lilienfield on October 25, 1925, but as he published no research articles about his devices, his work was ignored by industry.

Bell Lab’s transistor development efforts stemmed from war-time efforts to produce highly pure germanium crystal mixer diodes, used in radar units as a frequency mixer element in microwave radar receivers. After World War II, Bell scientists John Bardeen, William Shockley, and Walter Brattain started work on a triode-like semiconductor device. The trick turned out to be producing consistent electron flow between the device’s emitter and collector, which was made possible by placing the emitter and collector leads very close together with the control lead at the base of the crystal.

A Purdue University graduate student, who joined the research effort, noted that when was applied, there was no resistance, which gave birth to the idea of minority carrier injection.

Armed with this knowledge, the Bell scientists went through several starts and stops before finally building the first working transistor on December 16, 1947. The point-contact transistor features two closely spaced gold contacts joined by a small piece of germanium.

Barden, Shockley, and Brattain won a Noble Prize in Physics for their efforts. 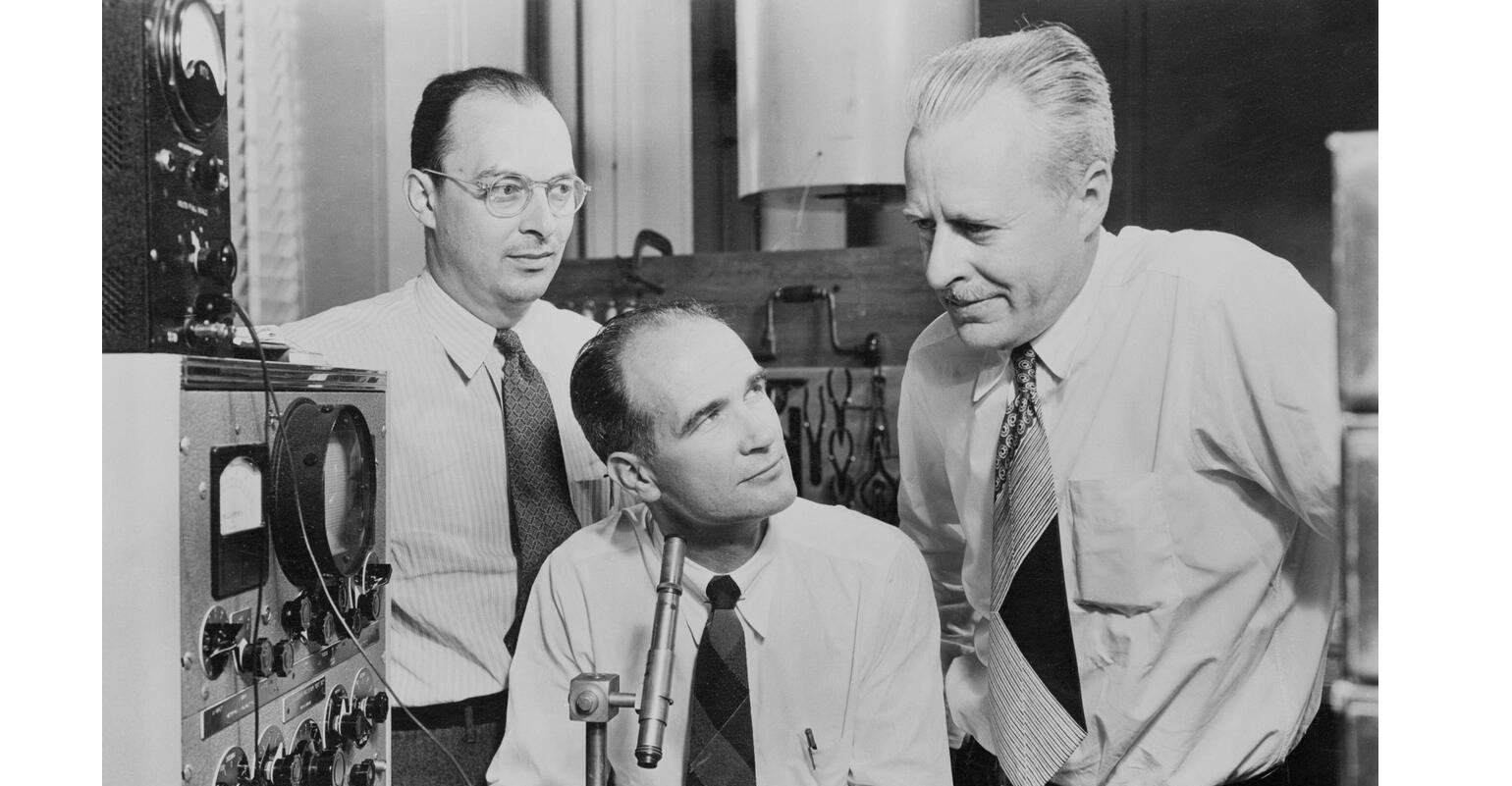 While the first transistor used germanium, this material was not a practical long-term solution because of its limited operating temperature range and difficulties in purifying the compound. A Bell Labs team led by Morris Tanenbaum developed the first working silicon transistor on January 16, 1954. A similar device was developed by Gordon Teal of Texas Instruments a few months later.

In 1955, Bell Lab scientists discovered the passivating effect of oxidation on the semiconductor surface. The surface passivation method is a key milestone for transistors as it later made possible the mass production of ICs.

The successful demonstration of silicon oxide’s passivation of a silicon surface, first by Mohamed Atalla at Bell Labs and Jean Hoerni of Fairchild led to the planar process, which made the mass production of silicon ICs possible.

Also in 1959, the first MOSFET was produced. The metal–oxide–semiconductor field-effect transistor (MOSFET) was invented by Atalla and Dawon Kahng at Bell Labs. They fabricated the device in November 1959 and presented it as the "silicon-silicon dioxide field induced surface device" in early 1960. With its high scalability, and much lower power consumption and higher density than bipolar junction transistors, the MOSFET made it possible to build high-density integrated circuits (ICs) allowing the integration of more than 10,000 transistors in a single IC.

Compared to bipolar transistors, MOSFETs consume no current except when switching states and they have faster switching speed. 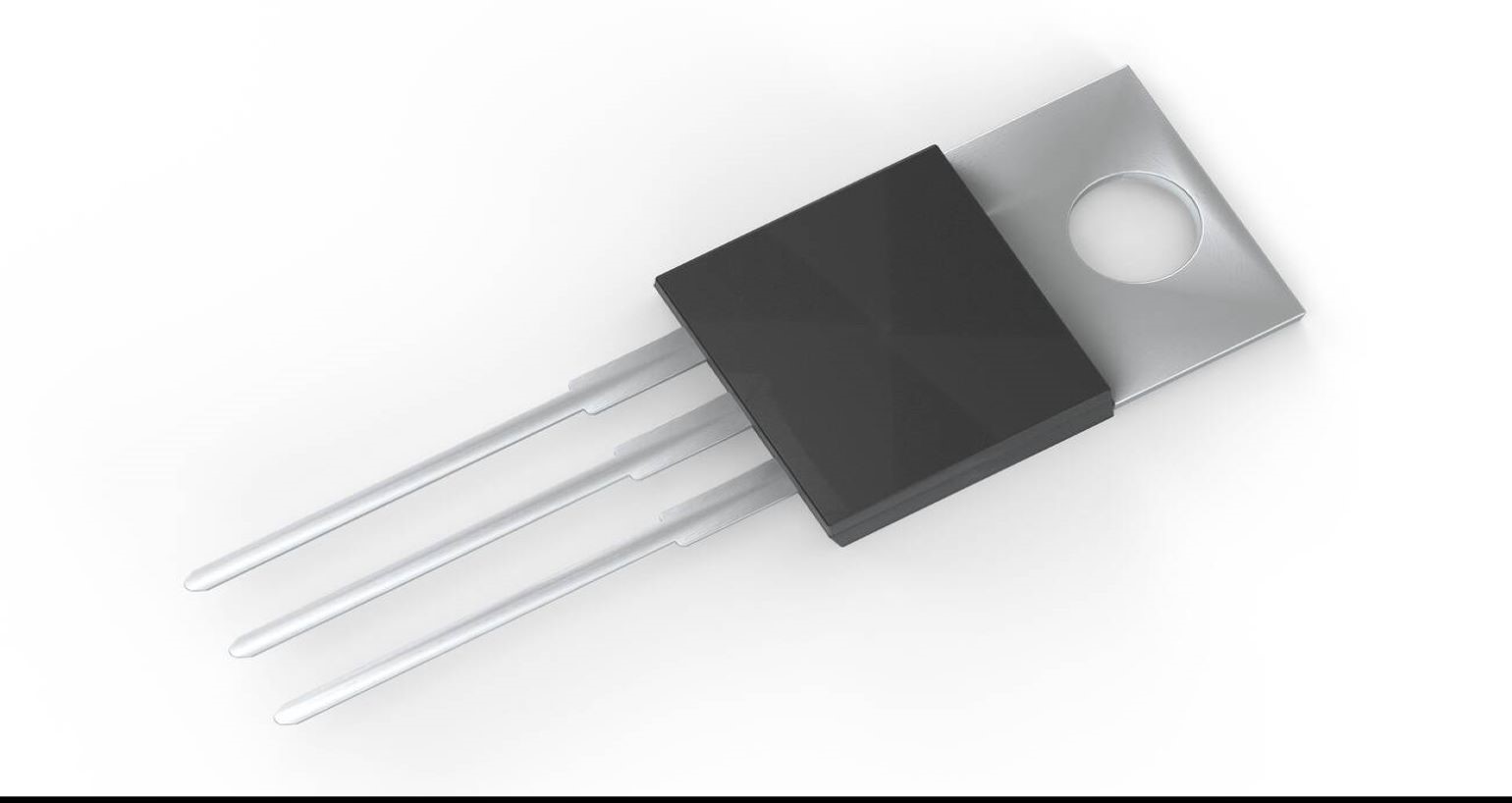 The development of the MOSFET in 1959 was a key step in the transistor's evolution.

CMOS (complementary MOS) was invented by Chih-Tang Sah and Frank Wanlass at Fairchild Semiconductor, and in February 1963 they published the invention in a research paper. CMOS technology would prove instrumental in the development of integrated circuits (ICs), including microprocessors, microcontrollers, and memory chips.

The first report of a FGMOS was made by Dawon Kahng and Simon Min Sze at Bell Labs and dates from 1967. The floating-gate MOSFET (FGMOS), also known as a floating-gate MOS transistor or floating-gate transistor, is a type of metal–oxide–semiconductor field-effect transistor (MOSFET) where the gate is electrically isolated, creating a floating node in direct current, and a number of secondary gates or inputs are deposited above the floating gate (FG) and are electrically isolated from it. These inputs are only capacitively connected to the FG.

The basic IGBT mode of operation, where a PNP transistor is driven by a MOSFET, was first proposed by K. Yamagami and Y. Akagiri of Mitsubishi Electric in the Japanese patent S47-21739, filed in 1968.

Following the commercialization of power MOSFETs in the 1970s, B. Jayant Baliga submitted a patent disclosure at General Electric (GE) in 1977 describing a power semiconductor device with the IGBT mode of operation, including the MOS gating of thyristors, a four-layer VMOS (V-groove MOSFET) structure, and the use of MOS-gated structures to control a four-layer semiconductor device. He began fabricating the IGBT device with the assistance of Margaret Lazeri at GE in 1978 and successfully completed the project in 1979. The results of the experiments were reported in 1979.

The device structure was referred to as a "V-groove MOSFET device with the drain region replaced by a p-type anode region" in this paper and subsequently as "the insulated-gate rectifier" (IGR), the insulated-gate transistor (IGT), the conductivity-modulated field-effect transistor (COMFET) and "bipolar-mode MOSFET". 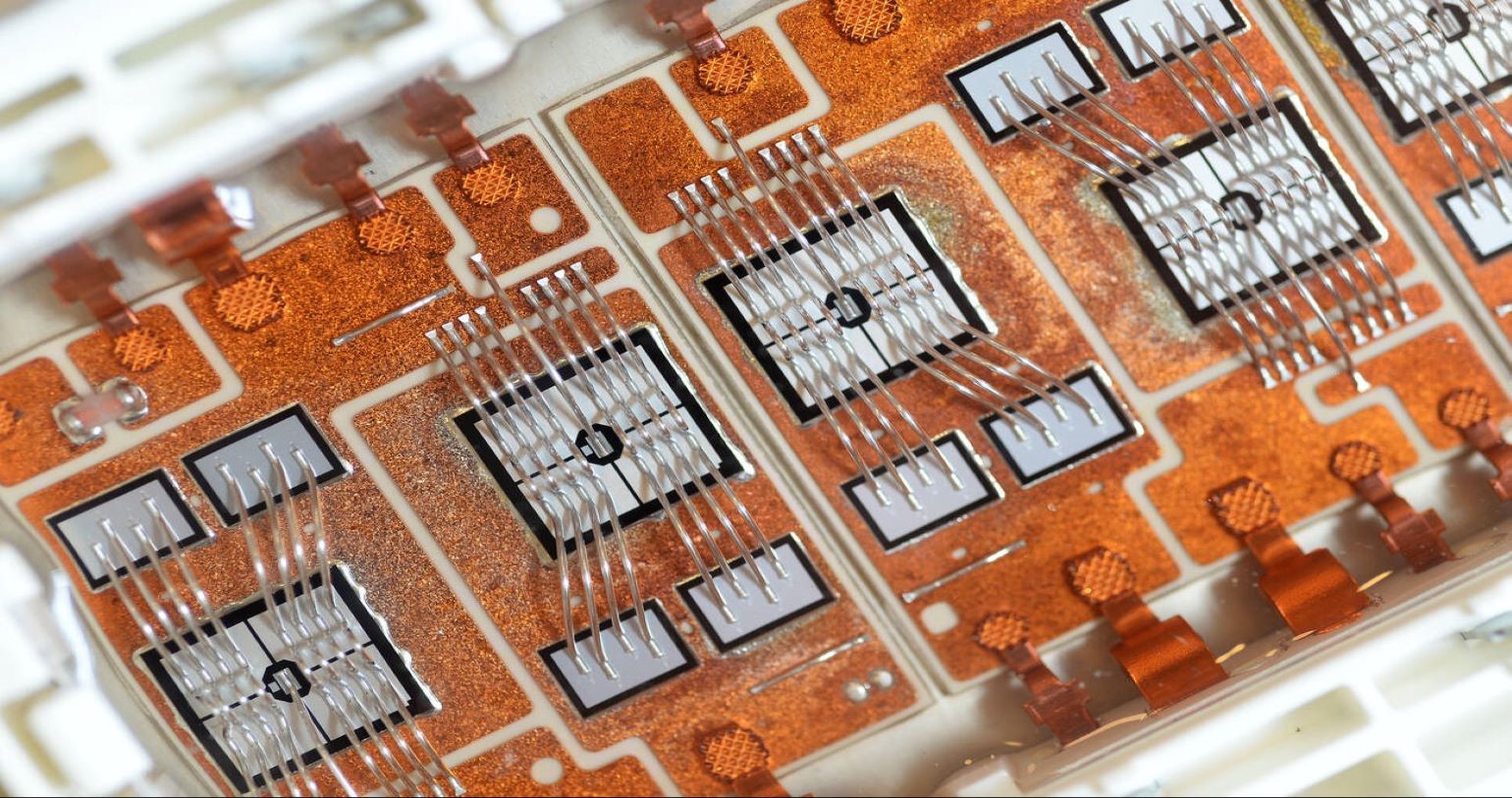 The IGBT (insulated gate bipolar transistor) was developed in the late 1970s.

A fin field-effect transistor (FinFET) is a multigate device, a MOSFET (metal-oxide-semiconductor field-effect transistor) built on a substrate where the gate is placed on two, three, or four sides of the channel or wrapped around the channel, forming a double or even multi-gate structure. These devices have been given the generic name "FinFETs" because the source/drain region forms fins on the silicon surface. Compared to CMOS devices, FinFET devices have significantly faster switching times and higher current density.