The Joys of Retro-Computing 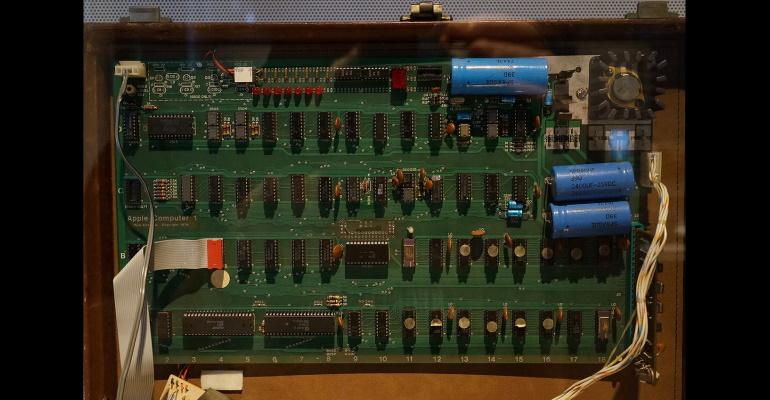 Although I love the power of today’s computers, I’m also tempted by the early machines of yesteryear, like the legendary Apple 1.

On the one hand, I envy the young people of today, not least that they still have their whole lives before them. In my case, by comparison, it’s only 36 years until I’ll be celebrating my 100th birthday (mark your calendar now).

In fact, I’m one of the few people I know who owns a Countdown Timer whose task it is to display the years (YY), months (MM), days (DD), hours (HH), minutes (MM), and seconds (SS) remaining until my centenary celebrations commence.

Related: How to Build a Better Product With Knowledge of Industrial Computers

But we digress... One of the things I envy the young people of today is their access to modern electronic devices like smartphones, smart speakers, and tablet computers, along with stuff like the internet and GPS and... things too numerous to mention. And don’t get me talking about home entertainment devices like 65” ultra-high-definition (UFH) color televisions. When I was a kid, you could have any color you wanted so long as it was black-and-white. The first time I saw a color television in a department store window display was circa 1965 when I was about 8 years old, and I stood there entranced with my nose plastered against the window (I can still see the program that was playing in my mind’s eye).

On the other hand... I remember the excitement we all felt when the first microprocessors and personal computers started to appear on the scene. You have to understand that -- excluding the handful of people who worked on “big iron” mainframe machines -- this was completely unknown territory for everyone at that time. Those computers came as-is with no programs to speak of and you taught yourself as you went along. Oftentimes, the computers came as a kit that you had to build yourself. If you pick up a microprocessor data book today, you’ll find that it’s jam-packed with highly technical material. By comparison, a microprocessor data book circa the mid-1970s started off by explaining basic concepts like “What is Binary?” on the basis that virtually none of its readers would have a clue.

If you haven’t already done so, I recommend reading the biographies, autobiographies, and memoirs of the key people in the early days of personal computing. The four obvious contenders are Bill Gates (Gates), Paul Allen (Idea Man), Steve Jobs (Steve Jobs), and Steve Wozniak (iWoz). It’s fascinating to see how the same events appeared from their various perspectives, and it’s enthralling to discover nuggets of knowledge and tidbits of trivia with which you weren’t previously aware, such as the fact that... but no, you’ll have to read them for yourself.

There’s a clandestine conference that’s held once a year at a secret location in California. This invitation-only event is limited to 100 people, and attendees are forbidden to say anything of substance about it. I’m sure you’ve heard the old presentation advice, which goes: “Tell them what you are going to tell them, tell them, and then tell them what you told them.” If you are invited to give a presentation to this august assembly, you are instructed to forget the first and last parts and “Just tell them because they’ll get it.”

Should you ever be invited to attend this event, you will run into some of the industry greats. Of course, everyone is a lot older now. I can only imagine what it would have been like to hang out with them in the early days at venues like the Homebrew Computer Club, which is where Steve Wozniak debuted the prototype Apple-1 in 1976. I tell you; if I ever get my time machine working again, attending meetings at the Homebrew Computer Club will be at the top of my “To Do” list.

When it comes to the early computers, a number of names spring to mind, such as the Micral and the Scelbi-8H, both of which were introduced in mid-1973, the Mark-8, which appeared in Radio Electronics magazine in 1974, the Altair 8800, which was advertised in Popular Electronics magazine in January 1975, and the Kim-1 and Sphere 1, both of which appeared later in 1975.

It probably goes without saying, but I’ll say it anyway, that the most famous of the early computers was the Apple 1, which was introduced in 1976, and the Apple II, which launched in 1977.

I don’t know about you, but I would love to own an Apple 1. Sad to relate, however, only a few hundred were made, only around 200 of these remain in existence and only a subset of these still work (sad face). On the bright side, there are some rather ravishing retro-recreations available (happy face).

For example, I just saw an interesting How the Apple 1 Computer Works video by someone who goes under the moniker of “The 8-Bit Guy.” This video features the building of a Mimeo 1, which was created by Mike Willegal, and which appears to be a one-for-one replica of an Apple 1. 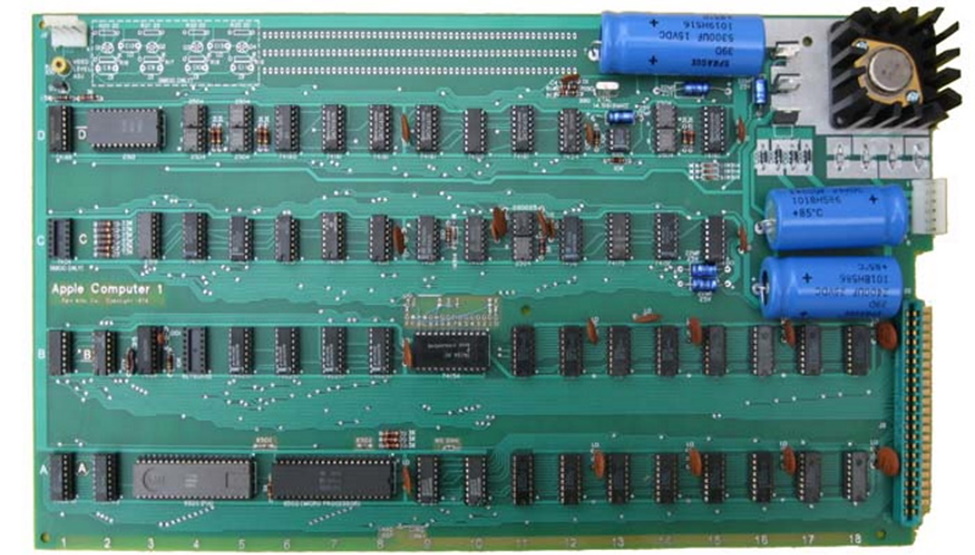 Mimeo 1, version 1.01, built up with a number of hard-to-find vintage components.

Another option is the Replica 1 Plus from Briel Computers. However, although this starts off being described as “an exact duplicate of the famous first computer by Apple Computer,” this account is later qualified as being “a logically exact copy” (which I take to mean “functionally equivalent”). And there’s also an interesting (functionally equivalent) breadboard version of the Apple 1 called the SmartyKit, which – as I pen these words – is available for pre-order (if you click the pre-order link, you will be presented with a feast of photographs).

I must admit that the SmartyKit looks rather interesting. I like the way they’ve pulled all of this together, including the way they’ve mounted each of the integrated circuits on its own breakout board (BOB). I could be tempted to one of these – so much so, in fact, that I just signed up for their email newsletter. How about you? Do you have any desire to play with one of the early computers or a retro replica thereof?