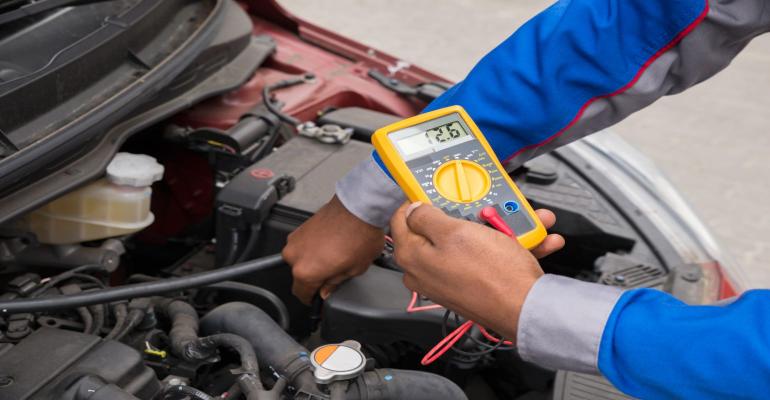 The increasing amount of electronics in vehicles has resulted in a jumble of test protocols.
At DesignCon, panelists debate the challenges of testing automobile systems with multiple functions designed to various vehicle standards.

Today’s vehicles are replete with a range of subsystems for the drivetrain, braking, suspension, infotainment, and other functions. Many are built to different test and interconnectivity protocols for vehicles and often do not communicate with one another. This potentially complicates quality control and maintenance.

The challenges of testing automotive systems were debated in a recent panel discussion at the DesignCon conference in Santa Clara. While panelists agreed that test standards are needed, the process of trying to achieve some uniformity would not occur overnight given all the systems and standards involved.

In older vehicles, legacy systems are often present which are configured differently than those in today’s vehicles. These fundamental changes have to a degree also complicated testing issues. “Vehicles now have domain architectures based on functional allocation,” said Ajeya Gupta, Research Engineer for Advanced Networking Systems at Ford Motor Company.  “There is no longer distributed point-to-point wiring,”

The sheer amount of software that increasingly governs vehicle systems also presents issues, noted Shawn Prestridge, Senior FAE for IAR Systems. “I saw some stat stating there are a  million lines of code in automotive software. That creates a major debugging challenge when systems do not talk to one another.”

Complicating the task is the high amount of technical innovation in current and next-generation vehicles. “The ACES—autonomous driving, connectivity, electrification, and services—are still valid”, said Dr. Kirsten Matheus, Development Engineer for BMW. “The car as a data center depends on many computers that have to communicate.  The higher the data rates, the greater the complexity. The customer does not see the complexity. The key is how well can the car manufacturer handle the complexity.”

One group targeting ADAS (advanced driver assistance systems) and other advanced vehicle sensor and infotainment systems is the MIPI Alliance, a member organization that has developed interface specifications for mobile products. The MIPI Alliance has created a long-reach serializer-deserializer (SerDes) physical layer specification, designated MIPI A-PHY℠, that is designed to complement existing Ethernet, CAN, FlexRay, and other vehicle interfaces.

Standards alliances are considered a step in the right direction, but the key to the adoption of these standards is getting large automotive OEMs to comply. But those companies want to make sure standards are supported, with the appropriate products and technologies.

Widespread product support is an important consideration for Ford’s Gupta, “Automotive industries prefer standards-based solutions. We want the flexibility to choose technologies based on availability, without having to worry about supply.”

Another panelist, Edo Cohen, Vice President of Ecosystem Development at Valens, a semiconductor supplier, said his company has started shipping engineering samples of a MIPI-A-PHY chipset that will help vehicle makes achieve some of that needed connectivity.

The issue of security also arose, as concerns over the hacking of software and hardware systems in vehicles are increasing.

“Eventually, there will be security systems inside the various components,” said Shawn Prestridge of IAR.  Until then, we will have to verify the authenticity of the components after they are connected. For now, it will be done with software.”