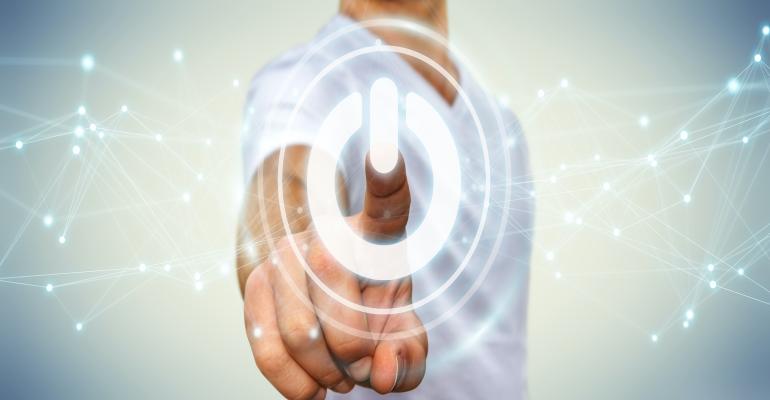 It seems like everything has gotten smarter, thanks to the evolution of embedded technology and the proliferation of IoT platforms. Even the humble switch is now more intelligent.

Smart switches are often used as replacements for traditional built-in switches. Naturally, a user can still physically turn lights or devices on and off with a smart switch, but these switches can also be controlled by the user’s voice – via an audio assistant like Amazon’s Echo or Google Home – or with an application on a smartphone.

There are several good reasons for using a smart switch. One is that a smart switch is often easier and more convenient than using a regular switch, which requires someone to find and physically flip the switch. This task becomes more difficult in the dark and within new surroundings.

Smart switches are also more flexible than a smart bulb, which is an internet-capable LED light bulb that allows lighting to be controlled and customized remotely. However, whereas a smart switch could be controlled by anyone using a voice assistance device, a smart bulb typically requires a smartphone-based application with a password. The latter would be cumbersome for babysitters and guests who visit a user’s home.

Depending on system requirements and operational needs, it may be better to make your own smart switch rather than buy an existing one off-the-shelf. A quick search on Google or Amazon reveals a surprising number of commercial-off-the-shelf (COTS) smart switch providers. Less common are examples of how to design a smart switch to enable a better product, which is the focus of this article.

There are four basic parts to any smart switch design:

The Amazon Echo, Google Home, or similar voice assistant ecosystems enable natural language-activated, web-based queries that can be used to activate smart devices in the home, office, automobile, or almost anywhere a wireless Internet signal can reach. The voice assistant ecosystem is a voice-to-text-to-action device. For example, the Echo accepts an audio voice command from a user, records the audio, and uploads the snippet to Amazon’s cloud servers. Those servers translate the audio into text and then determine (via software tables) the best way for Alexa to respond or initiate a specific action.

Next, the translated voice command actions feed into a processor-based platform, such as the Raspberry Pi. This is the brain of the operation that understands the commands and sends out the appropriate signals to control the relays for the smart switches.

On a side note, many of today’s component relay vendors include “smart” relays in their product offerings. In industrial applications, these relays are often connected to legacy automation interface and network protocol systems from Modbus, and BACnet, to Zigbee, Wi-Fi, and cellular.

One example is the Zelio Logic smart relay from Schneider Electric. These relays are designed to be used in small automated systems, such as the automation of product, assembly, and packaging machines to the control of lighting installations and air conditioning systems – to name just a few applications.

These types of compact smart relays are typically used for simple automated systems with up to twenty I/Os. If required, the relays can be fitted with I/O extensions and a module for communication on the Modbus networks to increase the number of I/Os and ease of programming the devices.

Let’s return to our Arduino-based smart switch. The relay doesn’t need to be a smart one, as in the Zelio Logic above. Instead, a simple relay board with hardware and software interfaces to the Arduino platform will be fine, such as the ESP-8266 relay board. Another approach would be to have a bank of simple relays to control many devices, such as the JBtek 8 Channel Relay Module, also for the Raspberry Pi. This relay board can be used to control any standard 110V wall socket outlet. 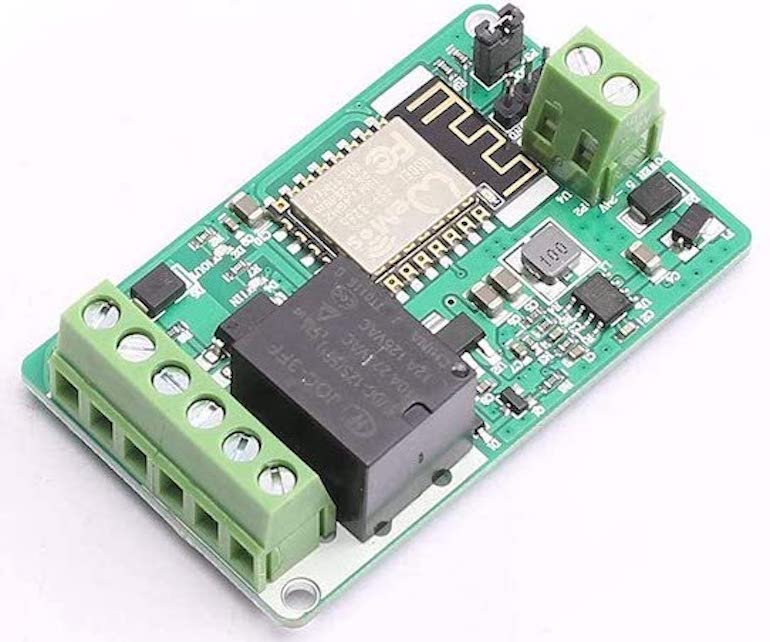 The ESP-8266 is an example of a relay board that contains an option Wi-Fi chip interface as a smart switch interface.

The relay board is then connected directly to a wall outlet to control whatever devices are plugged into the outlet, from lights and music speakers to household appliances.

In order to make responding to certain Echo commands more manageable, the user might include a touchscreen display in this design. Also, a wireless keyboard will make for easier programming on the Arduino.

Here’s an example of a bank of 8 switches as part of a smart switch control circuit.