How to Build a Better Automotive Radar System 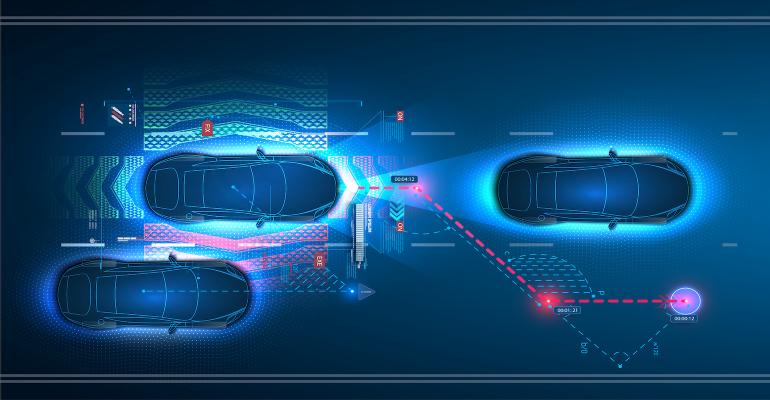 Advanced driver assistance systems (ADAS) rely heavily on modern radar technology. And why not? Radar uses electromagnetic waves to sense the environment. It can operate over a long distance in poor visibility or inclement weather conditions. Designing automotive RF that accurately captures diverse traffic situations will be essential in making autonomous operations safe.

Radar systems are no newcomer to the automotive space. In the past, automotive radar was used in vehicles for basic operations such as automatic emergency braking (AEB) and adaptive cruise control (ACC), where the radar sensor only had to provide the vehicle with information relating to the distance and speed of the target in front of it.

However, recent trends to deploy a fully autonomous vehicle have increased the amount of information that a vehicle demands from the radar sensor. Specifically, after detecting a target, the host vehicle must determine several things, such as the distance to a target – be it another car, a person, a stationary object, or the like. The radar must also calculate how fast the target is approaching or departing; whether it is to the right, left, or straight ahead of the vehicle; on the road or above the ground; and the nature of the target, i.e., pedestrian or vehicle, for example.

Related: How to Build a Better Passive IR Motion and Control System

As vehicles migrate from SAE level 1 to level 5 full autonomy, automotive radar technology will be used for far more than emergency braking and adaptive cruise control with ever-increasing reliability and accuracy demands.

While building and testing are extremely valuable, if used by themselves, that can be prohibitively expensive and time-consuming. Simulation of radar sensor hardware performance is a cost-effective and efficient approach for designing radar sensors. To build a better ADAS product, engineers must use simulation to design, test, and validate sensors in a much shorter product development cycle.

Simulate to Build a Better Product

While hardware simulation is valuable during the sensor design stage, simulation becomes even more valuable when validating and testing radar sensor performance in the real world. Specifically, radar engineers need to be sure that the radar sensors will accurately sense the environment and provide consistent information to the vehicle’s perception algorithms. Failure to do this can severely compromise the safety of fully autonomous vehicles.

Furthermore, engineers will need to test the performance of a radar sensor in the so-called corner cases that may prove too dangerous or costly for physical testing. In fact, it has been estimated that 8.8 billion driving miles will need to be completed before fully autonomous vehicles reach customers. Simulation, therefore, has emerged as the only practical way of reaching this goal. Using simulation, engineers can complete billions of virtual drive miles while also safely testing automotive radar sensor performance in corner cases. 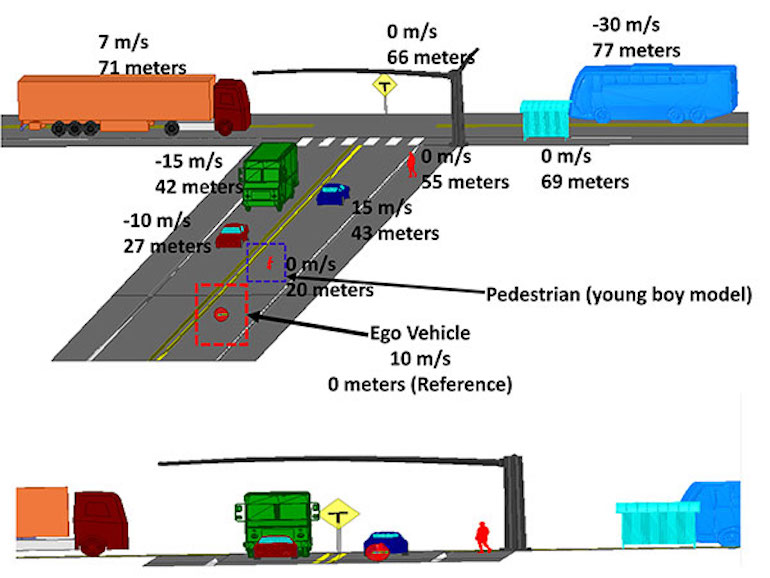 However, not all radar sensor simulations in virtual drives are created equal; they can vary widely in accuracy and speed because of the level of electromagnetic fidelity introduced into the simulations.

Specifically, the accuracy of automotive radar simulations depends on how realistic the virtual environment is and how many electromagnetic wave propagation phenomena are included. To speed up the radar simulations, engineers sometimes use simple primitives to define typical actors in traffic scenes. An example of this is using a box to define a car or a group of ellipsoids to define a pedestrian. Another technique is to use system-level simulations that define targets as pre-defined radar cross-section values that do not require active electromagnetics simulations.

Each of these approaches reduces the fidelity of the synthetic radar returns that are obtained from these virtual radar sensors during driving simulations. Failure to capture the true electromagnetic response of a traffic scene can lead to premature validation of a sensor that will behave differently and unpredictably in real life. Furthermore, it can nullify the gains introduced by artificial intelligence (AI) algorithms that would have been built with incorrect synthetic radar data.

One approach that has proven successful is to use a is an asymptotic, ray tracing electromagnetic solver that efficiently solves electrically large problems. These systems, such as one from Ansys, uses geometric optics (GO), physical optics (PO), the uniform theory of diffraction (UTD), the physical theory of diffraction (PTD), and creeping waves (CW) to accurately predict the propagation of electromagnetic waves.  To go further into the details about the dimensional datasets needed to build a better ADAS radar, click here.