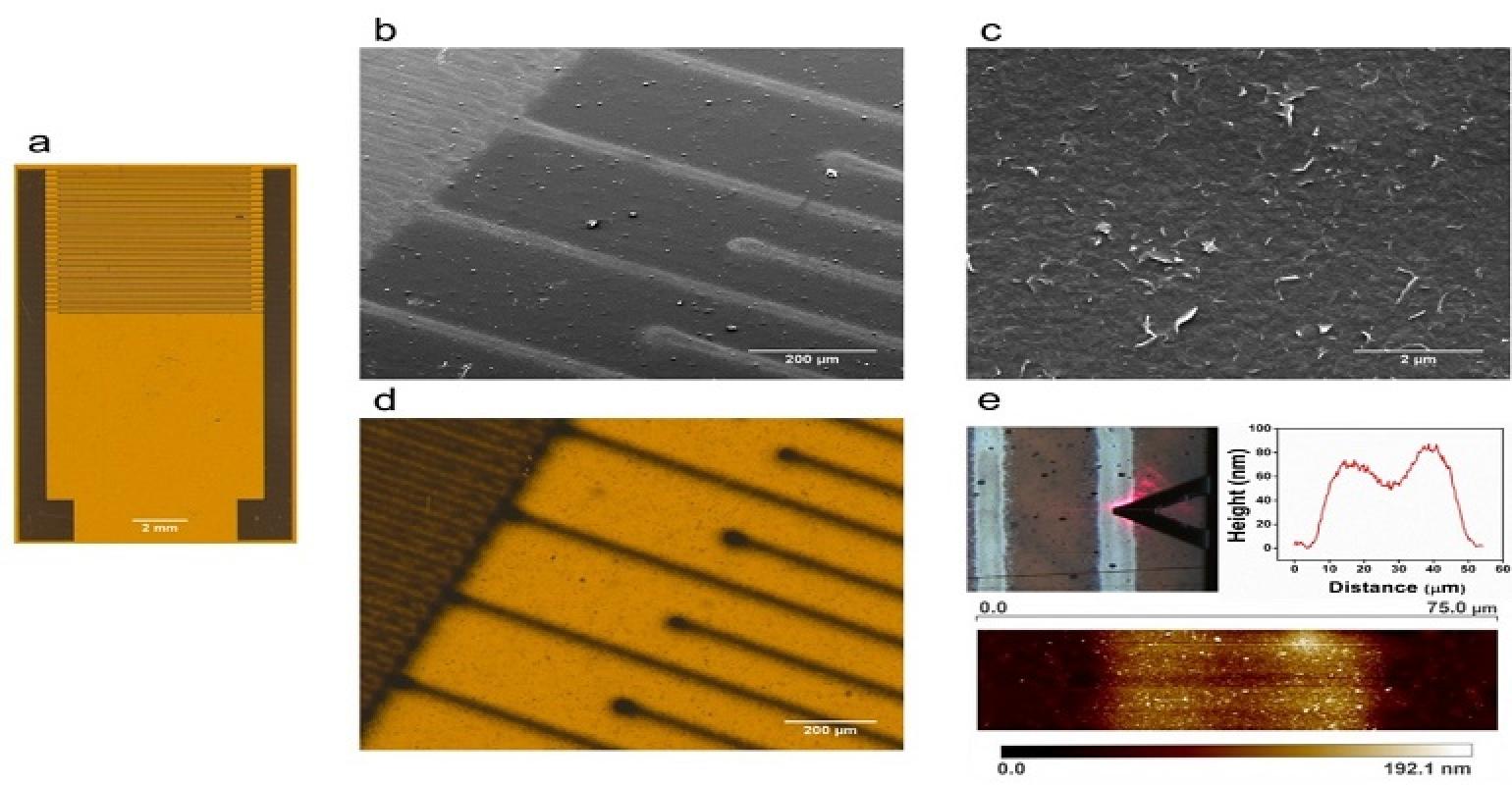 Researchers are using aerosol-jet-printing technology to create graphene biosensors that can detect histamine, an allergen and indicator of spoiled fish and meat.
Technology from Iowa State commercialized to help detect histamine and other pathogens in fish and meat to ensure its safety for consumption.

Researchers have now found a way to help prevent such issues in terms of the sale and distribution of fish and meat with a new carbon-based sensor that can test for an indicator that the product has spoiled.

A team from Iowa State University printed the sensors using high-resolution aerosol jet printers on a flexible polymer film. The devices can detect histamine, which is a common allergen that indicates whether fish or meat has spoiled, down to 3.41 parts per million.

The U.S. Food and Drug Administration has set histamine guidelines of 50 parts per million in fish, which means the sensor is well above the sensitivity range for detecting products that have spoiled.

The sensor also can be used to determine the freshness of other types of food to avoid the spread of food-borne illnesses, said Carmen Gomes, an associate professor of mechanical engineering at Iowa State.

“This histamine sensor is not only for fish,” she said in a press statement. “Bacteria in food produce histamine. So it can be a good indicator of the shelf life of food.”

Researchers developed the sensors using graphene electrodes that they aerosol jet-printed on a flexible polymer. Graphene is a versatile material known for its strength, electrical conductivity, flexibility, and biocompatibility, and it is used in numerous electronic and printing applications.

To enable the sensors to detect histamine, the team chemically bound histamine antibodies—which specifically bind histamine molecules—to the graphene. The histamine blocks electron transfer and increases electrical resistance, a change that can be measured and recorded by the sensor to provide readings for levels in food.

The team believes it can extend the functionality of the sensor to detect other molecules not just for food safety but also potentially for health monitoring and other uses, researchers wrote in a paper on their work published in the journal 2D Materials.

For example, by switching the antibodies bonded to the printed sensors, they also could be used to detect salmonella bacteria, or cancers, or animal diseases such as avian influenza. The latter is especially important to the food industry because animals can transfer disease to humans through tainted meat, as the current global health crisis has demonstrated.

In fact, Gomes’ co-collaborator on the research, Jonathan Claussen, an Iowa State associate professor of mechanical engineering, worked with other scientists to modify the aerosol-jet-printed sensors to detect cytokines, which are markers of inflammation.

This work, reported in a recent paper published in the journal ACS Applied Materials & Interfaces, shows how sensors can monitor immune-system function in cattle and detect deadly and contagious paratuberculosis at early stages.

To commercialize the rapid pathogen detection biosensors, Gomes and Claussen have launched a company called NanoSpy.

“Any food sensor has to be really cheap,” Gomes said. “You have to test a lot of food samples and you can’t add a lot of costs.”

Researchers are currently in the process of licensing the new histamine and cytokine sensor technology through NanoSpy.