Fundamentals of a Strain Gauge Transducer 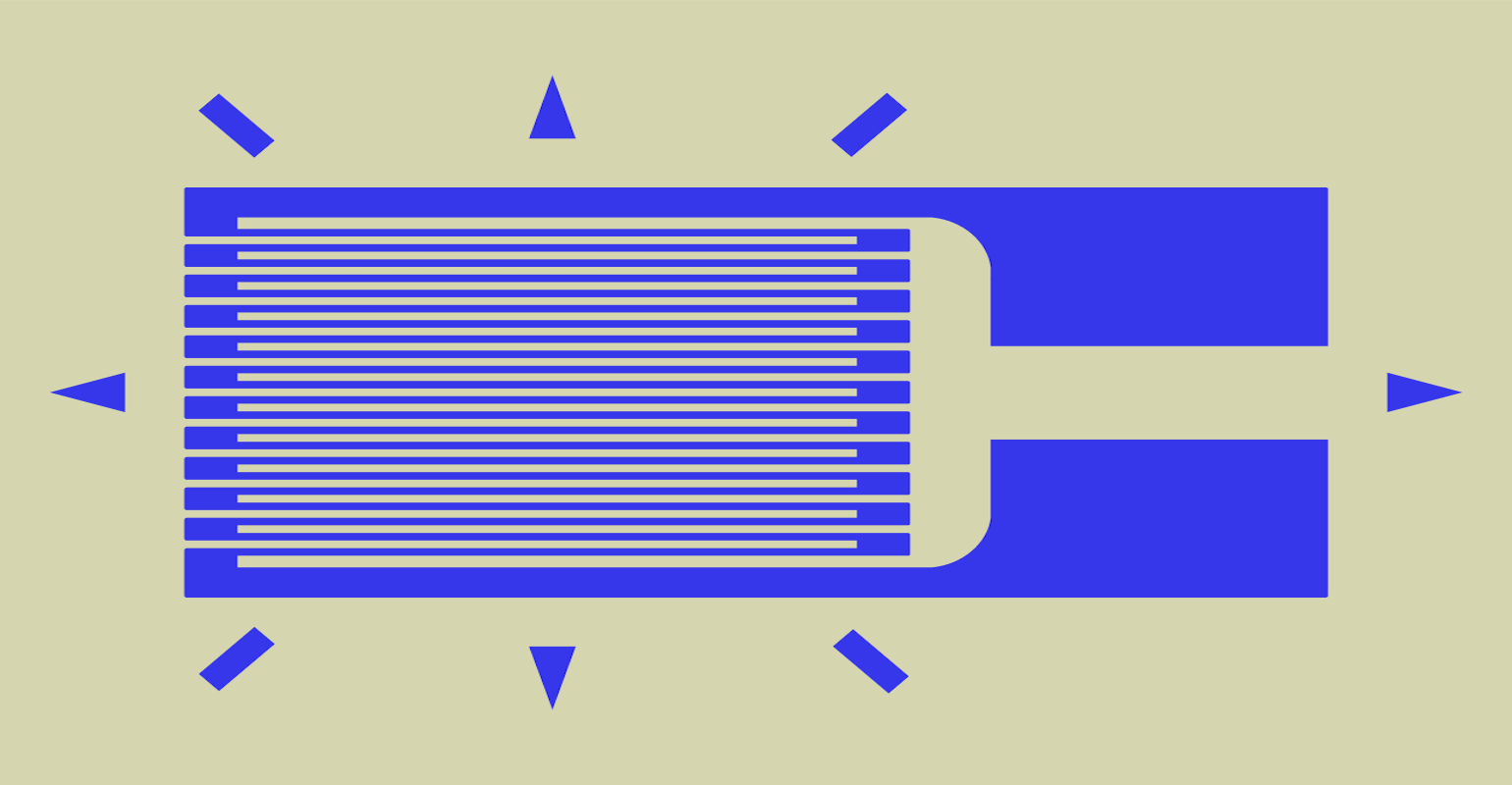 Knowing how a strain gauge works is essential to applying the technology correctly.

Strain gauges are those tiny sensors that look like little wire resistors, which is essentially what they are. These transducers are sensing devices that measure load, pressure, torque, displacement, and even acceleration. The resistance of a strain gauge changes under a force.

The global market for strain gauges is projected to reach USD 240.6 million by 2026, from USD 188 million in 2020, at a CAGR of 4.2 percent, predicts 360ResearchReports. China is the largest consumer of strain gauges with North America as a distant second place.

Strain gauges measure the force of strain but also stress. In engineering terms, the strain is a dimensionless quantity that is a ratio of the change in length to the original length of an object. Thus, stretching material results in a positive strain while compressing it will produce a negative strain. The strain is a measurement of the force applied divided by the initial cross-sectional area of an object.

Related: Tutorial: What are the differences between force, torque, pressure, and vacuum?

A strain gauge is composed of a thin-film, metal foil insulated by a flexible substrate. Current is passed through the gauge as the surface of the object being measured is stretched or compressed, which causes the resistance in the gauge to change. This change in resistance is proportional to the change in length on the surface of the object being tested:

The strain gauge’s resistance is directly proportional to how much strain (or stress) the sensor is experiencing due to the force applied.  Typically, this variation in resistance is measured with a Wheatstone Bridge circuit, in which the strain gauge comprises one of the resistive paths in the bridge. In this arrangement, the quarter or one arm of the bridge formed by the strain gauge is the active gauge while the other arms are fixed value resistors or unstrained gauges.

In an ideal case, the strain gauge is the only resistor in the circuit that varies and then only due to a change in strain on the surface of the specimen to which it is attached. (See, “Fundamentals of Strain Gauge Instrumentation Amplifiers”)

In addition to load, pressure, displacement, and acceleration, strain gauges are used to measure torque – such as those applied by a motor, turbine, or engine to fans, generators, wheels, or propellers. This equipment is found in power plants, ships, refineries, automobiles, and industry. Power is obtained by measuring the strain and rotational speed on a shaft.

An interesting torque application using a strain gauge was found in the development of a bicycle power meter. As reported at Nanyang Technological University, Singapore, strain gauges were used to measure the actual torque applied by the cyclist when powering a bicycle, i.e., pushing the pedal. A strain gauge was mounted on a separate sensor member that was retrofitted in-between existing bicycle cranksets. The main challenge was to provide an accurate measurement of torque by eliminating the non-contributing forces and moments on the system. The goal was to develop a cost-effective solution for an accurate power-measuring device for a cyclist.

Power meters enable professional athletes to track their training progress. Most bicycle power meters use strain gauges to measure applied torque and, when combined with angular speed, calculate power. One of the more common types is the chainring-based power meter. It’s important that a good power meter only measures the torque (about spindle axis: z-axis) which is responsible for actual power output.

To accurately know the power output, the first step is to precisely measure the torque applied by the cyclist who is responsible for the power generation. Formally, torque (or the moment of force) is the product of the magnitude of the force and the perpendicular distance of the line of action of a force from the axis of rotation.  The SI unit for torque is the newton meter (N•m).

The actual torque applied by the cyclist requires the elimination of all the unproductive forces and moments in the system, for example, the bending of the crank chain towards the frame when the cyclist is pedaling. A sensor member was designed and placed in between the chainring and the crank arm, interconnecting these two parts. A full-bridge pattern was selected and mounted on the sensor member. The strain gauge in the sensor member was connected in such a way that the novel arrangement only outputted the pedaling axis’ torque. Thus, the special arrangement and circuit diagram enabled accurate measurement of the torque that was responsible for the actual power output.

The Future Of Signal And Power Integrity Designs
Jan 30, 2020