Ever Hear of an IGBT? It's One of the Most Power Efficient Devices Around 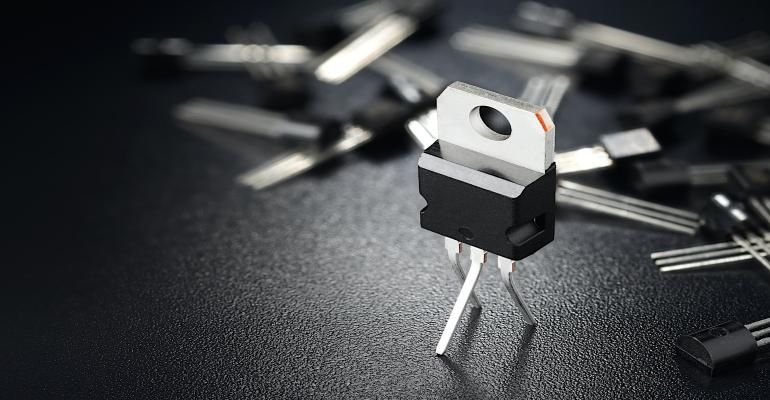 The little-known IGBT device helps trains, cars, and even lights operate more efficiently. And its market share is growing.

Most engineers are familiar with digital processing chips, but fewer know about power-switching silicon transistors. One key example of the latter is the Insulated-gate bipolar transistor or IGBT, a three-terminal power semiconductor device primarily used as an electronic switch. Since it is designed to turn on and off rapidly, IGBT’s are widely used as switching devices in inverter DC-to-DC circuits for driving small to large motors.

Recently, these lesser-known devices have found popularity in the global transition to energy-efficient systems. But before we see how, let’s look at the market trends for these devices.

According to Mordor Intelligence, the IGBT market was valued at USD 6.047 billion in 2020, and it is expected to reach USD 11.01 billion by 2026. The report notes that IGBT controls electrical energy via switching amplifiers in several modern appliances, such as cookers, microwaves, electric cars, trains, variable-frequency drives (VFDs), refrigerators, air conditioners, lamps ballasts, municipal power transmission systems, and stereo systems.

Another reason for the growth of IGBTs is the electrification of the automotive powertrains in electric and hybrid vehicles (EV/HEV). With IGBTs, conduction and switching losses are significantly reduced, thus directly impacting the vehicle's overall efficiency.

Sales of electric cars in Europe, North America, and China are creating new avenues for IGBTs to support infrastructure and manufacturing EVs. These sales help further strengthen the stance of IGBT in the marketplace, explains the report.

To be more specific, an IGBT is a power transistor with a MOS structure for input and a bipolar one for an output design. These devices are used for high voltage and high current applications by controlling high power with less drive power. In addition, IGBT technology is used prominently in the rebuilding of legacy energy and transportation vehicles.

For example, IGBT technology has been used to update locomotives with older Gate Turn Off Thyristors (GTOs) to control the motors. A GTO is a power switch device used in medium voltage high power inverter bridges. But this technology tends to be expensive with a complicated gate drive circuit. In contrast, IGBT devices can handle much higher currents and are easier to control.

Another example in which IGBT devices are used to reduce energy consumption is in lighting. According to the U.S. Department of Energy (DOE), artificial lighting consumes about 10% of household electricity use. A typical compact fluorescent lamp (CFL) with supporting IGBT-based electronics in the base has been demonstrated to reduce energy consumption by 80 percent while operating for 10-times the lifespan of incandescent lamps. According to Baliga, Motorola (On-Semi) had shown that the IGBT offers the most cost-effective power device technology for use in the electronic ballast of CFLs compared with bipolar power transistors and power MOSFETs.