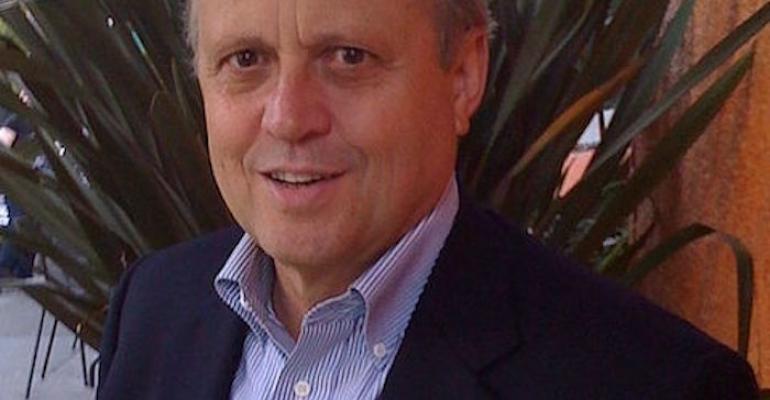 To kick-off the start of the Design Automation Conference (DAC) for the semiconductor chip industry, Walden C. Rhines, CEO Emeratus of Mentor – a Siemens Company – shared his update of the evolving electronic design automation (EDA) market.

Wally began with upbeat news about engineers in the EDA space. While the COVID-19 pandemic has caused worldwide economic impacts and changed the way many of us work, the employment outlook has remained strong for electrical engineers and software developers. Using the Department of Commerce definition, US design engineers are at full employment.

The news for customers of chip development tools was less positive although still not bad. Rhines noted that semiconductor customers were experiencing one of the industries modest and common bust-and-boom cycles. Unfortunately, 2019 was a down year for the industry as a whole. He pointed out that the revenue trend showed most of the 11% market decline was caused by memory pricing rather than logic products. In fact, logic sales actually grew in terms of the industry, which is where the EDA industry gets the majority of its revenue.

The outlook for 2020 was not very good. In October 2019, a consensus of analysts predicted a 7% drop this year. But the current forecast now places growth at zero percent for 2020 some analysts going as low at minus 12% for Handle Jones at IBS and others cautioning even worse prospects for the market.

Why is the EDA industry in particular still doing reasonably well? According to Rhines, one reason is that the industry enjoys the benefit of stable expenditures research and development (R&D) over the long haul. There have been periods of exception, such as during the 2008 recession, when the prolonged revenue challenges caused some companies to reduce R&E spending. But in general, semiconductor companies continue to maintain their staffs, research and develop new technologies and products during recessionary periods.

“After all, the industry has spent 14% of revenue for the last 35 years, with the modest deviations, enforcing their confidence that things will get better and improve,” Rhines stated.

“One reason is that over 500 companies have announced that they'll introduce electric cars or light trucks,” explained Rhines. “They're also 277 companies that have announced autonomous drive programs. Does the world need over 500 companies developing these products? What about the current decrease in automotive unit sales, down 22% versus last year at this time? There will probably be some cuts in R&D among other expenditures in this market.”

Rhines talked about trends in computer servers, 5G, China’s emergence as a major semiconductor player, growth of PCB and software electronics systems and more. He finished his keynote by summarizing that historically, the EDA industry suffers only modest revenue lost during recessions and pandemics. The Work-from-Home reality has worked well for most chip designers and EDA employees but is challenging for on-site services and support for hardware acceleration platforms.

Further, there is continued growth of PCBs and chips in system design companies, plus an increase in system level design simulation. While VC-funded AI startups have slowed, AI applications and new chip architectures are growing. Rhines finished by highlighting a new and promising technology in privacy computing known as homomorphic encryption.

“Data is becoming the new oil,” said Rhines. “Just look at Google, Facebook and other companies. But it’s hard (for these companies) to keep it secure and resell it to many other people.”

Privacy regulations and existing technology limitations make it challenging for companies who own the data to use it for profitable purpose. Instead, most end of disposing it or using only a portion in aggregation. Rhines believed this will change once fully homomorphic encryption (FHE) comes to the market in the not too distant future.

FHE lets the client encrypt their data, send it to the cloud to perform arithmetic and logical processing on that data without ever decrypting it. Then, the processed data is sent back to the client while still in an encrypted form. According to Rhines, the benefit is that companies could build neural network models to implement machine learning using encrypted data. The model then stays encrypted and the queries can also be encrypted. Thus, the data is maintained in an encrypted, trusted environment even when the server center isn't a trusted one. He felt this would open new era of growth and applications for privacy computing.

There was one minor limitation to FHE. The compute activity for fully homomorphic encryption will require about a million times faster servers than are available from today’s best Intel Xeon or nVidia servers. Still, this is a challenge that EDA designers are used to facing and overcoming.