At CES: AMD Looks at Adaptive Computing to Expand Reach 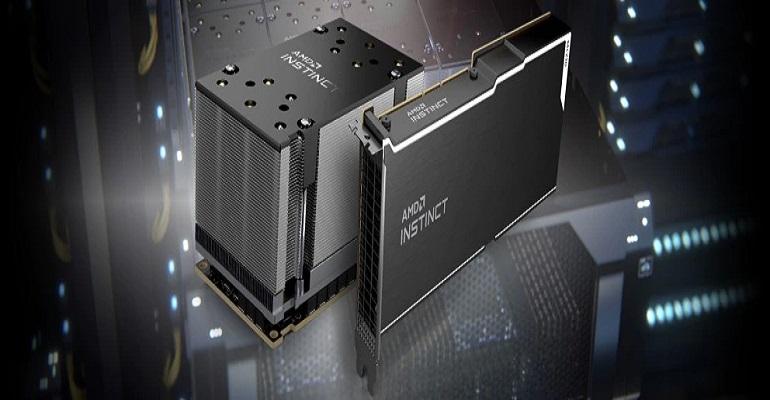 AMD’s Instinct is one of several chips the company has introduced for applications such as AI and data centers.
AI, space, and medical some markets where processor giant seeks to expand its footprint, says CEO Lisa Su.

AMD CEO Lisa Su is no stranger to the Consumer Electronics Show (CES), having been a keynote speaker at the huge electronics show several times. As the kickoff keynote speaker Wednesday evening, Su was totally at ease with the large audience present as she not only spoke about some of AMD’s latest products, but also work the company is doing in other cutting-edge research areas.

The use of adaptive computing has enabled AMD to strengthen its presence not only in traditional computing, but increasingly in sectors such as gaming, artificial intelligence (AI), medical, and space applications. During the keynote, Su had several executives from key partners in these sectors come on stage to share their experiences using AMD’s technology and products.

Perhaps not surprisingly, AI was the sector Su felt was the most important trend shaping the technology sector, and to this end, AMD has made a number of advances to enable pervasive AI.

One product was the AMD Alveo V70 accelerator, which combines high performance and energy efficiency for multiple AI inference workloads. Su also discussed the AMD Instinct M1300, which she claims is the first integrated data center CPU and GPU. The part leverages a 3D chiplet architecture combining AMD CDNA™ 3 GPU architecture, “Zen 4” CPU cores, and HBM memory chiplets. According to Su, the M1300 should be sampling by the second half of 2023.

Several of AMD’s partners in medical technology appeared during the keynote, including Clarius Mobile Health, which provides a mobile ultrasound scanner, and Intuitive Surgical, which provides surgical medical products include the DaVinci robot that assists surgeons in performing surgeries. AMD has supplied computing and AI technology to both companies.

Space is another area where AMD has spread its wings. Dr. Katie Coleman, a former NASA astronaut, appeared during the keynote session and mentioned that AMD technology was used in the Artemis moon mission. The goal of these missions was to eventually establish lunar colonies where humans will work and live and prepare for further manned space exploration.

For high-speed gaming, AMD also announced the Radeon™ RX 7000 Series Graphics for laptops based on the AMD RDNA™ 3 architecture. These processors also offering ​high energy efficiency and performance to power 1080p gaming at ultra settings and advanced content creation applications on next-generation premium laptops, according to the company.