Can High Tech and Construction Reduce Their Energy Footprint? 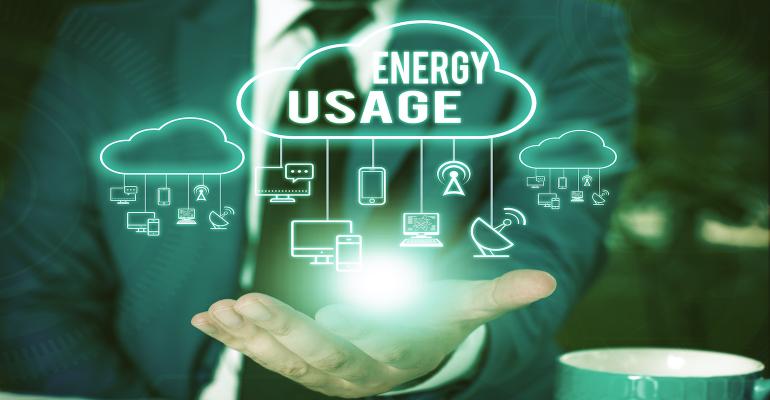 5G, data center, semiconductor fab and construction industries must reduce their energy consumption. Can they?

High tech has been one of the bright lights in the economic darkness caused by the COVID-19 pandemic. Financial experts have acknowledged that the semiconductor industry has not experienced much of the dramatic revenue reduction that has been seen in the transportation, aviation, hospitality, energy, and even financial industries.

While high tech has done well economically, it has been a significant contributor to the increase in carbon emissions that negatively affect climate change. The continued strength of the semiconductor market combined with the growth of 5G and data center technologies and the existing high-energy consumption of the global construction market is greatly increasing the carbon footprint of the planet.

Here’s a look at how each industry contributes to the global energy challenge and what might be done to lessen its impact.

A recent report by InterDigital and ABI Research reveals that the energy consumption of the wireless industry is poised to grow by 160% by 2030. Unlike previous wireless generations, 5G is poised to have an enormous environmental impact due to its eventual ubiquity and expanding usage.

The study quantifies the energy footprint for approaching 5G deployment and identifies best practices to encourage energy sustainability as wireless technologies evolve. It also cautions that anticipated advancements in 5G technology are also a catalyst for growing energy consumption.

Today’s mobile telecommunications industry serves around 5.3 billion users and generates $1.38 trillion in service revenues, according to the report. Each generation of wireless has contributed to driving demand for mobile services and opportunities for new use cases around the world – and 5G is no exception.

The research report identified key points of consideration to pursue more energy-conscious 5G network deployments. For example, by 2028, 5G networks are expected to achieve widespread adoption in both consumer and enterprise ecosystems, resulting in a huge increase in energy consumption and the eventual replacement of legacy LTE networks.

Another important point is that 5G will usher in aggressive growth in energy consumption. In 2020, the overall energy footprint of the global wireless ecosystem, including network infrastructure and end devices, topped 19.8 million tons oil equivalent (Mtoe) per year. By 2030, consumption is expected to grow to 51.3 Mtoe – a number equivalent to roughly the same amount of energy to be consumed by all the households in the United Kingdom that year.

Further, connected devices will grow exponentially as enterprises begin widescale deployment of IoT and 5G-enabled devices. This will result in a 37 percent increase in overall energy consumption by 2030 and spotlights the importance of device-side energy management to tackle the CO2 emissions associated with mobile devices.

Data centers continue to be a large consumer of energy, especially as more of the world has moved online thanks to the COVID-19 pandemic. One of the key trends in 2021 is the increasing growth of demand for servers to meet work-from-home (WFH) requirements such as video conferencing, team meetings, virtual conferences, software tools for chip-package-board-system design and manufacturing, and other cloud-based applications – like artificial intelligence (AI).

The ongoing shift towards AI and cloud computing is a new source of energy consumption for data centers. “One MIT study found that training large AI models can result in emissions nearly five times the lifetime emissions of the average American car,” explained former Vice President Al Gore at last year’s SemiconWest event. On a positive note, Gore pointed out that advances in chip design and manufacturing have enabled smaller and more power-efficient devices. Further, the cost of solar panels and electric vehicles continues to improve, thus decreasing the overall carbon footprint.

Between 2010 and 2018, the quantity of Internet data – known as global IP traffic – has increased more than ten-fold, while global data center storage capacity increased by a factor of 25 (Masanet et al. 2020). Over the same time period, the number of compute instances running on the world’s servers—a measure of total applications hosted—increased more than six-fold (Masanet et al. 2020).

Many data centers rely on fossil fuel energy like coal and natural gas, which results in a serious climate impact. Large data center vendors like Google and Microsoft have been working to clean up their data centers’ power supplies. For example, Google has announced that it would be installing batteries to replace some of the diesel generators that provide backup power at its data center in Belgium. When the data center doesn’t require energy, it plans to supply some of it to the local electric grid. If enough data centers use batteries that store renewably generated power, it could make a significant impact on their carbon footprint.

Large semiconductor fabs use as much as 100 megawatt-hours of power each hour, which is more than automotive plants or oil refineries do, according to a report from McKinsey and Company. Electricity can account for up to 30 percent of fab operating costs, in some markets. There are many opportunities to improve power usage and management to help lower fabs energy profiles.

The good news is that several segments in the semiconductor manufacturing area are responding. For example, one of the largest manufactures of capital equipment for the semiconductor fab segment is Applied Materials. The company’s president and CEO Gary Dickerson announced late last year ambitious targets to improve the environmental impact of its operations, including a commitment to 100 percent renewable energy sourcing worldwide by 2030. For its extensive U.S. operations, Dickerson pledged that the switch to renewable energies would be completed much faster, by 2022, including a plan to purchase a significant fraction of the energy coming from the White Mesa Wind project in Texas, as covered by Semiconductor Digest.

The challenge of energy consumption has become a topic of concern at many recent conferences. Greg Yeric, Arm Fellow and frequent keynote speaker, has discussed the energy consumption problems facing the semiconductor space. He cautioned that with this amazing progress comes global responsibility. The systems that the EDA tool and semiconductor fab community have enabled are using an increasingly large slice of the world's energy output. Numerous new headlines have attested to how Facebook and Google data centers, as well as Bitcoin mining, continue to gobble up most of the world’s electricity. This is particularly concerning from a sustainability perspective as the chip and electronics industry continues to grow.

Just one example of this continued growth comes from the much-anticipated roll-out and proliferation of 5G technology, which will shift the data paradigm from person-to-machine connectivity to machine-to-machine in just a few years. According to Yeric, that trend is shown in energy forecasts as inflection points right around the time from a consumer device-dominated perspective to one that's taken-over by networks and data centers.

Until recently, the problem has been generating the heat required to make cement, steel, and glass. Consider the process of creating cement, which comes from the heating of a raw mix of limestone and clay to sintering temperatures in a kiln. Similarly, steel is made by heating iron ore with carbon. Finally, glass is created by heating ordinary sand (i.e., mostly silicon dioxide) at very high temperatures until it melts.

Obtaining the pre-requisite extreme heat from solar panels has been an elusive goal – until now. Heliogen, a secretive startup back by Bill Gates, appears to have achieved this goal with technology based on solar panel mirrors and artificial intelligence (AI).  The company has recently emerged from stealth mode to announce a way to have AI control a field of mirrors to reflect so much sunlight that it generates heat above 1,000 degrees Celsius. Heliogen reportedly combines computer vision software, automatic edge detection, and other sophisticated technologies to train a field of mirrors to reflect solar beams to one single spot.

What happens when the sun is not shining? In that case, the required solar energy (heat) could be held in storage. This is the advantage of CSP panels. One way that high heat energy has been stored in the past is with molten-salt technology. Molten salts in large tanks have been used as a thermal energy storage method. It isn’t clear if this is the technique that Heliogen would use.

The biggest selling point with Heliogen’s approach is that sunlight is free, unlike fossil fuels that must rely on coal, oil, or natural gas. This economic advantage, combined with the use of modern mirror- and AI-based technology, is good news for our endangered planet.