Augment Your Multimeter With a Component Tester 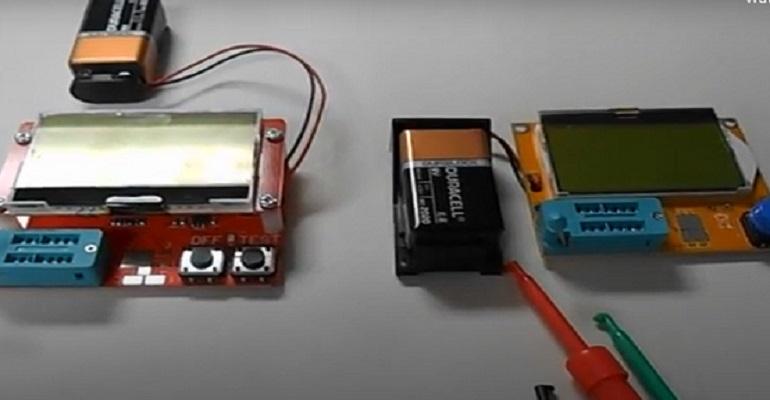 A multimeter is an awesome piece of equipment, but it’s also a good idea to have a cheap-and-cheerful component tester in your treasure chest of tools.

When I was bright-eyed, bushy-tailed, young, and (more) foolish (than I am today), I used to purchase only those components that I needed at the time on a project-by-project basis.

This wasn’t much of an issue when I was in my teens because there was a shop that sold electronics bits and pieces just a few miles from where I lived. I could easily hop on a bus at the bottom of our road and be at the shop in about 15 minutes.

That shop, which was called Bardwells, holds a special place in my memories. It was located on a corner in a maze of backstreets hidden from sight from the main road (it just struck me that I have no idea how I ever discovered it existed in the first place). In addition to things like stripboard, connectors, and regular components like capacitors, resistors, inductors, diodes, transistors, and simple 7400-series integrated circuits, they also sold solder, soldering irons, and other tools of the trade.

Even better, they always had piles of cardboard boxes containing interesting “stuff,” like old black rotary dial telephones and complicated stepping relays (a.k.a. uniselectors) that had been acquired from the British Post Office. “Why the Post Office?” I hear you say. Well, this was because the Post Office in the UK historically had a monopoly on letters and telegraph messages, so when telephones came on the scene, they successfully lobbied the government for control, arguing that this was just another way of communicating over wires.

The Legacy of Electronic Equipment

Related: Need Advice on The Best IoT Test Tools? Check Out This List

In those days of yore, circa 1970 when I was 13 years old, I think I could pick up an old rotary dial telephone for around one UK pound, which would have been equivalent to around 2.5 US dollars at that time. If I’d known then what I know now, I’d have snapped a bunch of them up because a vintage rotary phone in good condition can fetch hundreds of dollars today.

Of course, hindsight is the one exact science. Take Bitcoin, for example, which first appeared on the scene in January 2009. In those early days, mining new Bitcoins was computationally inexpensive compared to the way things are today. I think it was around the summer of 2010 when a friend suggested we used all the FPGA development boards in my possession (FPGA companies send them to me for me to review) to mine Bitcoins, but we eventually decided that it wasn’t worth the effort because each coin was worth only around $0.08 at that time. (I now cry myself to sleep every night.)

Over the years, local electronic emporiums started to close their doors and the internet became my friend. Also, rather than purchase components on an individual basis, I started to buy selection packs of the components I use most often. There really are some outrageously good deals out there. For example, I just had a quick Google while no one was looking to find the following items on Amazon: 300 assorted rectifier diodes for $9.99, 450 light-emitting diodes (LEDs) with various colors for $12.99, 1,000 1/4W 5% resistors spanning 25 values for $10.99 (or 2,600 1/4W 1% resistors spanning 130 values for $17.49), and 600 ceramic capacitors spanning 15 values for $14.99.

As fate would have it, it was my box of ceramic capacitors that sparked (no pun intended) this column. I was just looking at the image associated with the 600 ceramic capacitors mentioned in the previous paragraph. I see that the capacitors have clear numerical markings; also, the lid has a clear cross-reference matching the numbers on the capacitors to real capacitance values. Sad to relate, that’s not the case with my container of capacitors, which I purchased a year or so ago. Although the capacitors themselves are great, the markings on these little rascals are almost illegible.

Since the card in the lid reflects the capacitance values in each compartment, this wasn’t a problem until a couple of days ago when I was building a hobby project on our dining room table, and I foolishly left my box of capacitors open. Did I ever mention that we have a stupid cat called Drummer? This is a monster Maine Coon weighing in at about 40 pounds and looking like a lynx. Unfortunately, Drummer is not the brightest of cats to the extent that he could be outsmarted by a walnut. Evermore, unfortunately, he jumped up on the table and knocked my box of capacitors onto the floor. “Oh dear,” I said (or words to that effect).

In my previous column – How I Learned to Stop Worrying and Love the Multimeter – I waffled on, as is my wont, about multimeters. The thing is that, as much as I like my handy-dandy multimeter, it’s not much use when it comes to measuring capacitance values. Happily, I also have a cheap-and-cheerful component tester that I picked up on eBay a couple of years ago for around $20 (I just did a quick search and found this little scallywag for only $16.95). 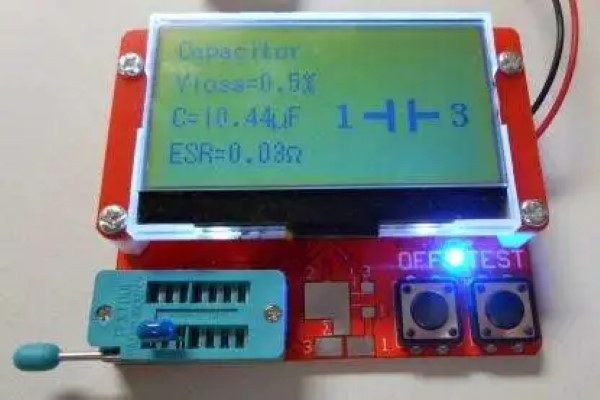 All you have to do is plug the leads from your component into the zero-insertion force (ZIF) socket, press the “Test” button, and look at the results presented on the display. The tester automatically identifies the component type (resistor, capacitor, diode, transistor, etc.), selects the appropriate range to obtain the best measurements, and displays the results (a 10µF ceramic capacitor in the image above).

The bottom line is that I heartily recommend something like this little scamp to any hobbyist. Actually, for quite some time I’ve been thinking that implementing this sort of functionality using an Arduino would make an awesome “how-to” project. Apart from anything else, this would provide a fantastic platform for explaining fundamental electrical and electronics concepts. We could start with something simple like resistors, then add capacitors, then inductors, and so on and so forth. The only problem is lack of time -- so much fun stuff to do; so little time to do it all in.

But wait, there’s more, because I was just about to close this column down when I remembered something I heard from my chum Guido Bonelli a couple of days ago. As I mentioned in an earlier column – Speed Arduino Development and Debug with Dr. Duino – Guido has created some amazing development boards under the Dr.Duino moniker to help people create their Arduino projects and prototypes.

The thing is that Guido is always creating new projects that his customers can implement using their Dr.Duinos. As fate would have it, one of the projects Guido is working on at the moment is to use his Dr.Duino Explorer to implement a simple current-voltage-resistance multimeter. Once he has this up and running, I’m sure that I will be reporting further in a future column. In the meantime, as always, I welcome your comments, questions, and suggestions.