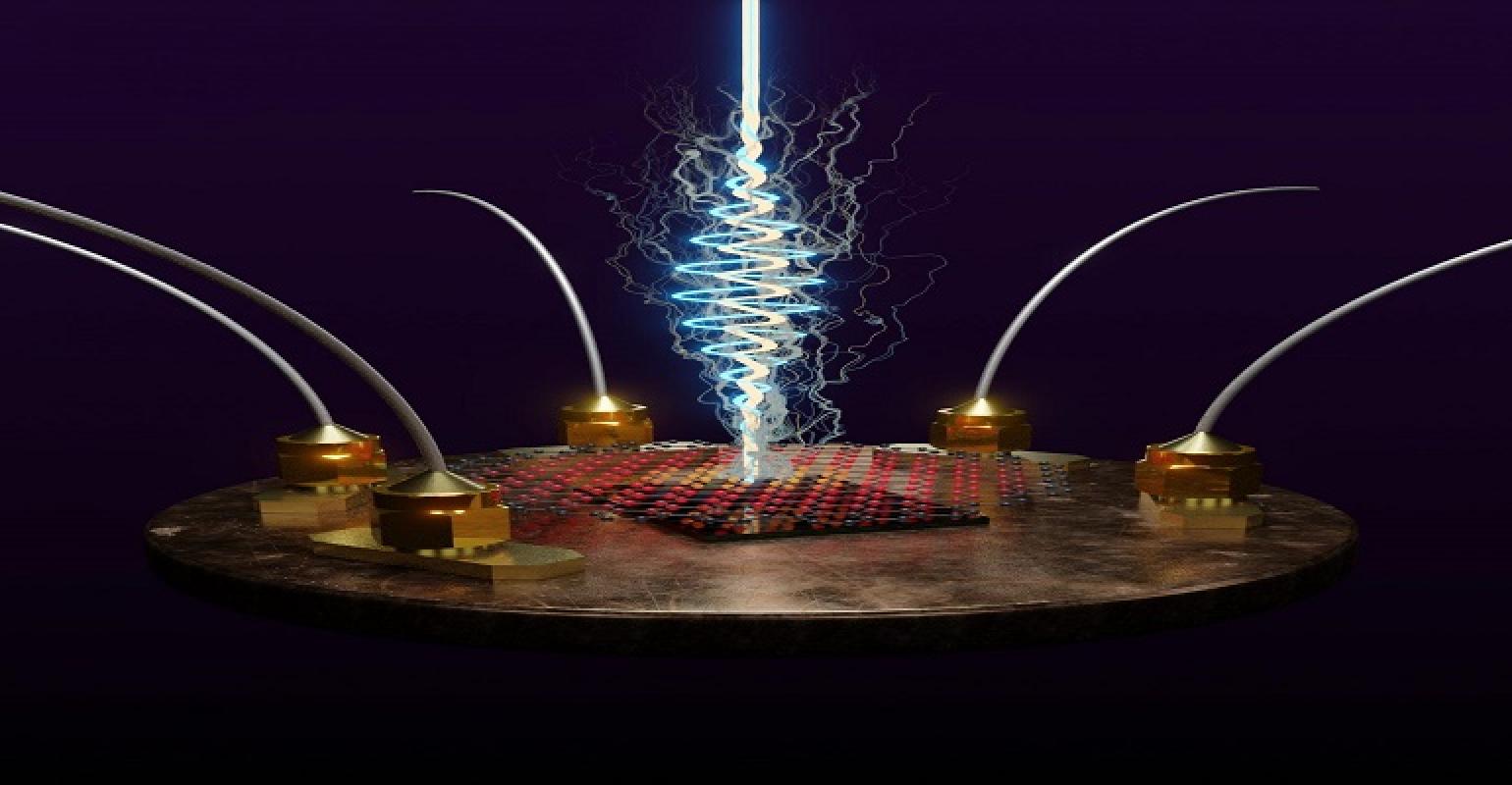 Research funded by the U.S. Army has developed a new sensor that can detect microwave radiation with 100,000 times higher sensitivity than currently available commercial sensors, paving the way for novel communications and weaponry technology.

The sensor—developed by scientists from Harvard University, The Institute of Photonic Sciences, Massachusetts Institute of Technology, Pohang University of Science and Technology, and Raytheon BBN Technologies—could be used to improve thermal imaging dramatically as well as provide a basis for inventions in electronic warfare and radio communications, among others.

Specifically, researchers developed a microwave bolometer that is sensitive enough to detect a single microwave photon, the smallest amount of energy that exists in nature, said Joe Qiu, program manager for solid-state electronics and electromagnetics at the Army Research Office. The sensor exploits the significant thermal response of the versatile 2D material graphene to microwave radiation.

The Army’s interest in the work is to maintain “spectral dominance in the foreseeable future,” Qiu noted in a press statement, as the sensor “will potentially enable new capabilities for applications such as quantum sensing and radar.”

The sensor developed by the team detects electromagnetic radiation by measuring the temperature rise as the sensor absorbs photons. The graphene, which is used in the microwave antenna, serves to achieve the high sensitivity of the technology, researchers said.

In addition to being thin, the electrons in graphene are also in a special band structure in which the valence and conduction bands meet at only one point, known as Dirac point.

At this point, the density of states vanishes, explained researcher Kin Chung Fong of Raytheon BBN Technologies. This means that when the electrons receive the photon energy, the rise in temperature is high while the heat leakage is small.

Also important to the work is what’s called a Josephson junction, a quantum mechanical device comprised of two superconducting electrodes and separated by a barrier—which can be a thin insulating tunnel barrier, normal metal, semiconductor, ferromagnet, or the like.

Researchers use a superconducting version of this junction to measure the temperature rise while maintaining a high microwave radiation coupling into the graphene through the sensor’s antenna. The coupling efficiency in this mechanism is essential to achieve the high sensitivity of the sensor, because "every precious photon counts,” Qiu said.

The team published a paper on their work in the journal Nature.

Some of the technology on which the Army relies for its operations can be improved by increased sensitivity of bolometer detectors, including systems such as radar, night vision, LIDAR (Light Detection and Ranging), and communication. New applications that can take advantage of the work of quantum information science, thermal imaging, and the search of dark matter.