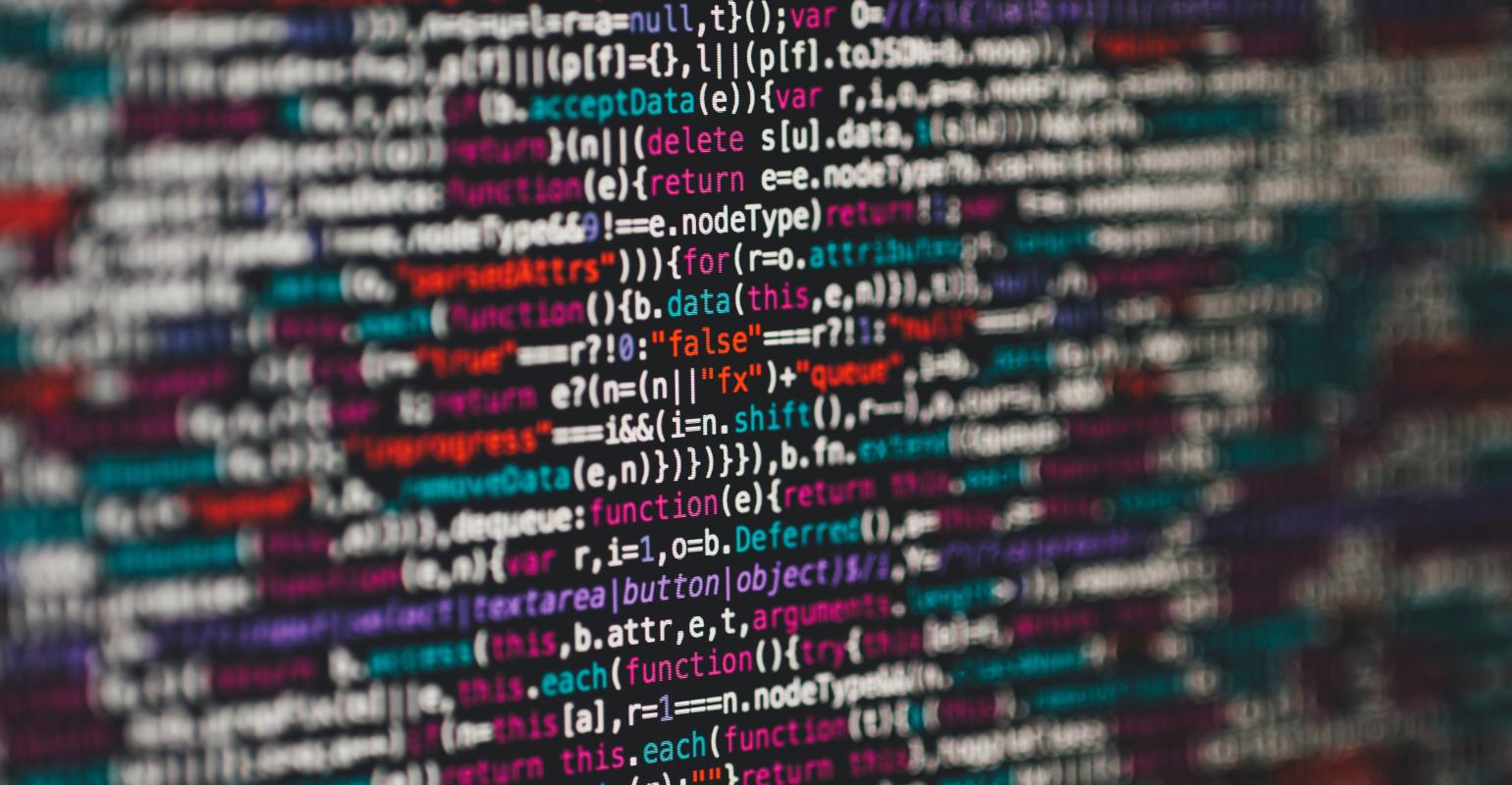 From software and even hardware, we saw more activity in open source than ever before in 2018. And the momentum isn't likely to slow down in 2019.

After decades of being looked at as more of a subculture (or arguably counter-culture) in the larger technology landscape, open-source is finally getting its due. 2018 saw some big moves in the open-source landscape—from automotive startups leveraging open source in their innovative products to some big acquisitions and further growth of the open-source hardware market. (Cover Image Source: Tech Daily)

That's not to say that open source has shed all of its challenges, critics, or even stigma. But the road ahead offers plenty to be optimistic about for open source enthusiasts.

Related: The 12 Automotive Startups to Watch in 2019

Over the summer, Microsoft turned heads when it announced it would be purchasing GitHub, the Internet's largest repository of open-source code, to the tune of $7.5 billion in stock. Microsoft said the deal was part of its growing commitment to supporting developers in the open-source community, with Microsoft CEO Satya Nadella saying the company is “all-in on open source.”

Related: The Battle of AI Processors Begins in 2018

The acquisition has drawn its fair share of criticism and concern from those who view this as a Big Brother move: a large, faceless corporation digging its tentacles into a smaller, innovative community. Some GitHub users even removed their code and headed for alternative sites in the wake of the deal.

How Microsoft's ownership will impact GitHub at large still remains to be seen. But the fact that a large company like Microsoft would invest so heavily into open source portends that it views open source as a viable source of possible IP and other solutions.

In October, the community saw another high-profile acquisition in the form of IBM's purchase of Red Hat—the company most noted for Red Hat Linux. In recent years, Red Hat has been branding itself as a provider of open-source enterprise software solutions, which is precisely what attracted IBM to acquire all outstanding Red Hat stock at a total enterprise value of approximately $34 billion.

IBM is betting that the inclusion of Red Hat will bolster its portfolio of enterprise-level cloud solutions. In the past, IBM had functioned as more of a collaborator with Red Hat, helping to develop enterprise cloud solutions and grow Red Hat's enterprise-grade Linux business.

In a press release regarding the deal, IBM chairman Ginni Rometty said the Red Hat acquisition will make IBM the world's number one hybrid cloud provider. “Most companies today are only 20 percent along their cloud journey, renting compute power to cut costs,” Rometty said. “The next 80 percent is about unlocking real business value and driving growth. This is the next chapter of the cloud. It requires shifting business applications to hybrid cloud, extracting more data, and optimizing every part of the business, from supply chains to sales.”

“Joining forces with IBM will provide us with a greater level of scale, resources, and capabilities to accelerate the impact of open source as the basis for digital transformation and bring Red Hat to an even wider audience—all while preserving our unique culture and unwavering commitment to open source innovation,” Jim Whitehurst, president and CEO of Red Hat, said in a press statement.

Like the Microsoft/GitHub deal, it's too early to see the actual impact of the IBM/Red Hat deal just yet. In contrast to Whitehurst's comments, some—like Forbes contributor Jason Bloomberg—have questioned whether IBM and Red Hat's company cultures can actually gel.

Open Source on the Road

FLIR Systems—the largest commercial manufacturer specializing in thermal imaging sensors, components, and cameras—recently released a thermal imaging dataset of over 10,000 images to the wider community. The hope is that engineers working on ADAS and other machine learning applications for connected, semi-autonomous, and autonomous cars will use the thermal images to improve the artificial intelligence behind these systems.

In an interview with Design News, Mike Walters, FLIR's vice president of micro-camera product development, said any risks associated with open-sourcing its dataset were far outweighed by the potential benefits of allowing OEMs and startups to create safer vehicles. “Providing a free, annotated thermal image starter dataset for ADAS and autonomous vehicle developers will help speed up the testing of thermal cameras and ultimately improve safety and reliability within the ADAS sensor suite,” Walters said.

Elsewhere in the automotive space, experts are looking at open source as a means of bringing much-buzzed-about blockchain technology into car manufacturing, sales, and vehicles themselves. The biggest advocates in this arena are the members of the Mobility Open Blockchain Initiative (MOBI), a consortium of companies and automakers dedicated to accelerating the adoption of blockchain in automotive.

The biggest hurdle for blockchain in the automotive space today is the lack of standards and best practices. MOBI advocates for an open-source solution to this. By open-sourcing blockchain software, the organization believes OEMs and developers can more easily create a set of standards and tools that everyone can use to make auto plants and vehicles safer and more secure in an increasingly connected vehicle landscape.

But perhaps no aspect of open source saw more excitement in 2018 than open-source hardware. Building custom silicon chips—a notion once far too impractical and costly for all but the largest chipmakers—is now a serious reality, thanks to RISC-V, an open-source instruction set for building chip architectures.

In November, the RISC-V Foundation, a nonprofit aiming to drive adoption of RISC-V, announced a partnership with the Linux Foundation to accelerate the development of RiSC-V by offering more tools, education, and support to the RISC-V developer community—including legal and marketing expertise. “RISC-V has great traction in a number of markets with applications for AI, machine learning, IoT, augmented reality, cloud, data centers, semiconductors, networking, and more,” Jim Zemlin, executive director at the Linux Foundation, said in a press statement. “We look forward to collaborating with the RISC-V Foundation to advance RISC-V ISA adoption and build a strong ecosystem globally.”

SiFive, a chipmaker founded by some of the developers of RISC-V, kicked off 2018 by releasing the HiFive Unleashed, the first Linux-compatible RISC-V SoC. The release marks the first time that engineers will have access to a high-quality development board platform based around a RISC-V chip.

Other companies followed SiFive's lead throughout the year. In early December, Microsemi—a subsidiary of Microchip Technology—announced it was extending its family of FPGAs with a new RISC-V-based SoC. Using a core complex developed by SiFive, Microsemi's new PolarFire SoC aims to offer embedded developers a low-power and more flexible solution for developing FPGA-based IoT devices.

December also saw data storage giant Western Digital announced that it was beefing up its own internal RISC-V developments—specifically, an open source RISC-V instruction set simulator, an open standard initiative for cache coherent memory over a network, and its very own open-source RISC-V core, the SweRV core. This news comes in the wake of Western Digital's prior commitment to transition one billion of its processor cores to RISC-V.

"As Big Data and Fast Data continue to proliferate, purpose-built technologies are essential for unlocking the true value of data across today's wide-ranging data-centric applications," Western Digital's CTO, Martin Fink, said in a press statement. "Our SweRV Core and the new cache coherency fabric initiative demonstrate the significant possibilities that can be realized by bringing data closer to processing power. These planned contributions to the open-source community and continued commitment of the RISC-V initiative offer exciting potential to accelerate collaborative innovation and data-driven discoveries."

The SweRV is a 28 nm, 32-bit, 9 stage pipeline core with a clock speed of up to 1.8 GHz. Western Digital plans to use the core in its own embedded products, including solid-state hard drives and Flash controllers, and also hopes that open sourcing the core will help drive development of IoT, secure processing, and industrial control applications as well.

But with all this excitement, open source is not free and clear of warnings and cautionary tales—particularly in the embedded realm. A 2017 survey by GitHub outlined a number of concerns among members of the open source community. Paramount among issues encountered by developers using open source were incomplete or confusing documentation and a lack of responsiveness and support from developers. Among those surveyed by GitHub, 93% said there is a "pervasive problem" in the open-source community with incomplete or outdated documentation.

Concerns like these are why many will still encourage developers to shy away from open source. Writing for Design News, Jacob Beningo, an embedded software consultant, outlined several reasons why engineers would be wise to avoid open source. In addition to the issues outlined in the GitHub survey, a lack of a traceable development cycle, potential IP conflicts, a lack of testing, and difficult integration can all be hurdles toward implementing open source, according to Beningo.

Rod Cope, CTO of Rogue Wave Software, spoke with Design News regarding pervasive issues with developers and engineers failing to properly document, or understand, their use of open source. Cope told Design News that in the rush to find quick solutions to coding problems, developers will often pull a bit of open source, rather than write new code from scratch. It makes sense if the code has been tested and works well. However, as Cope said, in many cases, developers won't tell anyone that they've done this.

“That will happen across teams—especially in a decent-sized organization, where the developers don't necessarily know all the components that are being brought into a device,” Cope said. “...Before you know it, there are a bunch of different components being put in where only one person knows about each of them. And suddenly, you're shipping something with a lot of open source in it. And some of those licenses can run into trouble, depending on the way you use them.”

Cope did, however, say there are ways for developers to navigate these tricky waters. As more companies integrate open source, best practices are vital. While the origins of code may not be as much of a concern for DIY hobbyists and Makers creating projects in the privacy of their homes, large companies, and serious developers face big consequences if they aren't careful.

“The one thing I always try to point out to people is: Once you've downloaded open-source code, whatever you bring in, you own it in the sense that you're responsible for what's put into your embedded device,” Cope said. “...You can't just kind of sit back and say, 'The community will tell me if something goes wrong.' You're not subscribing to the open-source community. You have to proactively reach out and check, so make that part of your process around adopting open source.”

Everything You Wanted to Know about Quantum Computing
Dec 20, 2018