HomeElectronics10 Breakthrough Futuristic Military Technologies to Watch
Recent
Electronics
Argo AI Expands to Austin and Miami in Search of More Challenges
May 18, 2022
12 Ideas that Could Change the World
May 18, 2022
Making the AC Power Main Intelligent
May 18, 2022
How to Make Sure Your Digital Transformation Doesn’t Fail
May 18, 2022
POLL
The Internet's Grooviest Slideshow of Legendary International Scouts
May 17, 2022
Electronics Industry Bolsters Root of Trust Security Efforts
May 17, 2022
3 Tips for Embedded Software Configuration Management
May 17, 2022
Novel 3D Printing Method Used to Replenish Coral Reefs
May 16, 2022 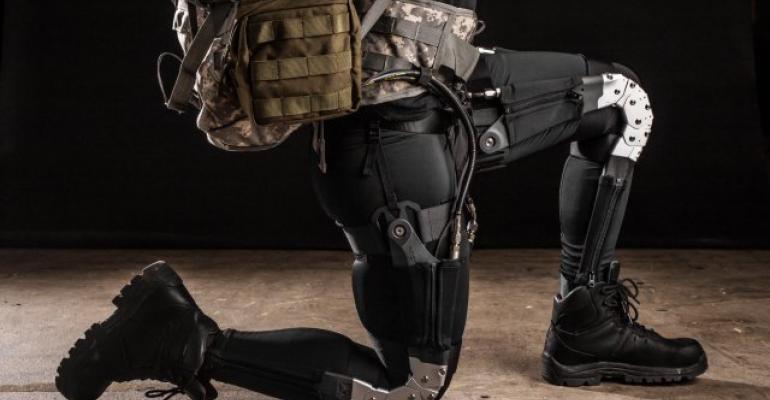 Start Slideshow ›
We're taking a look at 10 of the coolest technologies currently being developed by the US military today.

Over the decades a great deal of technology developed for the military has found its way into the commercial market. From duct tape, to GPS, and even a little thing called the Internet, military tech has a way of influencing not just the lives soldiers but eventually society at large (because duct tape fixes everything!)

So what's next? What's being worked on today that will be the hottest technologies on the future? In honor of Memorial Day, we're talking a look at 10 of the coolest technologies currently being developed by the US military today. Most are connected to the Defense Advanced Research Projects Agency (DARPA), the US government's big R&D agency, but in addition to saving lives on the battlefield, don't be surprised if you see some of these technologies in your daily life some time in the near future.