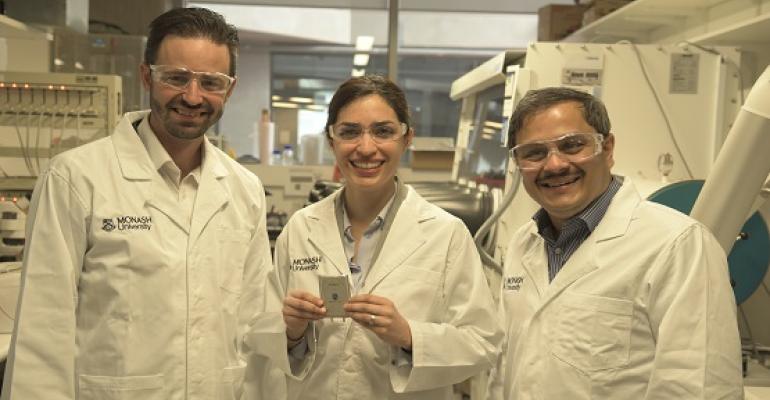 Researchers eye the design — which can power a smartphone for five days straight — for grid-scale energy and EVs, among other applications.

Lithium-ion batteries are still the norm for devices from smartphones to electric vehicles. However, the design is limited in terms of energy storage and efficiency, which is why researchers are seeking other chemistries for energy-storage cells.

One of those designs is a lithium-sulfur battery, which theoretically can hold a charge capacity of six times that of lithium-ion batteries. Researchers at Monash University in Australia have developed the most efficient battery of this kind, which they say is capable of powering a smartphone for five continuous days.

Lithium-sulfur not only has an advantage over lithium-ion in capacity, it also has other environmental and ethical benefits, said Matthew Hill, an associate professor at the university who worked on the research. “Lithium-sulfur batteries use commonly available ingredients, in comparison to the hazardous cobalt often used in lithium ion batteries, which is often mined by children in the Congo,” he told Design News.

Hill and his team—which includes the leader of the research, Mahdokht Shibani from the university’s Department of Mechanical and Aerospace Engineering—aim to commercialize the lithium-sulfur battery they’ve developed, with global partners already showing interest in manufacturing and using the design.

In addition to already filing a patent for their manufacturing process, Germah research-and-development partners Fraunhofer Institute for Material and Beam Technology also have developed prototype cells of the design, Monash researchers said. Scientists plan to test the batteries in automobiles and solar grids in Australia in 2020.

While lithium-sulfur theoretically can outperform lithium-ion batteries, there have been challenges to designing cells that live up to this potential due to the tendency for sulfur cathodes to drop in capacity or performance with higher stress loads.

To overcome this limitations, the Monash team engineered a method that created bonds between particles to accommodate stress and deliver a level of stability that’s unprecedented for this type of battery. “The sulfur cathode shrinks and swells when it stores and releases all this charge, our design allows it to do this while staying together structurally,” said Hill. “This means the tantalizing high capacity can be used over many charge and discharge cycles. We have been able to show much longer cycling lifetimes under relevant conditions for use in the real world.”

Once tests are complete and successful, the team hopes the battery will be mass produced and used for various applications, including “grid-scale renewable energy storage, electric vehicles, and longer lasting devices,” Hill said.