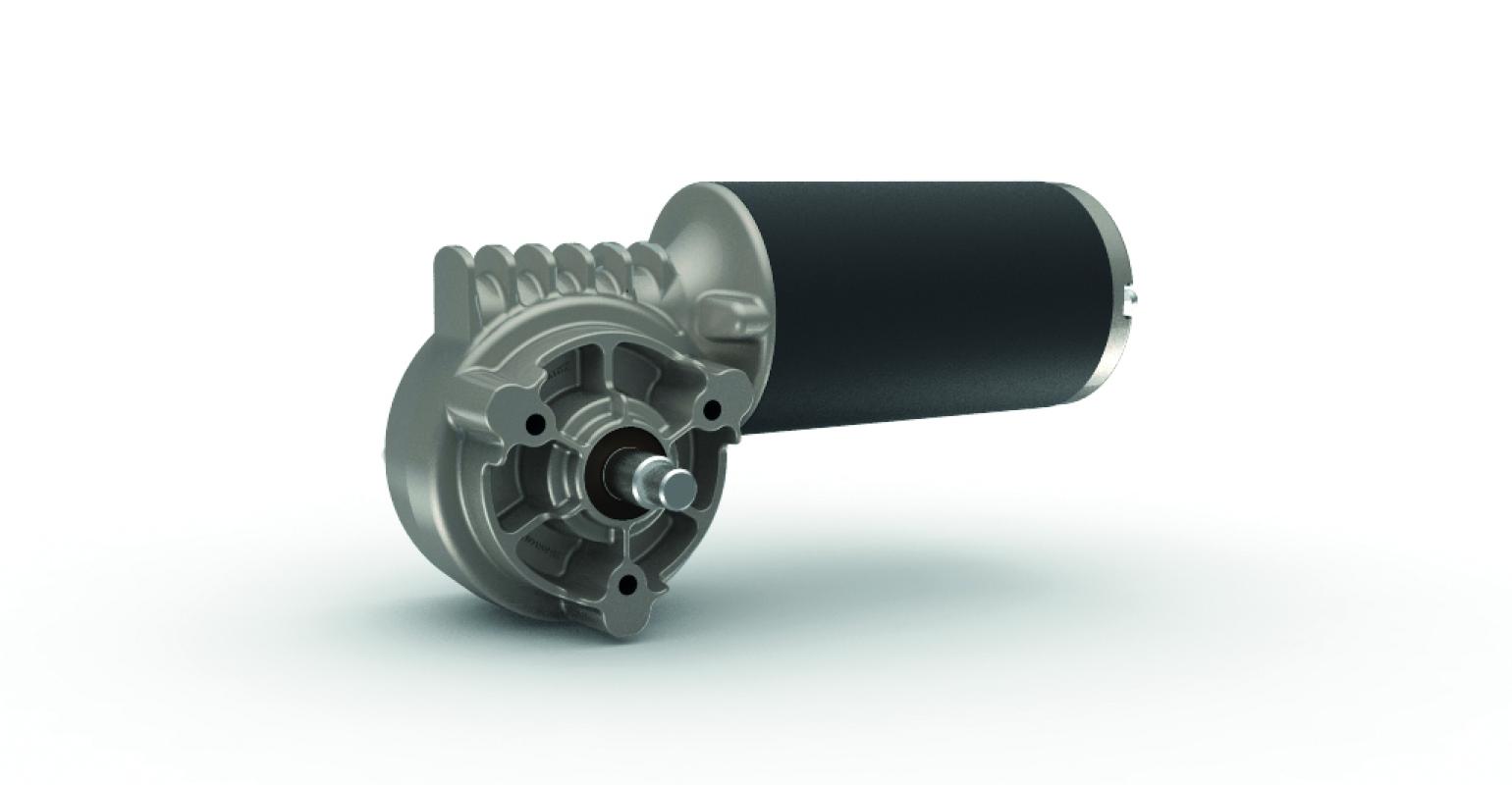 High-strength composite gear train is smaller and lighter for use in heavy-duty vehicles where space is at a premium.

The Viper3 geared motor is said to be quieter, lighter, and more efficient than existing conventional units, while offering 120 N-m of torque in a package envelope that’s 15%-25% smaller. The makers of the motor, Parvalux, a Maxon Motor Co., say the design evolved from a demand by vehicle manufacturers who increasingly wanted better ingress protection along with more compactness. “There is a trend,” noted Paul Bascombe, commercial director for Parvalux. “Everyone wants a lighter, smaller, more compact package.”

The key to the new motor’s compactness is the design of its gear train. Parvalux engineers employed a high-strength advanced composite, then combined that material innovation with a new tooth profile. The new profile creates a more effective “interactive mesh point” between the gearbox’s worm and wheel, allowing for greater strength and higher torque transmission.

Parvalux engineers also enhanced the product’s ingress protection by employing a two-chamber gearbox. In the two-chamber design, all of the electronics are in a sperate area, away from the gear train itself. The resulting rating is IP67, which means it is fully submersible in water up to 1 m deep. That makes it well-suited to applications where windshield wipers may be subjected to rain, hail, or snow, the company said.

Parvalux is targeting the new motor for heavy-duty vehicle applications, such as trains, ships, trucks, and buses. It has already been employed during the past year in those applications in the UK, on the European mainland, and in Asia, but is just now being introduced in the US. The company also foresees its use in stairlifts, hospital hoists, and other applications calling for voltages ranging from 24V to 220V.

Mostly, though, the company’s engineers expect the new motor to be employed in underhood applications where packaging space is at a premium, and in situations where weight reduction is key.

“In a coach, bus truck or train, everyone wants smaller size,” noted Martin Goodship, a senior applications for Parvalux. “Obviously, a smaller package size enables them to put other devices around it.”