Whatever Happens to Tesla, Electrification Will Continue 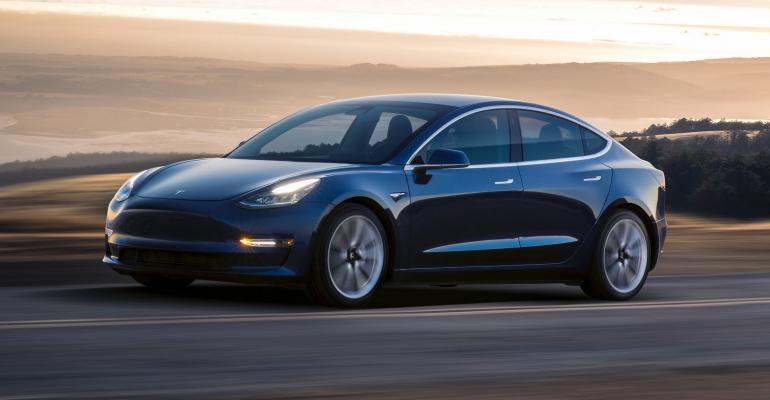 As Tesla struggles, mainstream automakers are lining up to grab their piece of the electric vehicle market.

The irony of the federal investigations, financial struggles, controversial tweets, personnel upheaval, and overall chaos at Tesla Inc. is that it is happening at a time when mainstream manufacturers are moving toward electrification at the fastest pace in automotive history.

For nearly a decade, the auto industry has watched from afar as Tesla captured the public imagination. Now, at the height of Tesla’s struggles, old-line manufacturers are following its lead.

Indeed, mainstream automakers are rushing to outdo one another. Hyundai, for example, is preparing to launch the Kona Electric sport utility vehicle. Similarly, Kia is unveiling its Niro EV crossover. And Jaguar now has its electric $70,000 I-Pace; Audi AG has its $75,000 e-tron; Mercedes-Benz will begin production next year on the EQC electric SUV; and BMW has announced plans for an electric version of the X3 SUV in 2020. At the same time, Ford Motor Co. is investing $11 billion in 40 new electrified vehicles, General Motors is planning to spin more battery-powered cars off its Bolt platform, and Volkswagen has selected 16 production sites around the world to build electric cars.

Meanwhile, Tesla is on a perpetual roller coaster ride of highs and lows. Last Thursday, the Securities and Exchange Commission filed suit to bar CEO and chairman Elon Musk from serving as a company officer. On Saturday, the SEC settled with Musk, allowing him to remain as CEO but preventing him from serving as chairman of the board for three years. On Friday, the company’s stock plunged; on Monday, it soared. On Tuesday, Tesla reported that it hit its production goals for its game-changing Model 3 electric sedan.

Still, the company is not out of the woods. Industry analysts point out that Tesla’s finances are weak, its operations are unprofitable, its deliveries are late, and a flurry of executives have departed. Even though Tesla's worth is greater than that of GM or Ford, it still hasn’t proven that it can turn a profit on electric cars. Moreover, its legal difficulties are not finished. A US Department of Justice investigation remains, among others.

“There’s a high likelihood of bankruptcy in the not-too-distant future, whether Elon Musk is there or not,” Abuelsamid told us. “Their financial situation has always been perilous. And if you follow what’s been happening over the last few weeks, there appears to be some shenanigans going on.”

Abuelsamid pointed to numerous reports suggesting that Tesla in some cases has delayed delivery of vehicles to customers who have paid in full. It also delayed availability of the Model 3 to hundreds of thousands of customers who put down $1,000 deposits, and has failed to provide any Model 3 sedans at the highly publicized $35,000 base price. To date, the lowest-price Model 3 is believed to be $49,000.

Meanwhile, the company has lost numerous high-level executives. Those include engineering chief Doug Field and chief accounting officer Dave Morton, who resigned in September after less than a month on the job.

For now, the stock price looks stable, largely based on the SEC settlement that permits the continuing presence of Elon Musk. “They still have the ‘Elon Effect,’” noted Christopher Robinson, an analyst for Lux Research, Inc. “He’s still the face of Tesla. And, whether it’s warranted or not, investors want him at the company.”

Going forward, Model 3 sales are expected to be a key measure of the company’s success. Most of today’s buyers fall in the “early adopter” category, and analysts say they’ll watch carefully to see whether their early momentum can translate to ongoing sales. “Tesla has lots of reservations right now, but what happens when they work through that reservations list?” Robinson asked. “Are they going to have a half million people every year who want to buy that car? It’s a big question mark.”

If the Model 3 succeeds and the stock price remains stable, most analysts expect Tesla to finally start turning a profit. But if more chaos ensues, they say that Tesla’s status could change dramatically. “Once the stock price drops enough, I would not rule out someone coming in to acquire the assets and preserve the brand,” Abuelsamid said. “If Tesla goes bankrupt, it’s not out of the realm of possibility for someone like Volkswagen to come and pay $5 billion or $10 billion to buy Tesla and add it to the VW Group.”

For industry analysts, the big question is how the growing list of competitors will affect Tesla’s success. The total electric car market, they say, is still a big unknown. Last year, less than 1% of the new vehicles sold in the US were battery-electric. Many observers wonder whether there are enough buyers out there to keep all the competitors, including Tesla, alive.

“For so long, Tesla has owned the luxury electric vehicle market,” noted Brett Smith of the Center for Automotive Research. “They could make mistakes, they could have delays, and they could do all kinds of things wrong, as long as they kept the vision alive. But now, others are coming.”

Indeed, others are coming. The irony is that Tesla is now in the position of having to defend a market that it alone proved was viable back when others didn’t believe in it. “No matter what happens, they’ve achieved their goal of changing the world,” Abuelsamid said. “They’ve already won.”

Still, competitors are lining up for their piece of what used to be a Tesla-dominated market. And given the emission laws in Europe and California, as well as growing competition from China, mainstream automakers are compelled to stay the course—even if their electric cars lose money, analysts say. “Tesla’s competitors won’t change,” Robinson said. “They’ll still keep moving forward with their electrification programs.”