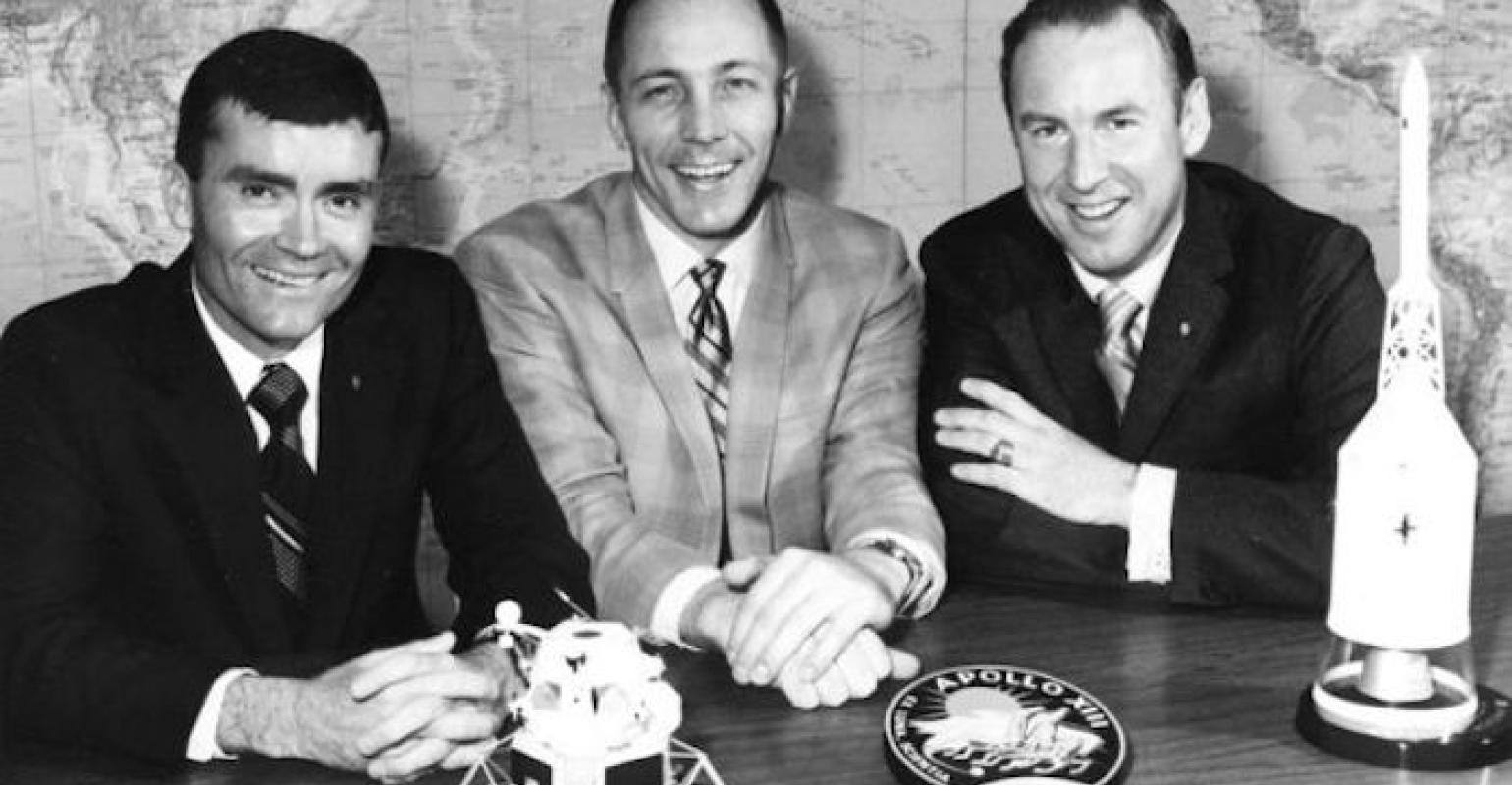 What we can Learn About COVID-19 from Apollo 13

What can be learned from the viral coincidences and technical readiness of the Apollo 13 crisis compared with the coronavirus pandemic?

It was the 11th of April 1970 when astronaut’s Jim Lovell, Fred Haise, and Jack Swigert were launched on the third ever moon landing mission. As they neared their target on the third day of the Apollo 13 mission, one of the oxygen tanks in the Service Module (SM) exploded. It was later determined that the explosion resulted from a series of pre-launch mishaps that led to a sparking from exposed wires within the tank.

The next several days were touch-and-go as the astronauts, Houston ground control and a team of engineers worked to bring the crippled spacecraft and crew safely back to Earth.

Aside from the engineering resourcefulness in safely bringing the spaceship home, the Apollo 13 mission was notable for its illnesses. First, one of the original astronauts – Ken Mattingly – was replaced by Jack Swigert one day before the launch. Mattingly had been exposed to German measles and was quarantined from the crew to prevent infecting his follow space travelers. Then, during the actual flight, Haise came down with a kidney infection that made it challenging for him to fully participate in the Apollo 13 crisis.

German measles, also known as rubella, was a viral infection that resulted in a red rash, fever and swollen lymph nodes. The infection was spread from person to person through contact with droplets from an infected person's sneeze or cough.

Interestingly, the first mixed measles, mumps, and rubella (MMR) vaccine was licensed for public use by Merck in 1971 – a year after the Apollo 13 incident. The standalone rubella vaccination had been available from the mid-1960s, but only following many years of research,  development and testing.

Does the story of the Apollo 13 crisis reveal anything useful in dealing with COVID-19?

First, it serves as a reminder that viruses and other bio-medical challenges have and will (probably) forever continue to plague humankind. Secondly, the way we prepare before and perform during a crisis makes all the difference.

The saving grace of Apollo 13 – aside from the experience and bravery of the 3 astronauts – was the thousands of NASA flight controllers and engineers scattered across the U.S.

At the time, it may have appeared to the outside world that MacGyver or Scotty from Star Trek were working at NASA, using their inventive genius to quickly find an on-the-fly solution. Instead, it was the ground team of engineers that worked round the clock to both bring the crippled spacecraft back home while also hacking together a stop-gap carbon dioxide scrubbing canister, so the crew didn’t die of carbon dioxide poisoning. The amazing success of this technical effort was the result of years of training, education, teamwork, discipline, and investment.

Today, we are witnessing a similar technical effort put forth by the world’s open software and hardware, 3D Printing and academic communities to deal with COVID-19. Although impressive, this engineering support is far less organized, less financially supported and greatly scaled down from its Apollo 13 counterpart.

While the engineering profession can often find quick technological solutions to a variety of problems, the same cannot be said of the bio-medical industry. This is in part because of the necessary regulations and testing needed to ensure that any solution is safe for the human community.

It often takes up to 10 years to develop a vaccine from scratch and involves a combination of public and private involvement. It has been reported that Anthony Fauci, the longtime director of the National Institute of Allergy and Infectious Diseases (N.I.A.I.D.) has noted that a vaccine that you make and start testing in a year is not a vaccine that’s deployable. According to Fauci, the earliest a coronavirus vaccine would be deployable in a year to a year and a half, no matter how fast you go.

The real problem with the past success of vaccines and flu vaccinations is that they seem to breed complacency. The lack of a wide-spread, pandemic-level virus outbreak has given some governments a false sense of security. In turn, this has led to poor decisions like the cutting of or diverting of budges for virus research and vaccine productions to other sometimes politically motivated expenditures.

The result is that today’s bio-medical and health communities are in poor shape to prepare or handle the next major viral epidemic, little lone a pandemic.

It is doubtful there will be a quick fix vaccine for COVID-19 that really works. This means that the Apollo 13 rallying cry of “failure is not an option” has turned into “failure may well be an option” for the COVID-19 pandemic. But failure can be a great teacher if you survive to learn and act on the lessons. Perhaps our best hope is to quickly learn from our mistakes so that we are prepared when the next bio-medical crisis comes our way.