The Vive Pro Is HTC's Push for Better Enterprise VR 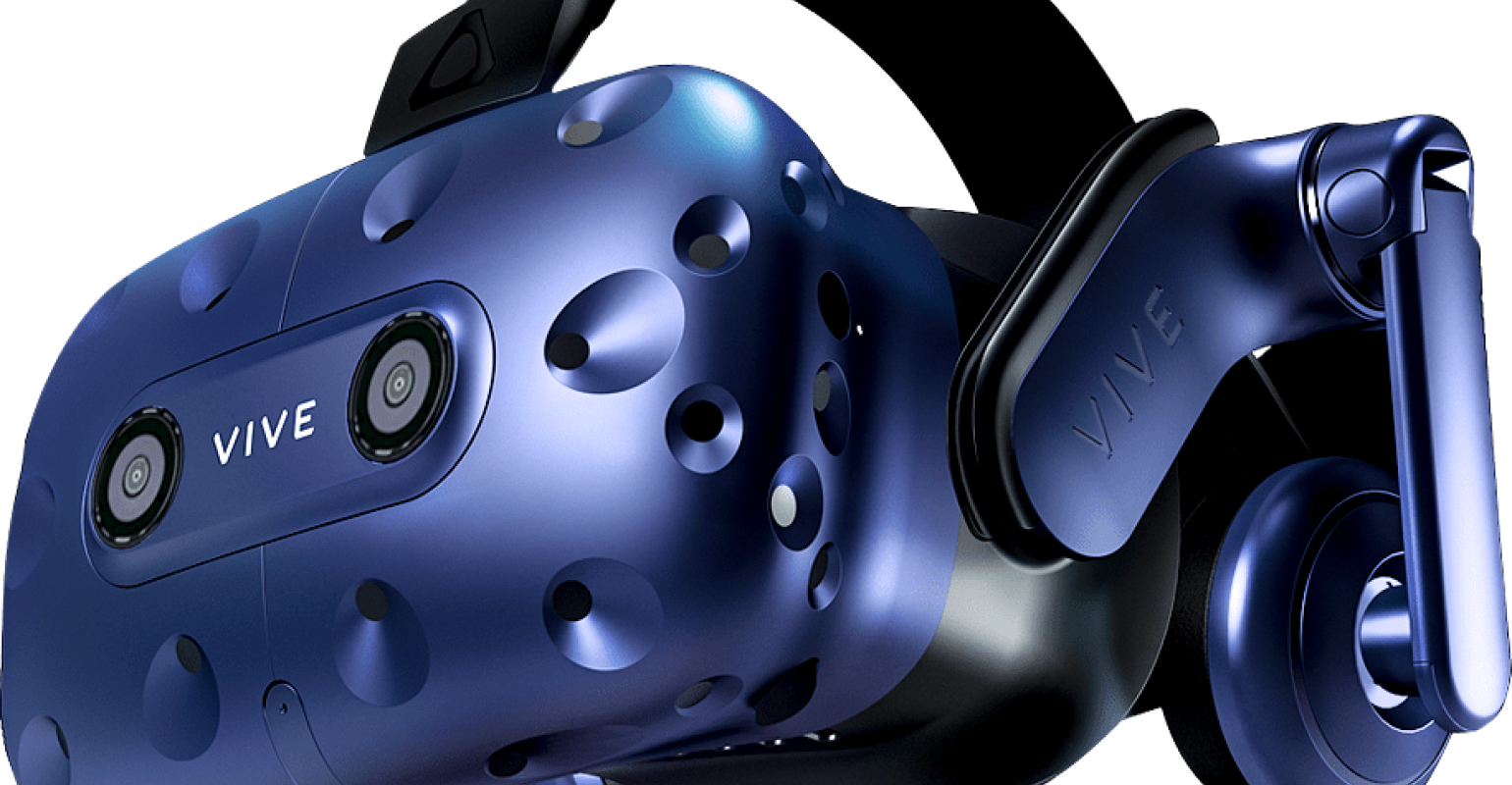 <p><strong><a href="https://developer.vive.com/resources/knowledgebase/intro-vive-srworks-sdk/" target="_blank">Vive Wave and SRWorks SDKs</a></strong></p><p>HTC offers an entire ecosystem for developers looking to create VR content around its Vive brand products. The company recently released the <a href="https://www.designnews.com/electronics-test/vive-pro-htcs-push-better-enterprise-vr/131728862558582" target="_blank">HTC Vive Pro</a> (shown above), with a heavy emphasis on attracting enterprise VR users and developers. It also has a standalone, 6DoF headset: the Vive Focus currently available in China. (HTC says the Vive Focus will be coming to the US and UK sometime in 2018.) Vive also offers peripheral hardware, such as the Vive Tracker, that attaches to third-party hardware like controllers, tools, and cameras, allowing them to be brought into VR experiences as well.</p><p>Given these options, the <a href="https://developer.vive.com/us/wave/" target="_blank">Vive Wave SDK</a> and <a href="https://developer.vive.com/resources/knowledgebase/intro-vive-srworks-sdk/" target="_blank">Vive SRWorks</a> should present attractive options to mobile VR and PC VR developers, respectively. VIVE Wave is an Android-based open platform and toolset (a version that supports Unity is also available) for mobile VR development. It enables interoperability between different headsets and VR-ready smartphones.</p><p>The Vive SRWorks SDK, which is currently in early access, is aimed at developers looking to leverage the HTV Vive Pro, which boasts several enterprise-friendly features. The Pro features stereo front-facing cameras that will allow developers to also create mixed reality experiences (blending interactive virtual objects with the real world). Featuring stereo RGB sensors for 3D perception and depth sensing, the Vive Pro also allows for more immersive and interactive VR environments. SRWorks will work in conjunction with the aforementioned OpenVR SDK and offers support for Unity and Unreal via plugins.</p><p><em>(Image source: HTC)</em></p>
HTC's latest virtual reality headset, the Vive Pro, was designed with the needs and ambitions of engineers and other enterprise users in mind.

While VR enthusiasts and consumers are waiting on the true next generation of headsets, HTC has released a new iteration of the Vive with a particular emphasis on enterprise applications.

The new headset, the HTC Vive Pro, offers a handful of upgrades targeted at achieving a level of image quality and comfort suitable to enterprise VR users. The headset features a 2880 x 1600-pixel resolution (1440 x 1600 pixels per eye) for a 78 percent increase in resolution over the original Vive headset, a 110-degree field of view, and 90 Hz refresh rate.

The Vive Pro comes with the same model of controllers as the original Vive, so there have been no major developments there. However, the controllers do include newer diodes to support the larger tracking space. With a field of 33 x 33 feet, the Vive Pro offers a significant increase in tracking space over the Vive, which features a 15 x 15-foot tracking space.

Design News had an opportunity to try the new headset hands-on at the recent GPU Technology Conference and ergonomically, it feels much lighter than its predecessor. According to HTC, the Vive Pro is designed with a brand new chassis that more evenly distributes weight and lowers stress with a 24% increase in the face gasket surface area. The headset strap now also features an adjustable knob for faster and easier sizing. For someone with a lot of hair and/or glasses, this is probably the easiest VR headset on the market to take on and off.

Other improvements to the Vive Pro include integrated, high-performance headphones with a built-in amplifier, dual microphones with active noise cancellation to offer full-immersion experiences when needed, and dual front-facing cameras to enable XR and mixed reality functionality for developers.

The Killer App is Collaboration

Frank Black, Director of B2B Sales for HTC Vive, told Design News that the Vive Pro is coming to a market at a time when VR has finally reached a level of performance that is ideal for engineers, designers, and other enterprise users. “VR finally has the fidelity that companies are looking for at an affordable price,” Black said. “Coming out of 2017, the conversations [about enterprise VR] I've been having with engineers have changed from, 'What's this for?' to 'How do I scale it?'”

Black said that engineers have been looking for features in VR that aren't necessarily inherent to consumer-grade VR, which focuses more on immersion and entertainment aspects. For enterprise, things like fidelity, having large tracking spaces, and the ability to support multiple users are really key. “When you look at a commercial environment, when you go to work, you go to work with other people, so why should VR be any different?” Black said. “On the consumer side, social applications are the killer app for VR. In enterprise, the killer app is collaboration.”

Black added that while enterprise VR has been around for over 20 years at this point, particularly in the automotive space, early adopters and older technologies have always had issues meeting the demands of design engineers. “Some of the issues with early adoption have been designers asking if it's good enough and how much pixel polishing needs to be done to optimize content at lower resolutions,” Black said. “When you have higher resolutions, you don't have to spend money making lower-polygon models look better. You save a lot of time and money and the quality experience is just that much better. In work environments where you can work collaboratively on design reviews, for example, and do that on a global basis, high-resolution VR is a great tool for that.

“Some of our most demanding customers are engineering teams. Auto companies, for example, are used to working with clay models and practicals. They want to see the reflection off the paint and the granularity. They're doing critical design reviews and quality is everything.”

While more companies are making a shift toward providing VR hardware for enterprise use (Microsoft, for example, has focused their entire mixed reality business model almost exclusively around enterprise), the consumer market is still driving much of the adoption of VR.

Games are still the king of VR for the time being, but Black said that HTC is optimistic that the situation will switch. “What's driving the adoption of the entire market is the consumerization of the technology; doing things like getting rid of expensive opticals and using plastic lenses instead,” Black said. “At some point it will probably switch, where the enterprise groups will be driving the experience compared to consumer. When that will take place is anyone's guess, but right now it's gaming and consumer driving everything.”

One criticism enthusiasts will immediately levy on the the headset is the lack of true next-generation VR functionality. With competitors like Oculus and other companies promising features such as wireless connectivity and inside-out tracking to eliminate the need for cables and external sensors, the fact that the Vive Pro lacks these things can feel more like an iterative step than a true upgrade.

Black said HTC is aware of user demand for these features, but said that HTC prefers to allow the ecosystem of third-party developers around the Vive to tackle them. “We want to solve the problems we're best able to solve and let the larger ecosystem build value for the domain-specific applications,” he said. “Our strategy in the commercial space is all about being an open platform and really developer and partner friendly.” He added that for HTC, the Vive Pro should be looked at as a high-end reference design that the company hopes will set a standard for commercial VR. “Rather than building cost into the headset, we'd prefer to build an ecosystem.”

Wireless functionality for the Vive Pro, for example, can be made possible through a peripheral manufactured by DisplayLink.

Certainly these peripherals come at added cost as well. But Black said that HTC's advice to its enterprise clients is to really make sure they're adopting VR because of the value proposition, and not just adding a shiny new toy to the design workflow. “One thing people need to be careful about is the VR hype cycle,” Black said. “In a commercial space, you really need to be able to identity your value proposition. If you can't quantity that for an end user, it may be too early to consider VR.”

Black said he encourages engineers interested in VR to ask if they're solving big problems that really make an impact on their business. He cited use cases such as oil and gas companies using VR for geospatial awareness as one such application. “You've got big equipment that's hard to move and going to remote locations, so how do you get the equipment in and out?” Black explained, “You take terrain data, look at it, use VR to get a Google Earth view, then you can jump around to various points and see the proper perspective.”

He said HTC's decision to add features such as the two cameras on the front of the Pro are to enable engineers and developers to think of applying the Pro to these big picture scenarios, and not just in VR. “It's really about XR and AR, VR, and everything in between,” Black said. “Right now, the developers are using two cameras on the front of the Pro mainly to map spaces, but we put out a SDK for developers to start working on mixed reality environments and AR overlays.”

“We think any device should have a view to the virtual world," Black added. “Right now, we've just got to nail VR and make sure our customers are successful.”