VeoRide's E-Scooters Know If You're Wearing a Helmet 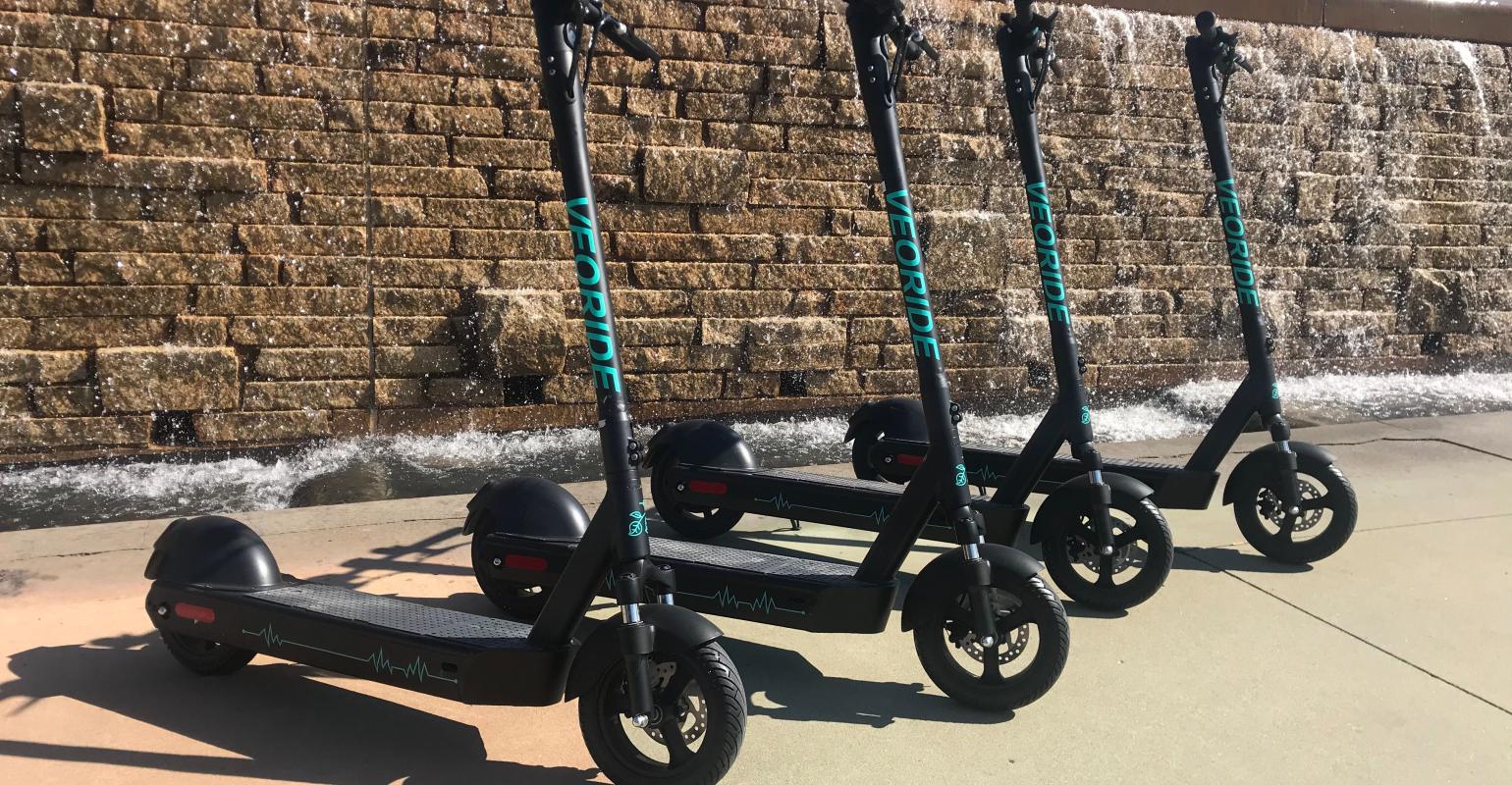 <p><strong>2.) Multimodal mobility</strong></p><p>New options like ridesharing, <a href="https://www.designnews.com/electronics-test/veorides-e-scooters-know-if-youre-wearing-helmet/59423098261673" target="_blank">e-scooters</a>, and electric bikes are transforming the way we think about transportation. Powerful tools have made Big Data collection and analysis seamless. When this data is harnessed under a public-private partnership, it starts to bring flexible, multimodal mobility solutions to life. We are already witnessing this partnership change the travel and tourism industry through white-label journey planning apps. Going forward, urban transportation will get more efficient, streamlined, and, in the long run, sustainable thanks to the adoption of multimodal mobility.</p><p><em>(Image source: VeoRide)</em></p>
VeoRide is rolling out a new feature for its e-scooters that will use AI to detect whether or not riders are wearing helmets.

Is AI the solution to safer e-scooters?

Depending on who you ask, e-scooters are either the next revolution in personal transportation or the worst thing to happen to cities since the traffic congestion they were designed to help alleviate.

However you feel about the popular scooters, there's no denying they could be safer.

VeoRide, a Chicago-based company that distributes its e-scooters throughout the Midwestern US has unveiled a new addition to its scooter app that can tell if riders have a helmet on. Called, Helmet Detection Technology, the company's app can now use the camera on a potential rider's phone to determine if they are wearing a helmet. Riders who are found to be wearing a helmet can be incentivized with discounts or other perks. Someday, if regulations require it, it could even potentially bar riders from activating a scooter if they are not wearing a helmet.

"By creatively using advanced deep learning capabilities, our team has been able to break through and pioneer a workable solution to a very complex technical issue," VeoRide's CTO, Li Zhou said, "We are eager to contribute to an important shift in safety consciousness by developing this innovation which encourages and incentivizes people to wear helmets when riding e-scooters."

A representative from VeoRide told Design News the algorithm behind the helmet detection technology employs an object recognition model that has been trained to specifically recognize helmets. VeoRide said the app was trained with millions of photos in order to be able to detect helmets in real time. The company says the algorithm has been trained well enough that it won't be tricked by hats, a big head of hair, or other types of headgear that could be mistaken for a helmet.

Of course the rider's safety is still very much their own responsibility. The system won't be able to tell if you take your helmet off while riding for some reason.

But helmet detection is only the first in what the company says will be a series of steps to leverage AI to make e-scooters safer. For example, the company is also working on similar detection technology that can be used to determine if a scooter is being driven on a sidewalk (which is prohibited in many cities).

As e-scooters have become an increasingly more common sight (or annoyance) in major cities, there are also growing concerns regarding their safety.

A 2019 study conducted by JAMA in the Santa Monica, Calif. area (location of Bird HQ and arguably ground zero for the e-scooter wave) documented over 200 e-scooter related injuries occurring over the the course of a year that required emergency room visits. The study also found a low instance of helmet use among e-scooter riders (most e-scooters such as the ones available from Bird and Lime travel at a top speed of 15-20 mph). A 2019 investigation by Consumer Reports found there have been at least 1,545 accidents involving e-scooters over the past year that have resulted in injury.

In 2018 a lack of key safety features led Fast Company to declare e-scooters the worst design of the year. The magazine wrote:

“... scooters simply haven’t been designed well enough to get people around safely, legally, or in an environmentally sound way. That includes the industrial design, all the way up to the larger experience design of how scooters inhabit cities.”

VeoRide is currently testing its Helmet Detection Technology in select markets and plans a full rollout of the technology in 2020.