Time for a Reality Check to 5G Exuberance 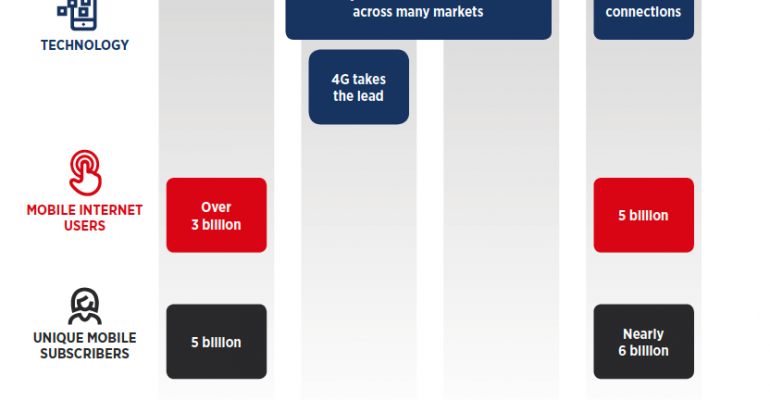 The 5G connection numbers that came out of the recent Mobile World Congress are startling, but do they reflect reality? A recent panel at DesignCon 2018 showed that behind the hype there is a need for more education on what 5G actually comprises, as well as a lot more research on how to actually implement it effectively with respect to power and cost.

The 5G connection numbers that came out of the recent Mobile World Congress 2018 (MWC 2018) in Barcelona are startling, but do they reflect reality? A panel at DesignCon 2018 showed that behind the hype there is a need for more education on what 5G actually comprises, as well as a lot more research on how to actually implement it effectively with respect to power and cost.

In its Mobile Economy report, published annually at MWC, the GSMA predicts that there will be 1.2 billion 5G connections by 2025. Of these connections, 70% of these, the report said, will be mostly in China, the United States, and Japan, with Europe also taking a piece.

This number has software applications and service providers eagerly showing the potential of 5G at MWC, with high-speed video on mobile devices, autonomous vehicles, artificial intelligence (AI) driven backends, and of course Intel’s demo of the first 5G modem in a laptop. The latter was a collaboration between Intel, Microsoft, HP, Dell and Lenovo.

Interestingly, Minnie Ho, one of the lead designers of that 5G XMM 8000 series modem, joined a 5G panel at the recent DesignCon 2018 event in Santa Clara. There, she discussed the state of 5G standards and deployments, and showed the 5G modem, along with the first 5G basestation motherboard, and an experimental phased-array-antenna layout for >6-GHz handset applications.

On the panel, “Working Toward 5G: What's New from Previous Generations,” and in front of approximately 60 hardened test, board, and interconnect engineers were:

The panel moderator was Patrick Mannion, an independent writer and industry analyst who has been tracking developments wireless communications for over 20 years.

While the expectation was that the expertise of the panel would be tapped to get into the details of 5G implementation and solving design issues, two things quickly became apparent: There was a fundamental lack of understanding of what 5G actually is, and that expectations for 5G deployment and capabilities need to be viewed with less hype. There are serious challenges to be overcome.

Intel’s Ho took a stab at describing what 5G is by referring to its enhancements: ultra-reliable, low-latency communications (URLLC), enhanced mobile broadband (eMBB), and massive machine-to-machine (M2M) connectivity. National Instruments’ Ekbal elaborated upon that by pointing out that it uses a flexible frame structure that’s scalable across different radio technologies, frequency bands and uses cases.

However, these descriptions didn’t quite capture the essence of 5G, which is that it’s a collection of technologies and design approaches that are being pulled together under the auspices of the 3GPP to develop a standard to meet the ITR-U’s “IMT-2020” vision of what a connected world should be capable of.

To that end, it has put out a number of minimum requirements, such as a downlink rate of 20 Gbits/s, uplink rates of 20 Gbits/s, user-plane latency of 1 ms, control-plane latency of 20 ms (10 ms “encouraged”), the ability to support up to 1 million devices/km2, 90% reduction in network energy usage, 99.999% network availability, among many others. The point is that 5G isn’t a “technology” per se, it’s a means of wringing the most out of available spectrum and be able to use that spectrum in a flexible, secure, reliable manner.

Under 5G, researchers, silicon providers, system designers, and test and measurement engineers are working to figure out how best to realize the IMT-2020 vision, which requires a rethink of everything, from the radio front end to the core network. To achieve it, they are bringing together a range of well-known techniques, including multi-user MIMO (MU-MIMO), beamforming, low-density parity checking (LDPC) coding, and core network function virtualization (NFV) and software-defined networking (SDN) techniques. They are also turning to new concepts and technologies such as polar modulation and network slicing. The former is a means of improving spectral usage, the latter relies upon a highly flexible – virtualized – core network to provide the right service to the right application, whether that be high speed, or low latency, or massive M2M support.

One of the key enabling aspects for 5G is the use of many bands across wide swath of spectrum, from 600 MHz to 71 GHz, accompanied by a wide range of modulation and encoding schemes. This has turned out to be a mixed bag of pros and cons, and led to a reality check in the lead up to the completion of Phase 1 of the 5G standard in December 2017. With so many options and so many frequencies to simulate before test equipment could be developed, the 3GPP group had to leave out some hoped-for features and spectrum.

Phase 1 of 3GPP Release 15 is a non-standalone (NSA) implementation of 5G that is focused on the radio front end and leverages the current LTE infrastructure to facilitate rapid rollout at lower cost.

While the 3GPP is making progress, chips are starting to emerge and 5G tests are underway. However, as quickly became clear at the DesignCon 5G panel, it’s not going to be easy. For one thing, there’s the issue of power consumption that was brought up by one attendee. For sure, there is a path to low-power handset implementations when one or two antennas are being used, but with multiple antennas, extremely high data rates, and millimeter-wave operation at frequencies above 6 GHz, there are serious concerns about power consumption, as well as space, in the handset.

Ho showed a phased-array antenna array suited to a handset, but while co-panelist Sitch argued strongly in favor of >6-GHz possibilities, other panelists and the audience made it clear that for now, the propagation issues associated with millimeter-wave bands are why much of the current excitement and development remains in the <6-GHz bands. These are bands that operators are well acquainted with, and designers know how to accommodate. Higher bands may have more spectrum to enable higher data rates, but the problem is that in free space, signal strength decrease proportional to the square of the distance between transmitter and receiver, path losses quickly drain battery power.

While this is fundamentally true, the point of 5G, and of the IMT-2020 vision, was restated by National Instruments’ Ekbal. He pointed out, and Sitch agreed, that while there are limitations with using millimeter-wave bands, when properly implemented, 5G radios will be able to evaluate their own performance and look to ambient radio connections to see if they form a more efficient path, and then hop to that other radio, whether it be a closer 5G station, a 4G station, Wi-Fi, or another interface yet to be defined.

The potential capabilities of 5G networks and many announcements of partnerships, rollouts, and services at MWC 2018 stand in stark contrast to the issues designers face in getting 5G systems tested and deployed. Keysight’s Sitch supplied Design News with a quick graphic to show where many of the test issues still need to be sorted out.

For some, the challenges may seem overwhelming, but as the panelists at DesignCon pointed out, solving the design and test challenges provides an opportunity for innovation. the development of new technologies and techniques required to meet the challenges of 5G design and test will keep engi-preneurs prosperously busy for decades to come.