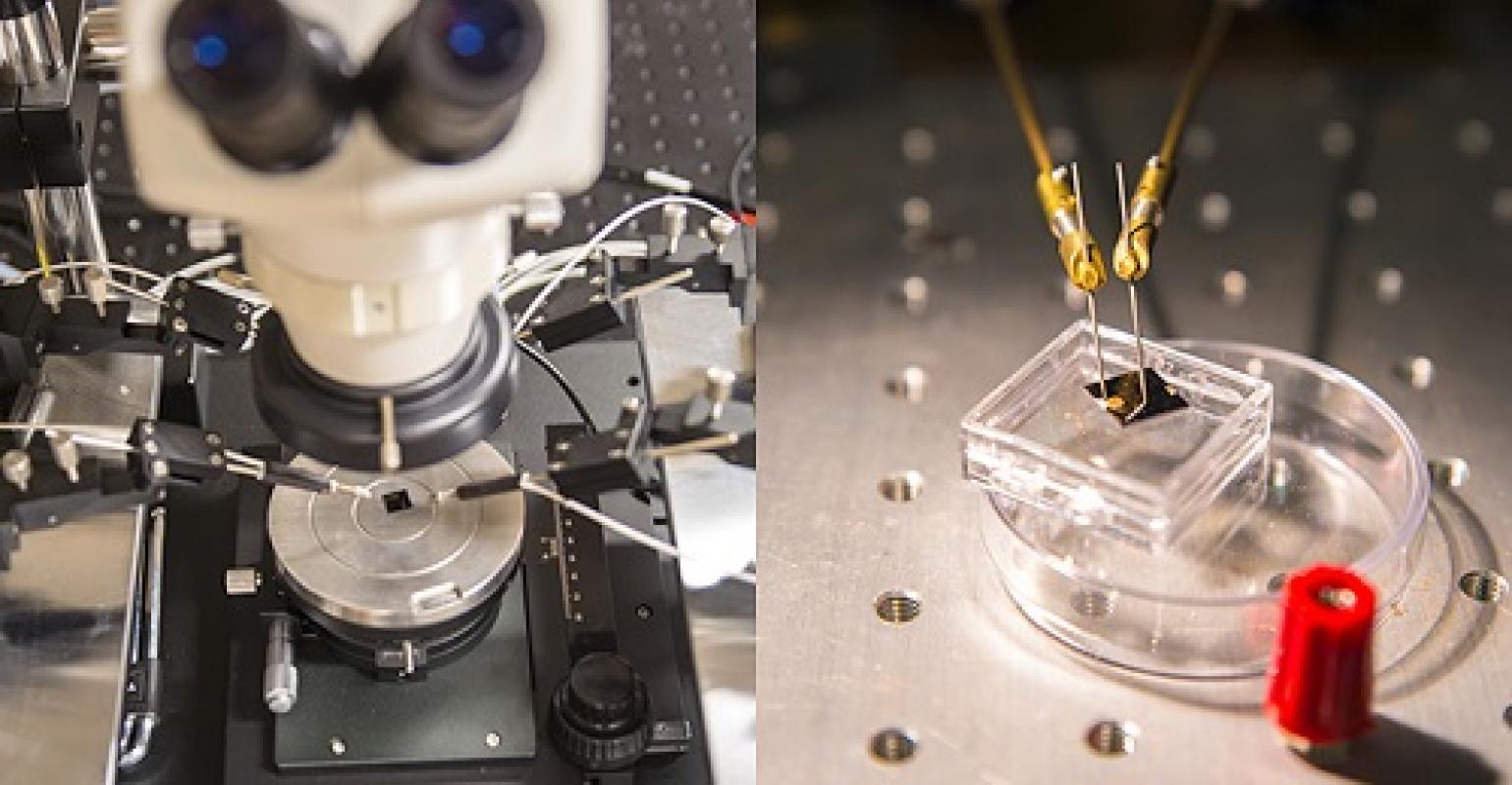 Researchers from Finland’s Aalto University have developed a potential memory solution with the design of the basic building blocks of future components for what are called “neuromorphic” computers, which are inspired by the workings of the human brain.

While much talk of new technologies for the Internet of Things (IoT) focuses on power sources and sensors, memory also is an area that will demand new designs to support the IoT’s significant data-storage requirements.

Researchers from Finland’s Aalto University have developed a potential memory solution with the design of the basic building blocks of future components for what are called “neuromorphic” computers, which are inspired by the workings of the human brain.

The technology the researchers ultimately aim to design called memory resistors, or “memristors,” said Sayani Majumdar, an academy fellow at Aalto University and a researcher on the team. A memristor can keep a memory of its last resistance state even when powered off, she told Design News.

“These components have the ability to change their resistance states continuously rather than only ‘0’ and ‘1’ of the binary memory components,” Majumdar explained. “This offers the opportunity of mimicking the human-brain like activities which is the goal of ‘neuromorphic computing.’”

In other words, memory devices developed in this way potentially allow them to “memorize” information not unlike the brain, to store it for a long time with minute amounts of energy, and to retain the information they have once received even after being switched off and on again, she said.

“The IoT will require storing and processing of unprecedented amount of data,” Majumdar explained. “This will have a huge energy cost. Memristors are not only able to store data, but can process data as well and, due to their ability to store and process in the same unit, the cost of energy is much less.”

Specifically, she and the team developed an organic ferroelectric tunnel junction that has potential for use as a memristor, Majumdar said.

The device has a record-high resistive switching ratio and can be fabricated easily at ambient conditions, she said. Moreover, the technology is made from non-toxic hydrocarbon materials and can be integrated with virtually any metal and semiconductor including silicon, Majumdar said.

The technology developed also is more eco-friendly and less toxic to fabricate because it does not require high-temperature processing or use hazardous metals like lead, barium, and bismuth that can pose serious threat to human health when electronic components become waste material, Majumdar said.

Moreover, the devices “are extremely robust, can handle long and repeated operational stress, and very energy efficient, so they have high potential for implementation a large-scale network,” he added.

Researchers published a paper about their work in the journal Advanced Functional Materials.

The devices the team designed can work in various ways, Majumdar said. They can be used for ion migration, such as in biological system, or for the magnetically or electrically controlled transport of electrons or phase change of materials, she said.

The devices also could act as building blocks for autonomous decision-making machines or systems that can learn from previous experience and make decisions autonomously, Majumdar said. This could be of particular interest to companies such as IBM, Intel, Hewlett-Packard, and other technology companies that increasingly are exploring new technology and research in neuromorphic computing, she added.

“The potential for easy fabrication of our tunnel junctions opens the possibility for printed memristor circuitry that can become extremely interesting [for them],” Majumdar said.

How to Build a Better Product With Knowledge of Industrial Computers
Jun 13, 2021