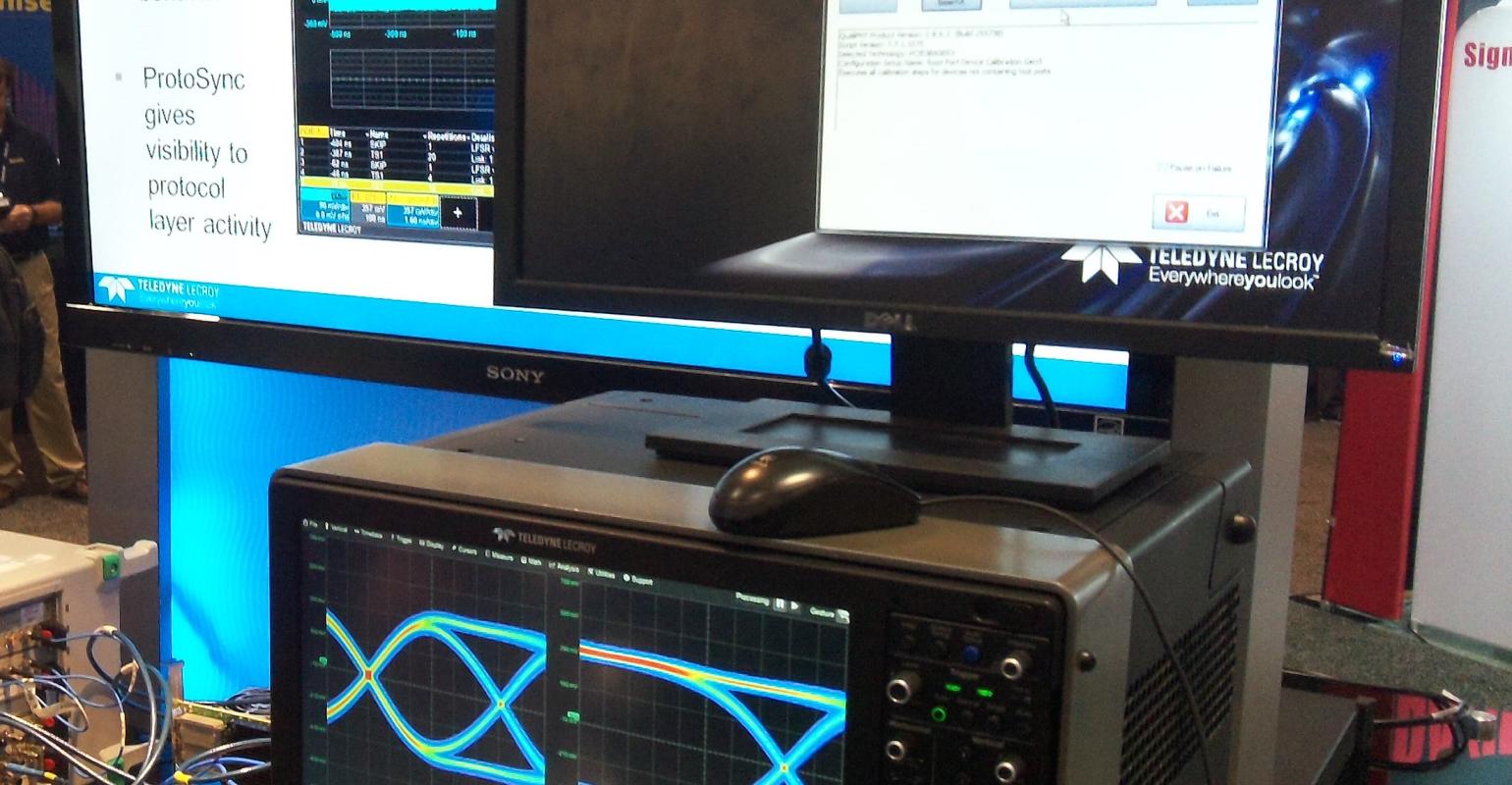 Teledyne LeCroy is rolling out a software solution that promises to speed physical layer testing of PCI Express (PCI-e) 5.0 transmitters and receivers.

The solution, known as QPHY-PCIE5-TX-RX, accelerates the test process by automating transmitter characterization and receiver calibration. It’s aimed at leading-edge engineers who are developing fifth-generation PCI-e chips for servers and network products. “It’s going to make it much faster than doing it manually, because it’s all automated,” Patrick Connally, technical marketing engineer for Teledyne LeCroy, told Design News. “And it’s going to be much more repeatable.”

The software solution, announced at the recent DesignCon 2019 conference, will reach the market this month. It works with Teledyne’s LabMaster 10 Zi-A oscilloscopes and Anritsu’s MP1900A signal quality analyzers, guiding the user through the process of making the necessary connections between the instruments and the device under test. It then automatically configures the system to make the appropriate measurements, performs the test procedure to spec, and compares the results to the appropriate limits in the compliance specification.

The new solution answers an industry need to move to the next level of the PCI Express (Peripheral Component Interconnect) standard. The PCI-e standard, which is essentially a high-speed serial connection, has steadily been boosting its bit rate in response to an industry demand for greater bandwidth. The third generation of the PCI-e standard, which was finished in 2010, offered speeds of 8 GT/s (giga-transfers/sec) and the fourth generation featured 16 GT/s. PCI-e 5.0, which is just rolling out now, boosts that number to 32 GT/s.

Teledyne LeCroy is targeting early adopters of the fifth-generation standard, many of whom are likely to want an automated solution. “It’s a pretty sophisticated test process and it’s time-consuming to do it manually,” Connally said. “So we’ve automated it in a closed loop system because customers are starting to ask for it now.”

Initially, the company expects users to apply the solution to servers and data center applications. Ultimately, it will trickle down to desktop computers, laptops, and tablets, but that migration will take time, Connally said.

“In the beginning, it will be limited to a fairly small number of early adopters,” he told us. “But as the specification moves on, and the eco-system grows, then the market will get a lot bigger.”