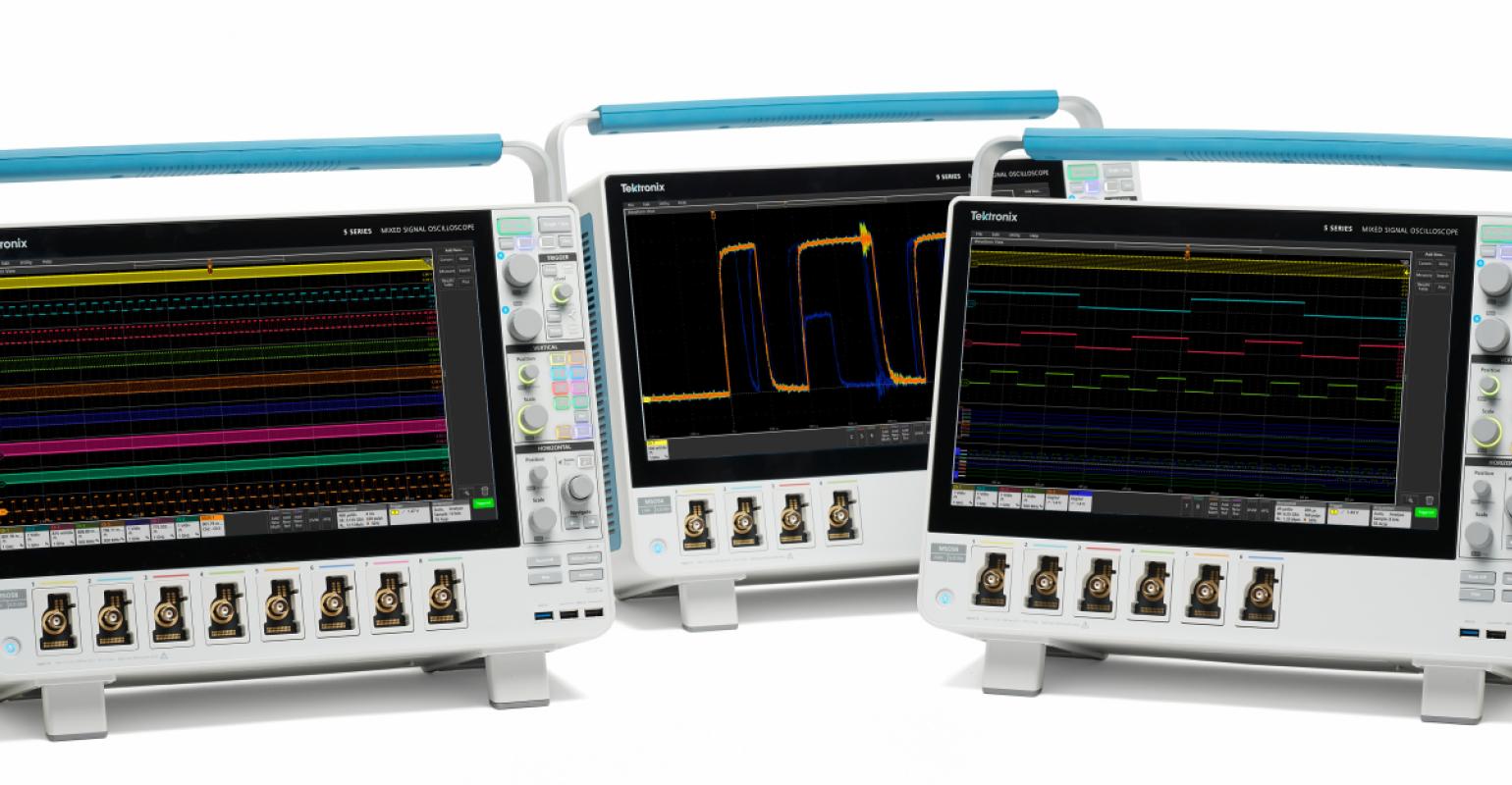 High channel counts and reconfigurability could appeal to a growing swath of embedded designers.

The 5 Series MSO mixed signal oscilloscope is said to offer a series of firsts, including a 4-, 6- and 8-channel product family, reconfigurable scope inputs, a 15.6-inch HD display with capacitive touch and an optional Windows operating system. Tektronix said the new scope is applicable to embedded systems applications ranging from smart watches to hybrid vehicles. “This is not just any new platform, it’s the largest development effort in our company’s history,” Gary Waldo, product planner for Tektronix, told Design News. “Literally every single aspect of this product is new.”

The product family includes the MSO54, MSO56, and MSO58 models, which incorporate four, six, and eight analog channels, respectively. The reconfigurability feature enables the product to offer between eight and 64 digital channels, as well. Bandwidth on the various versions ranges from 350 MHz to 2 GHz.

One of the keys to the new product is Tektronix’s development of a specialized ASIC that integrates much of the conventional scope circuitry into a single chip. “It gave us the ability to put more channels in a single instrument and it gave us the extremely tight integration we wanted between analog and digital channels,” Waldo said.

Multi-channel features are important to a growing number of engineers doing complex design work, Waldo said. Applications such as motor control, inverter design, automotive electronics, power supply design and DC-to-DC power conversion often require more than four channels. They also require the ability to move back and forth between a mixture of analog and digital channels, which is satisfied by the new product’s reconfigurability feature.

Tektronix added to the theme of functional capability by incorporating a big, 15.6-inch, capacitive touch screen with a 1920 x 1080 pixel display, said to be an industry first. In a YouTube video produced by thesignalpath.com, blogger Shahriar Shahramian praised the display, suggested that the large size is long overdue for oscilloscopes, especially for those with high channel counts. “When you have so many channels, the fidelity of the screen is important because you want to see what you’re looking for and you want to put a lot of information on it,” he noted in the video.

Prices for the new scopes range from $12,600 to $40,600, depending on the number of channels and the bandwidth. Waldo expects to see the 5 Series MSO make inroads in military, automotive, consumer and industrial products. “There’s an absolute need in the market place for these kinds of capabilities,” he said.

A CANDID CHAT WITH WOZ. Steve Wozniak will take the stage on June 13 in New York, during Atlantic Design & Manufacturing, the East Coast’s largest design and manufacturing event. The engineer and cult icon will discuss a range of topics that span his experience at Apple, as well as today’s tech trends, such as robotics, IoT and wearables, among others. Register for the event here.