HomeElectronicsTall And Thin Or Short And Fat: Are Engineers Ready For Industry 4.0?
Recent
Electronics
Will I See You at the Virtual 2022 RT-Thread IoT OS Global Tech Conference?
May 27, 2022
Novel Silk-Protein Eyed for Tendon Repair
May 27, 2022
NTT Data Powers Indy 500 Predictive Analytics
May 27, 2022
At NI Connect: More Companies Discuss Benefits of Test
May 27, 2022
POLL
Supplier News is Checking Out Programmable Automation Controllers
May 27, 2022
What's the Latest in Additive Manufacturing?
May 26, 2022
Top Gun: Maverick Roars into Theaters
May 26, 2022
New 3D Printing Technique Prints Glass for Microstructures
May 26, 2022

Tall And Thin Or Short And Fat: Are Engineers Ready For Industry 4.0? 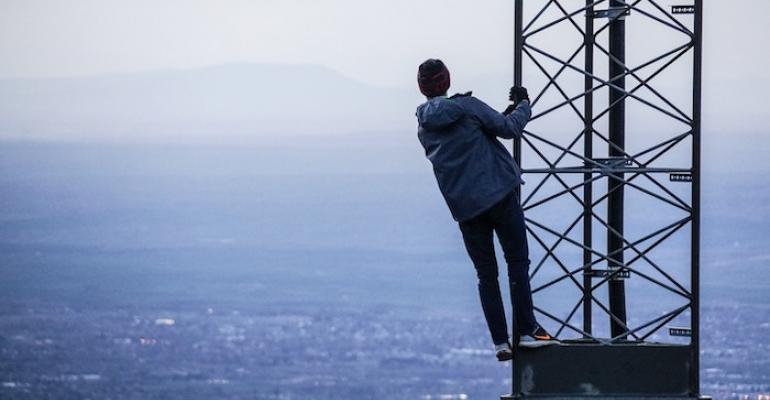 What type of engineer are you and why does it matter?

Are you a tall and thin engineer or maybe a short and fat one? I’m not talking about body shapes, but rather what kind of engineer are you. As unflattering as these phrases appear, they’ve been used in the past to describe two types of engineers: those with broad experiences versus specialists with deeper backgrounds in their domains, respectively. Most recently, the tall-thin phrase has been used to describe engineering experience levels and skills in a data-driven society. But before one can appreciate the modern interpretation, one must first understand a bit of semantic confusion with the term tall, thin engineer.

Historical Viewpoint: At first glance, one might think of a tall, thin engineer in terms of their levels and years of experience, meaning very deep and specific. After all, deep is just another word for tall if you’re looking from the bottom-up. Apparently, that was not the perspective taken by Howard Sachs, VP and general manager of Fujitsu Microelectronics Group’s newly formed LSI division back in the late 90’s. According to Sachs, the idea of a tall, thin engineer was first promoted in the 1980’s at UC Berkeley when the first 3 micron CMOS chips (up to 100k gates) were just coming into the market. There were no real layout tools and in theory one really good engineer could do both design and layout of a chip, in essence, creating the entire chip.

This mythical person was known as a tall, thin engineer, meaning someone whose knowledge was broad and just deep enough for the existing technology to do everything required in the chip development life cycle. Manufacturing of the chip was still left to the fabs.

My Take: Personally, I’ve found Sachs interpretation of the term to be a bit misleading. To me, a tall, thin engineer seems more indicative of a specialist, i.e., someone who has a deep (or tall) understanding in a very narrow (or thin) area of technology.

I guess it really is a matter of perspective. If you view that life cycle development process in the classic way, i.e., as one long, continuous process like the early waterfall model, then a long, tall engineer would start with design, go through implementation (layout) and test to do everything needed to design and deliver the product (except manufacturing). In this case, this mythical tall thin engineer would really be a one laying down across all phases of the development process. It would really be a lazy engineer in repose.

Meanwhile, a decade before the Sachs description of a tall, thin engineer, another profession had emerged with a different perspective of the engineer who could “do it all” or, more accurately, control it all. In the late 1960s, the first comprehensive definition of a systems engineer (SE) emerged from the Department of Defense. The SE was a person with wide engineering and program management skills but who specialty or depth was more limited. Instead of going deep as a specialist might, the SE went broad across a number of technical domains and disciplines.

Today, a systems engineer is associated with many different domains from hardware, software, network, data, systems-of-systems (SoS) and others. Regardless of the domain, a systems engineer would be considered to be a tall, thin engineer. This viewpoint is supported by a paper titled “Maturity Curve of Systems Engineering,” by Roy Alphonso de Souza of the Post Naval Graduate School (2008). In his work, de Souza explained that to be effective as an engineer must possess a series of traits that come from both academic study and practical experience. His approach was to prove this hypothesis via fuzzy logic scales and learning curves. Two variables were to be considered: years of experience and annual income.

I won’t go into the details of this document but rather highlight the definitions of a tall, thin and short-fat engineers. De Souza referenced Caltech Professor Carver Mead’s vision of a "tall, thin man, one who becomes accomplished in all aspects of chip design, from algorithm creation to layout, from concept to chip.” This person was one who possessed a broad technical skill and who could easily integrate concepts from multiple disciplines.

But another engineering type was also emerging at the time, namely, the short, fat person with a specialized set of technical skills but who couldn’t easily integrate concepts from multi-disciplines. Today, we would call this person a specialist without the unflattering and unrealistic “short, fat” reference.

But this figure is somewhat deceptive. For one thing, the descriptive skill blocks don’t line up evenly between these two groups. Secondly and most telling, the entire product life cycle is contained in the uppermost single block under the tall, thin engineer. Today, this block would be represented as a long process that included all of the stages in product development, as I mentioned above.

Now, let’s return to the implications of the tall, thin engineer for modern systems. A few years ago, the World Economic Forum in Davos determined that 7 million jobs, mainly classic office activities, will disappear over the next decade due to the fourth industrial revolution. In that same time frame, it was predicted that 2 million new jobs will be created mainly in the fields of computer science, mathematics, electronics and information technology.

You may remember that Industry 4.0 has been described as a wave of digital transformation that will reshape all of the manufacturing industry. However, this movement has often been treated incorrectly as equivalent to digitalization or complete automation. This view misinterprets the key drive of Industry 4.0, which is the generation of vasts amount of data and the capability to quickly analysis it to make faster decision. The emphasis on decision making based on data fits well into the experience of a systems engineer, who must constantly perform trade-off analysis to determine requirements and decide upon implementation strategies, e.g., between the use of hardware or software.

What kind of engineer will be needed to deal with the challenges and complexity required to handle Industry 4.0? Probably the tall thin engineer of the past but this time armed with the design and development tools of the modern age of electronics. For example, a tall thin engineer would need to use simulation and virtual prototyping tools to handle trade-off analysis of very complex issues. This engineer would probably use familiar with system modeling tools, e.g., SysML. They would also understand testing, manufacturing and production issues – at least to some extent.

Whatever the terminology, today’s needs require both the systems expert and the specialist to create, develop and build products that support Industry 4.0 and all that it encompasses.